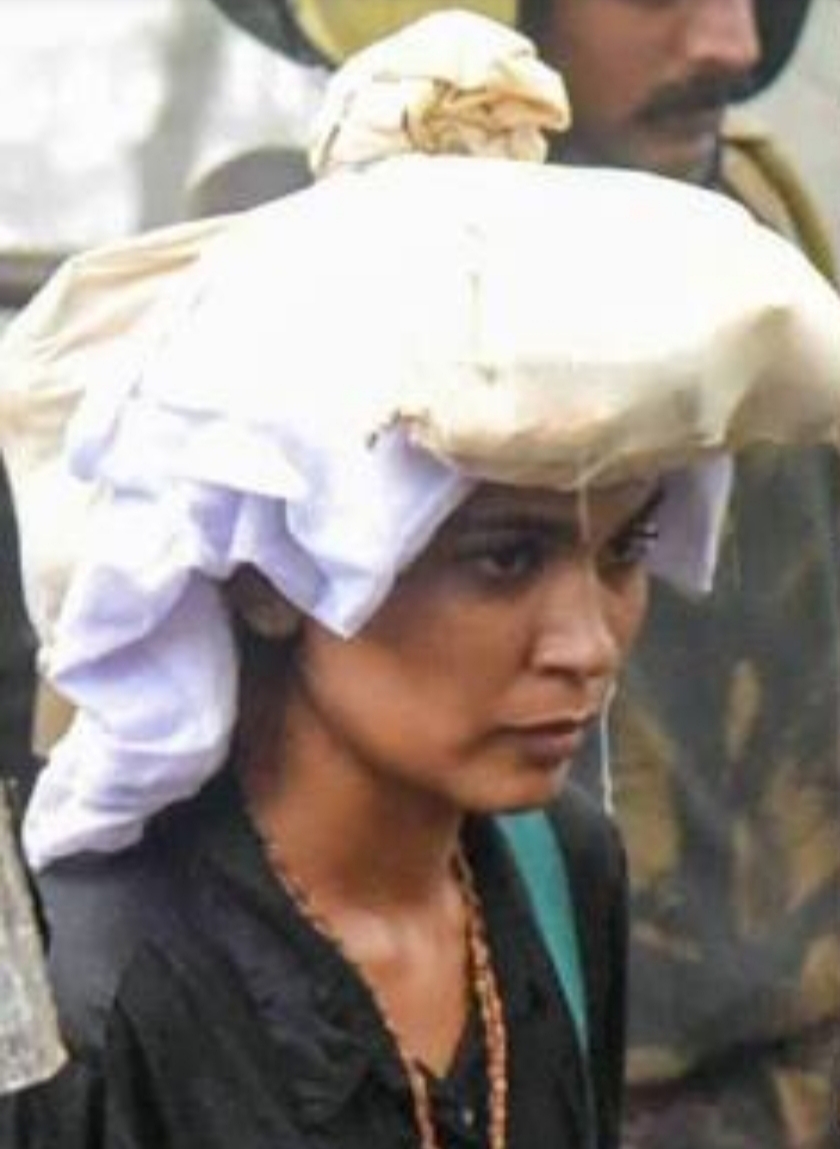 Rehana Fathima, the activist who created a furore when she tried to enter the Lord Ayyappa Temple in Sabarimala following the 2018 Supreme Court verdict allowing women’s entry has been booked by the Kerala police for posting a video on social media platforms in which her two minor children are painting on her naked body.

Police registered a criminal case against Fathima under Section 67 of the IT Act (electronically transmitting sexually explicit content) and Section 75 of the Juvenile Justice Act for cruelty to child. The case was registered following a complaint by a local BJP leader .

In January 2019, a few months after the historic apex court verdict, rehana and another women became the only two women who could reach closest to the temple.

Rehana Fathima had, on June 19, shared a YouTube video on Facebook of her son and daughter painting on her semi-nude body. The video was accompanied by her post with the hashtag #BodyArtPolitics. According to Rehana, the video was made to reiterate that women need to be open about sex and their bodies in a society where sex and nudity are taboo.

However, the activist’s video has drawn criticism on social media, with many users pointing out that the act amounts to child abuse. Some have asked if Rehana would be all right with a father doing the same with his young daughter. Though a complaint has been filed against the activist, the police have not booked Rehana under the Protection of Children against Sexual Offences Act (POCSO).

Police said the complaint was filed by BJP leader AV Arun Prakash. Rehana has been booked under section 67 of the IT Act (publishing or transmitting or causes to be published or transmitted in the electronic form, any material which lascivious or appeals to the prurient interest or tend to deprave and corrupt persons), section 75 of the Juvenile Justice Act for cruelty to child and section 120 of Kerala Police Act (causing through any means of communication, a nuisance of himself to any person by repeated or undesirable or anonymous call, letter, writing, message, email or through messenger).

Rehana Fathima, a former employee of BSNL was forced to quit the PSU after she controversy became her constant companion. She had been arrested and jailed for 18 days for a Facebook post that allegedly hurt the sentiments of Ayyappa devotees.