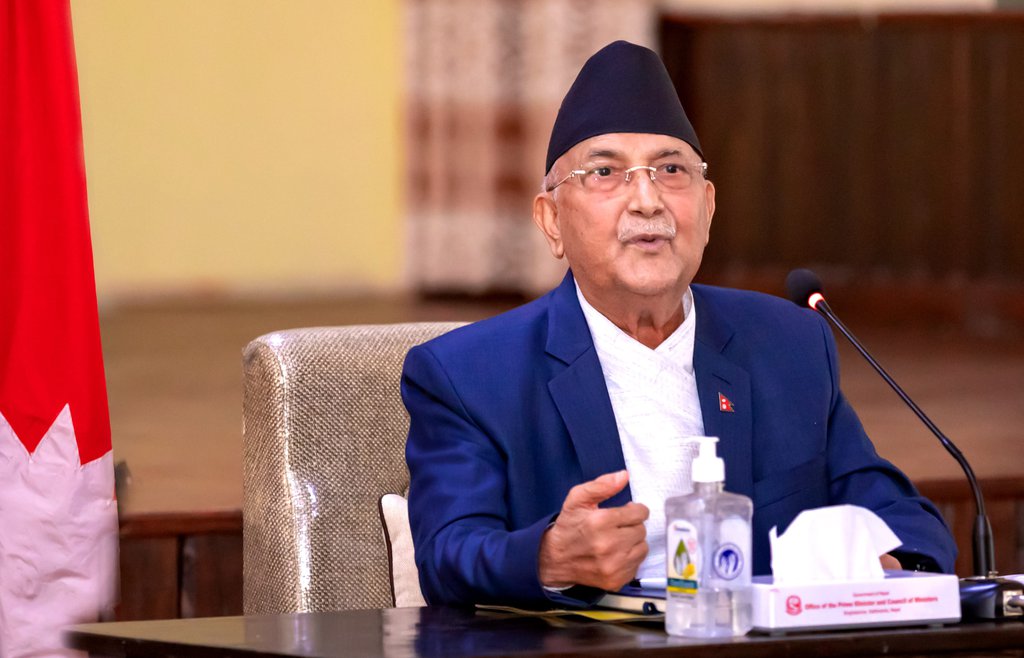 The ruling Nepal Communist Party’s splinter faction on Sunday expelled Prime Minister K.P. Sharma Oli from the party’s general membership amid rising political tensions following his decision to dissolve the lower house of Parliament. Rival faction’s spokesperson Narayankaji Shrestha said Nepal PM Oli no longer remains a member of the party and that the Central Committee Meeting which was conveyed at Paris Danda decided to remove the Nepal PM Oli from the party.

Reports said the Standing Committee meeting led by former prime ministers Prachanda and Madhav Kumar decided to remove Oli after he failed to produce an explanation to his recent moves and unconstitutional decisions as sought by party leadership.

Narayankaji Shrestha said the faction had handed over a letter to the Nepal Prime Minister’s residence to seek clarification over a decision. However, he did not respond to the letter. He said the Central Committee of the party exercised all the executive rights before expelling the PM.

Last week, two senior leaders of the party led a massive rally organised in the capital Kathmandu and warned to evoke Oli’s membership saying his decision of dissolving the lower house of parliament is unconstitutional and has posed serious threats to the country’s federal democratic republic system. They warned that the party will take disciplinary actions against him.

Amid the increasing internal rift in the party, the now-caretaker Prime Minister Oli had decided to dissolve the Parliament on December 20 last year, calling for fresh elections for April and May this year. This step was approved by President Bidya Devi Bhandari.

The now-caretaker Prime Minister Oli had decided to dissolve the Parliament on December 20 last year, calling for fresh elections for April and May this year. President Bidya Devi Bhandari had given her assent to his ordinance.

Soon after his announcement, the NCP split into two factions and now it depends on the Election Commission to come to a conclusion on which faction will retain the election emblem of the sun.