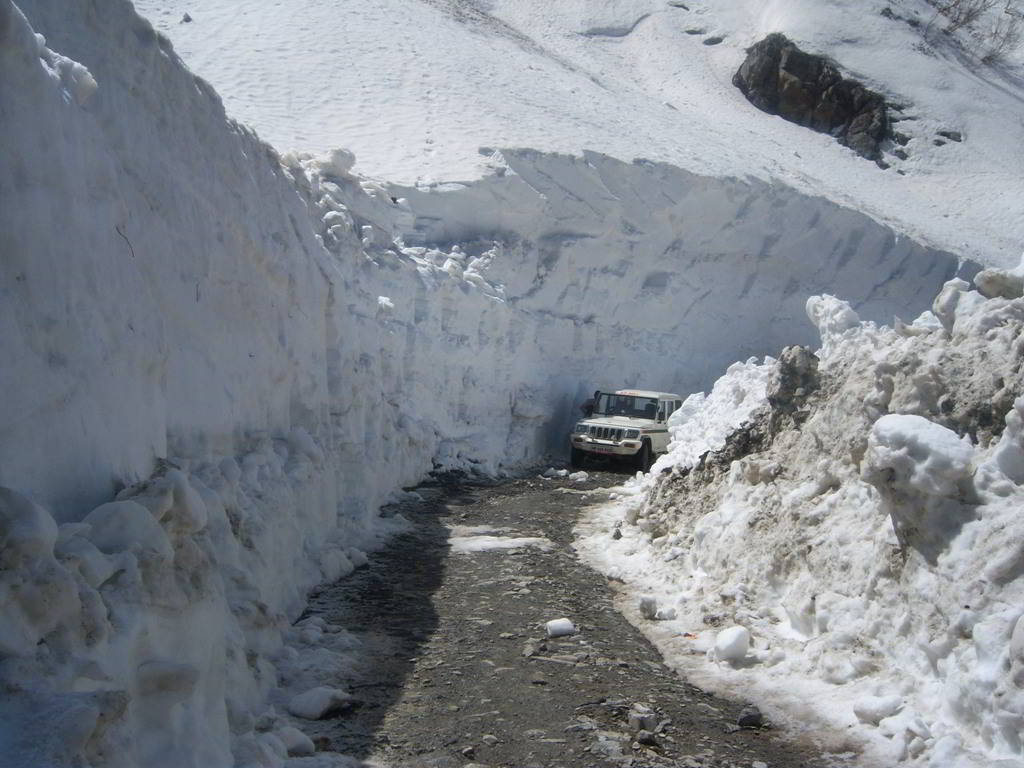 Above: Rohtang Pass in Himachal Pradesh

The National Green Tribunal bench headed by Justices Swatanter Kumar on Thursday (October 12) directed the state of Himachal Pradesh to have a proper discussion and arrive at a balanced, actionable solution on how to preserve the glaciers at Rohtang pass and present it before the NGT bench.

The issue has gone on for some time, and related issues such as how to control the surge of tourists at the pass, going there in polluting cars, can be controlled, were discussed.

The court had provided a solution by reducing the number of times a driver of a tourist cab can go to the pass in a week, which also considered the needs of the driver, because tourism is often the only source of income in these parts.

The issue will be disposed of on the next date of hearing, which is October 17.