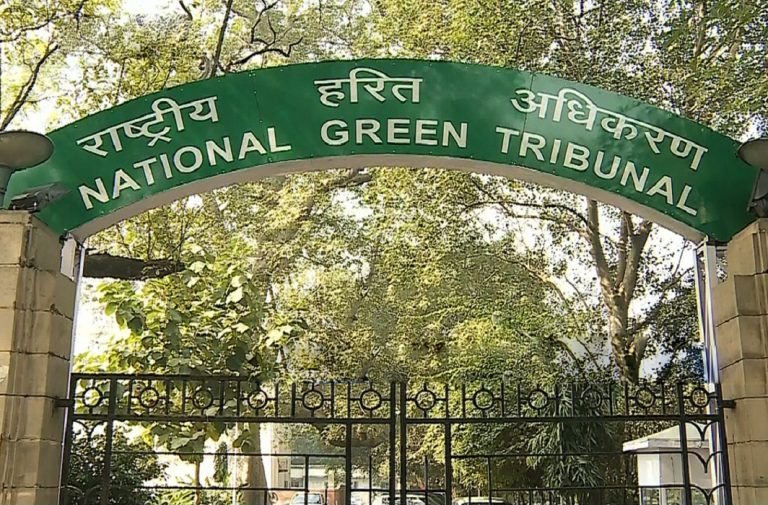 The National Green Tribunal (NGT) principal bench, headed by Justice Swatanter Kumar, came down heavily on a number of hotels in the hill town of Kasauli in Himachal Pradesh for blatantly flouting environment norms. The bench is hearing a batch of petitions filed in this regard by the Society for Preservation of Kasauli and its Environs (SPOKE).

In the case of Valley View Hotel the counsel for the hotel requested the bench to hold the order as the property is in dispute, between occupier and owner. The bench said it was not ready to hold the order, clarifying “this is (a matter) between you. Pay the compensation, seal the basement and demolish the upper floor otherwise the tribunal will seal the property.”

The township planning department submitted that one block is unauthorized so the roof of the third storey also should be demolished. The basement too cannot be used for any purpose. The parking space is being used for other activities.

The Pollution Control Board (PCB) submitted that the hotel had never applied for permission.

The tribunal directed that:

Another hotel, Shubham Propmart Pvt. Ltd. is spread over 11 bighas. The tribunal asked the assistant conservator of forests how he could find only one tree at the time of construction.

Permission was granted in 2014 for six blocks and the hotel has been constructed over five blocks as of now. The problem was that the hotel cut 136 trees for construction. The tribunal directed that the hotel has to plant three trees for each tree cut; that is 136×3 trees. The trees should be of local species. The hotel should then inform the forest department. The DFO will personally inspect the situation and submit the affidavit.

The bench punished the forest department as well, for negligence of duty with a cost of Rs 50,000. The fines would be slapped on the DFO and the Asst. Conservator. This fine will be deducted from their salaries.

During construction the hotel also cut 1 m of dept of hill extra. The bench said this was serious damage to the environment. The hotel was also asked to pay a fine of  Rs 7 lakh as environment compensation. This compensation will be paid to the HP forest department.

The Mashobra Valley View Guest House is a two-storied guest house. It got permission in 2016. They are liable to pay Rs 25,000 as environment compensation.

Sunrise Cottage: Construction on the roof of third floor of this hotel is unauthorized and they don’t have any permission from HP PCB form 2015. The tribunal directed the hotel to take the permission from them within three weeks. Environment compensation charged was Rs two lakh.

Hotel Peace View: There were only two rooms, which have been demolished. Hence the application is disposed of.

Barog Heights Hotel: The hotel has four stories, constructed in 1996. It has a 1.5km kink road leading to it from the main road. The tribunal asked “who gave you authority to make that road?” The counsel for the hotel said the road was already there as there were many cottages before this hotel. No trees were cut as this place is very rocky. The tribunal asked the hotel to submit the judgment of the high court and submit the forest clearance permit.

Safar Mania Hotel has to pay Rs 25,000 as fine to the Himachal Pradesh Forest Department

All Kasauli cases will be taken up on Wednesday (August 2).