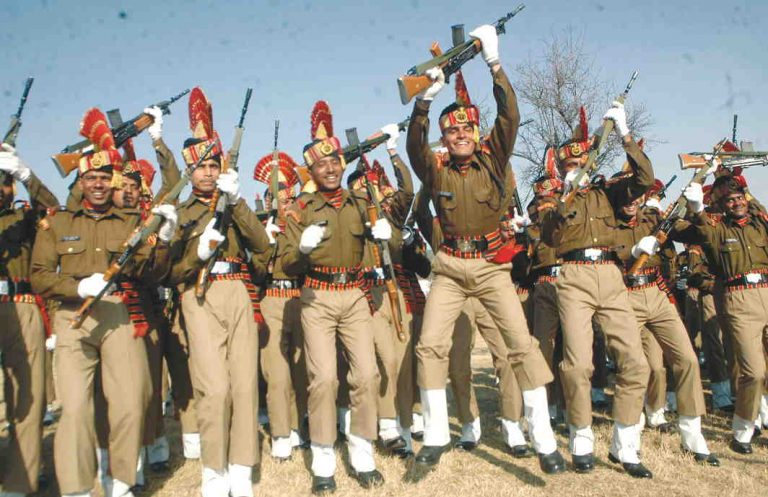 Feeling demoralised and dejected over the unfair deal given to it as compared to the Army, the force has appealed to the courts for justice

“Forward, the Light Brigade!”
Was there a man dismay’d?
Not tho’ the soldier knew
Someone had blunder’d:
Theirs not to make reply,
Theirs not to reason why,
Theirs but to do and die:
Into the valley of Death
Rode the six hundred.”

—Lord Alfred Tennyson in his poem, The Charge of the
Light Brigade, vividly depicts the life of a soldier in combat.

This scenario could well apply to the Border Security Force (BSF) which has been feeling demoralised. It could also apply to other paramilitary forces such as the Central Reserve Police Force (CRPF) and the Indian Tibetan Border Police (ITBP). Things finally came to a head in 2012 when these three forces and retired officers of the BSF and CRPF went to the Delhi High Court protesting that they were denied Non-functional Financial Upgradation (NFFU) when they were already an “organised force”. They claimed that other Group A officers had already been granted such a status. The High Court ruled in their favour in 2015. 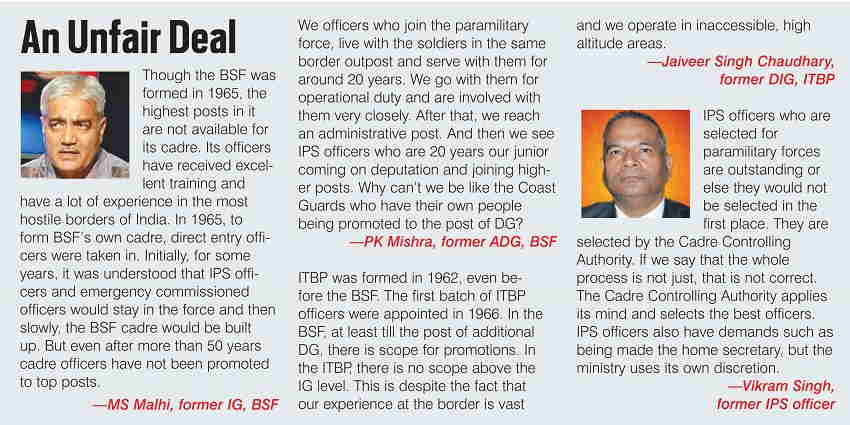 The Delhi High Court held that such a denial was illegal and directed that the said benefit be extended to the BSF as it was already organised since 1986. The centre then filed a Special Leave Petition in the Supreme Court against the High Court judgment. The IPS lobby joined the centre. The Supreme Court in its interim order in February 2017 asked the centre to address all the grievances of these forces and demanded that the charter of duties be placed before it so that it can examine why equal work and equal pay vis-à-vis IPS cadre should not be given to these forces. The next hearing is on August 9.

The BSF was created in 1965 under the union home ministry and its DG is an IPS officer. The parliament enacted the BSF Act, 1968, to regulate its hierarchical positions, recruitments, disciplinary procedures, etc. The ITBP, Sashastra Seema Bal (SSB) and the CRPF were also constituted for internal security.

The main task of the BSF is to guard the borders of India with Pakistan and Bangladesh, including 200 km of the international border of J&K. Its services are also utilised to tackle Maoist and Naga insurgency. Though the BSF is a paramilitary force, its training and living conditions are akin to that of the Army. It is a misnomer to brand the BSF as a civilian force when its duties involve risks and responsibilities like that of the Army. The BSF is the first force which guards the border and the army is stationed behind it. Therefore, the BSF suffers the initial impact of skirmishes at the border. The BSF and the Army fight shoulder to shoulder to repel the onslaught of the enemy, so why should the BSF be discriminated against?

The Supreme Court in Union of India vs. Anand Singh Bisht on August 28, 1996, found that Section 428 of the Cr PC, having provisions regarding detention period, are applicable both to the BSF Act and the Army Act. This implicitly equates the BSF personnel with those in the Army.

The BSF consists of around two lakh personnel. However, this force is headed by IPS officers who come to it for deputation and their position is above that of the BSF commandant. After deputation, the IPS officers go back to their parent cadre. However, the training of IPS officers cannot be compared with those of BSF personnel which is akin to that of the Army. Also, IPS officers have experience only in managing civilian society. They have no knowledge, experience and expertise to manage India’s borders.

A BSF jawan after 20-23 years of service gets only one promotion in his career. The intermediary posts of lance naik and naik have been abolished. BSF officers reach the position of commandant almost after 35 years of service. Very few reach the post of Deputy Inspector General of Police and then have only a short span of service left. The other two higher positions are only to be filled by IPS officers. In the last 50 years, only 11 BSF personnel have been promoted to the post of Deputy Inspector General. Also, 15 percent, i.e., 26 posts are reserved for IPS officers. Currently, only six posts for IPS officers are filled up. As for the rest, IPS officers have declined to take them as they have to work at the border. Regarding Inspector General of Police posts, 50 percent are filled up by deputation from the IPS. Out of three Special Director General posts, two are filled-up by IPS officers. Neither IPS officers at the helm of the BSF nor those in the Union Home Ministry have given any policy push to revamp the BSF and address issues of discipline and grievances.

Due to lack of proper and adequate posts in the higher cadres, it has be-come difficult to motivate jawans and enforce discipline and leadership. No mandatory cadre review committees have been constituted in the last 30 years to address the needs and grievances of the BSF. The rank and file of this force feels demoralised at this step-motherly attitude.

This has resulted in a large number of officers and jawans leaving the force. In a span of three years, nearly three percent of the force, i.e., 7,166 personnel, have left it and about one percent, i.e. 2,583, have taken voluntary retirement. Almost 60 percent of those selected as officers have declined to join it. The best solution would be to dispense with the deputation of IPS officers to the BSF and allow this force to be controlled by its own personnel and extend the same financial benefits as given to the Army.

Innumerable BSF personnel have been martyred in border conflicts and they have been awarded Mahavir Chakras and Vir Chakras. In the words of former British Prime Minister Winston Churchill: “Never was so much owed by so many to so few.”