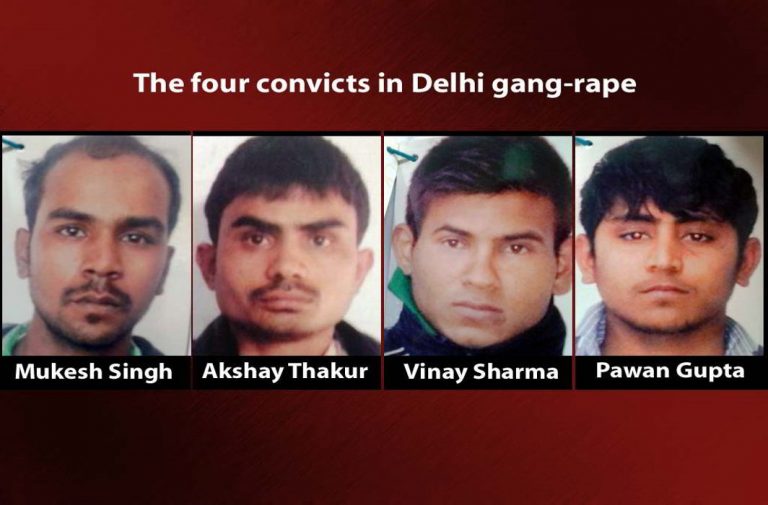 Supreme Court Bench pulled up advocate ML Sharma for alleging that Mukesh, one of the four accused in the case, was framed in the case by the Delhi police

A three-judge Bench of the Supreme Court, on Tuesday, pulled up advocate ML Sharma for alleging that his client, death row convict Mukesh, was framed in the Nirbhaya gangrape case even as the Delhi Police demanded that the top court reject the petition seeking a review of the death penalty awarded to the accused.

The Bench headed by Chief Justice Dipak Misra and comprising Justices R Banumathi and Ashok Bhushan was hearing the review petition filed by Mukesh’s counsel. It would begin proceedings on similar petitions moved by three other death row convicts in the case – Pawan, Akshay Singh and Vinay Sharma – on January 22.

On Tuesday, during the course of the proceedings in the review petition filed against Mukesh’s death penalty, advocate ML Sharma made a slew of bizarre submissions – alleging that his client’s statement that incriminated himself as an accused in the case was obtained by the Delhi police through custodial torture, the state government and Delhi police had “bribed” the parents of Nirbhaya (a name given to the gangrape victim by the media) and that Mukesh was not present at the scene of crime when the shocking incident took place on December 16, 2012.

Chief Justice Dipak Misra squarely rejected the submissions made by counsel Sharma, even sternly admonishing him at one point saying: “What are you arguing… Please make a case for review. Tell us how our conclusion is wrong, prove our analysis of DNA and dying declaration was wrong, investigation was perverse etc. You are only repeating what you argued earlier and raising several new points which is not admissible at review stage (sic).”

Sharma’s arguments were also contested by special public prosecutor Sidharth Luthra, representing the Delhi police. Senior advocate Luthra told the court that the arguments put forth by Sharma to challenge the death penalty awarded to his client Mukesh by the trial court and upheld by the Delhi High Court and the Supreme Court “did not stand in a review petition”. Luthra submitted that Sharma had made similar allegations while arguing for his client in the trial court and the same had been scrutinised and then rejected  at the trial stage as well as during the course of appeal in higher courts.

The special public prosecutor also took offence at Sharma’s claim of bribe being paid to Nirbhaya’s parents by the Delhi government and Delhi police while he rejected the charge that Mukesh’s self-incriminating statement in the case was obtained through coercion. “There was not a whisper of complaint about torture in any of the lower courts,” Luthra told the Supreme Court bench while asserting that the “trial court records were replete with instances of misconduct by the convict.”

Background to the Nirbhaya gangrape case:

Late on the night of December 16, 2012, 23-year-old Nirbhaya – a paramedic student – and her male friend had boarded a bus from a South Delhi locality. Nirbhaya was brutally gangraped by six persons in the moving bus, including a minor, while her companion was also beaten up. The rapists had shoved iron rods into her private parts before dumping the profusely bleeding but still alive Nirbhaya and her friend on a roadside and fleeing from the spot. Following initial treatment at a Delhi hospital, Nirbhaya was flown to a hospital in Singapore for treatment where she succumbed to her severe injuries on December 29.

The case had shaken the entire country due to the extent of sexual violence involved in it and led to mass protests over the issue of lack of women’s safety in the national capital. The then UPA government at the Centre was forced to constitute a committee headed by former Chief Justice of India JS Verma to advise a more stringent law against sexual harassment, rape and similar crimes. The report submitted by the late Justice Verma’s panel had paved the way for stringent anti-rape laws in India.

Five of the accused in the case had been awarded capital punishment by the trial court while the juvenile accused in the case had been sent to a reformation home from where he was released in December 2015. One of the accused, Ram Singh, was found hanging in his cell in Delhi’s Tihar Jail in March 2013. The Supreme Court had, on May 5, upheld the death sentence awarded to the remaining four convicts, including Mukesh, while stating: “If at all there is a case warranting award of death sentence, it is the present case”.