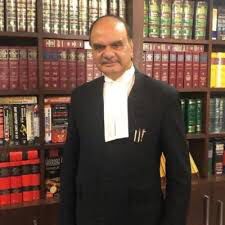 Speaking at a lawyers meet to celebrate Samvidhan Divas in Delhi, organised by Asia Pacific Lawyers Group, Bhan said the Constitution of India frames the rights, principles, procedures, restrictions and duties of the government as well as the people of India.

Constitutionalism is regarded a code for Governance and protection of human rights and fundamental rights enshrined, he said.

Bhan said this day is a reminder to us that while Constitution gives rights to the citizens, frames principles, procedures, restrictions and duties for the government, at the same time it casts duties on citizens to follow the rule of law.

Bhan said to safeguard democracy the people must have a keen sense of independence, self-respect, unity, oneness in diversity and should insist upon choosing as their representatives only such persons who are honest, grounded, good and truthful with utmost commitment to constitutionalism.

Bhan said two independent countries came into being on August 14/15, 1947 in the sub-continent. India has been a successful democracy and constitutionalism has stood the test of being in active practise through institutions. The Indian judiciary has evolved as the custodian of safeguard and protection of human rights. The Constitution declares India a sovereign, socialist, secular, democratic republic, assuring its citizens’ justice, equality, and liberty and endeavours to promote fraternity.

The Indian Constitution stood the test of time as India has been a successful democracy, unlike many countries which became independent at the same time are in continuing political turbulence.

This day was celebrated as a National Law Day and since 2015, after the Government of India issued a gazette notification. The year also marked the 125th birth anniversary of Dr Bhimrao Ramji Ambedkar, the chief architect of the Constitution of India.

Bhan said the National Law Day commemorates the pledge of Purna Swaraj passed in the Lahore session of the Congress in 1930. Mahatma Gandhi said, “Swaraj meant more than independence from the British. It meant both national and personal self-realisation; it meant throwing off foreign ways as well as foreign rule, so that Indians could emerge as masters of their own souls as well as of their political future.”

The Constitution frames the rights, principles, procedures, restrictions and duties of the government as well as the people of India. It also declares India to be a secular, sovereign and a democratic republic.

Bhan said the jurisprudence of constitutionalism has evolved over last six decades towards the protection of fundamental rights and enforcement of rule of law. Constitutionalism means limited government or limitation on government. It is antithesis of arbitrary powers.

Constitutionalism recognizes the need for government with powers but at the same time insists that limitation be placed on those powers. The antithesis of constitutionalism is despotism. A government which goes beyond its limits loses its authority and legitimacy.

Therefore, to preserve the basic freedoms of the individual, and to maintain his dignity and personality, the Constitution should be permeated with constitutionalism; it should have some inbuilt restrictions on the powers conferred by it on governmental organs.