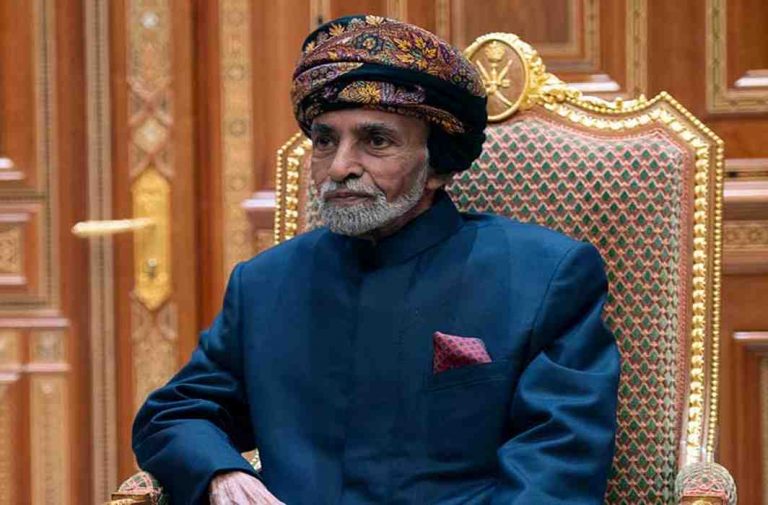 Sultan Qaboos bin Said, the ruler of Oman, who died after a prolonged battle at the age of 79 on Saturday (January 11), will always be remembered for two reasons.

First, Sultan Qaboos was the first Gulf ruler, who despite the member of Gulf Cooperation Council (GCC) opposed the Saudi hegemony in the region and unlike other Arab Gulf states saw Iran, Saudis’ bitter enemy, as a friend.

Second, he was the first Gulf ruler to open diplomatic channel with Israel. The first signs of Oman’s pragmatic foreign policy emerged when it did not snap ties with Egypt when Egyptian President Anwar Sadat signed a peace treaty with Israel in 1979. But the backdoor ties with Israel came out in the open when in November 1995 Israeli Prime Minister Yitzhak Rabin was assassinated during a public rally. Oman not only condemned the Rabin killing but also decided to send its foreign minister Yusuf bin Alawi bin Abdullah to attend the funeral.

After that despite no formal diplomatic relations, Oman and Israel covert ties started warming.

Ronen Bergman, a senior Israeli analyst, says Israel and Oman have been keeping a secret channel of communications since 70s. He says Mossad officials, carrying foreign passports, had been secretly visiting Oman and the surprise visit of Israeli prime minister Benjamin Netanyahu in October 2018 was the result of covert parleys between Mossad and Omani security officials.

Bergman says the visit was a win-win situation for both as Oman was the only route through which Israel could establish covert ties with other Arab and Gulf states and even its bitter enemy Iran. For Oman, it was a clear declaration that the Sultanate, unlike other Gulf states, cannot be considered a vassal of the House of Saud. Moreover, Bergman says it was a masterstroke as it established Oman as a liberal and pragmatic state in the eyes of the West and at the same time it put pressure on other Arab states, who have covert ties with the Jewish state, to come out in the open.

What speaks volumes about Oman’s deft foreign policy is that despite being Iran’s biggest supporter in the region, it was courted by Israel.

Negar Mortazavi, an Iranian-American journalist, says by maintaining neutrality in most regional conflicts, Oman has been uniquely positioned to serve as a diplomatic facilitator in the region.

However, the death of Sultan Qaboos has pushed Oman into unchartered waters. Oman is the only country in the Gulf, which does not have a crown prince as Sultan Qaboos, who never married, did not name his heir.

In a surprise move, Qaboos’s cousin Oxford-educated Haitham bin Tariq al-Said has been named the new ruler of Oman.

Haitham, heritage and culture minister since the mid-1990s, has been preferred over deputy prime minister for international relations and co-operation, Asad bin Tariq al-Said.

Will Haitham, who has been very close to decision-making process be able to steer the Omani ship out of troubled waters? Only time will tell.