PM Modi said the power of justice could be utilised to lead to the progress and development of the country. 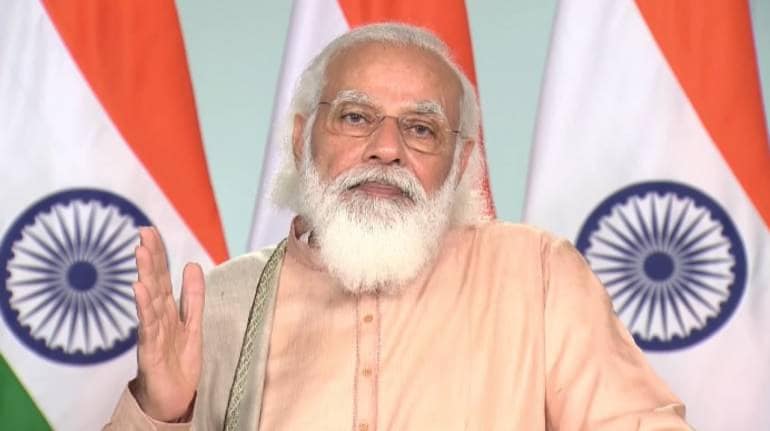 Prime Minister Narendra Modi on Saturday became part of Gujarat’s High Court’s diamond jubilee celebrations via video conference. Speaking on the occasion, PM Modi praised the virtual hearings taking place across courts in India in the middle of the pandemic. He said Indian Supreme Court has become number one in the world in hearing cases through video-conferencing.  A commemorative stamp of Gujarat High Court was also released during the function.

He said in order to boost the efficiency of judiciar, the Centre was looking into enabling Artficial Intelliegence-supported methods. He said with these methods, efficiency and speed of judiciary in taking decisions would increase. He said e-seva kendras are being opened across the country to reduce the digital divide and reduce the burden on courts.

Lauding the Gujarat High Court, the prime minister said it was way ahead of its time. He stressed how the power of justice could be utilised to lead to the progress and development of the country.

Speaking on the occasion, Justice Shah said he was proud and privileged to participate in this important function of release of commemorative stamp of Gujarat High Court on completion of its 60 years. He said he felt it was his special privilege of be part of a function that had country’s most popular, loved, vibrant and visionary leader Narendra Modi in attendance.

He said the high court has always taken a stand for independence of the judiciary and protection of human rights. Solicitor General Tushar Mehta also hailed the Gujarat high court for its accomplishments and said he hopes it will continue to achieve more milestones.