PS Narasimha: Long career capped with ascension to judgeship as ninth member of bar to be elevated 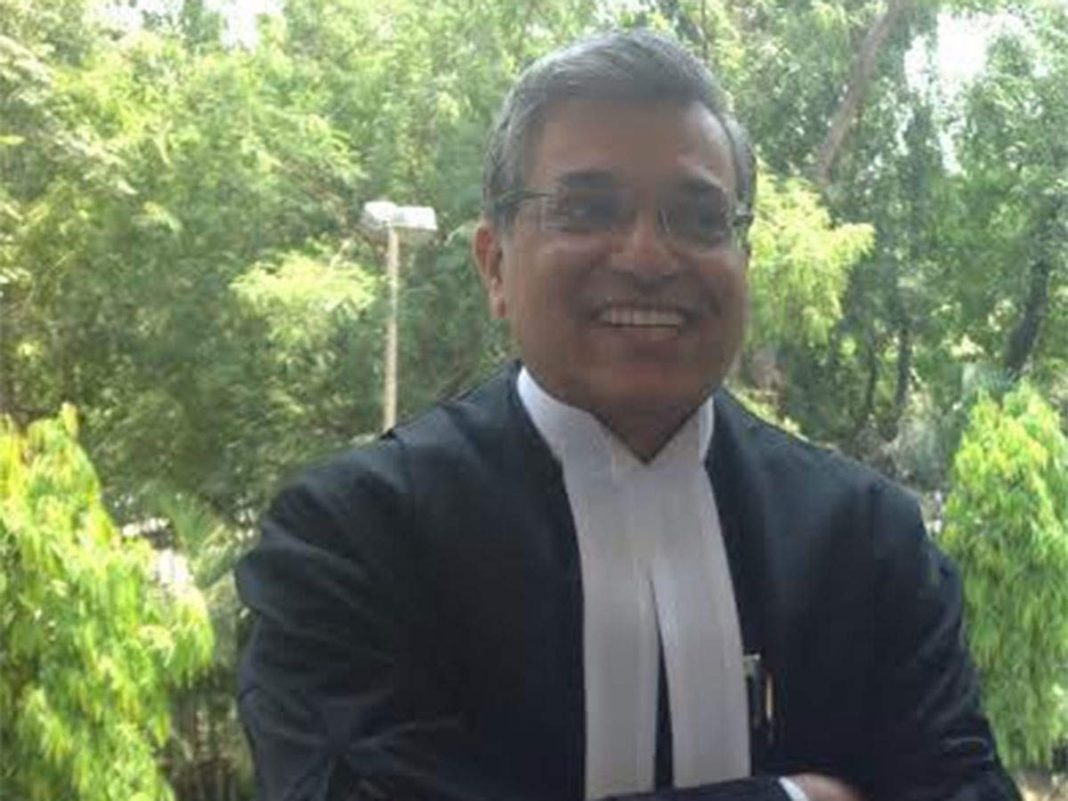 Senior Advocate P.S. Narasimha was born on May 4, 1963. He was appointed as an Additional Solicitor General of India in 2014 and subsequently resigned in 2018. He is the son of illustrious Justice P. Kodanda Ramayya, who played a very important role in publication of major Sanskrit texts with commentaries in Telugu language through Arsha Vijnana Trust. He is known for his deep knowledge of Indian traditional intellectual traditions and is an author on Ramayana and Mahabharata.

The Supreme Court Collegium headed by Chief Justice of India, Justice N. V. Ramana recommended nine names to the Central Government, including that of Senior Advocate P.S.Narasimha, former Additional Solicitor General of India, for appointment as judges of the Supreme Court of India.

Senior Advocate P.S. Narasimha has assisted the apex court in numerous matters requiring constitutional interpretation of issues. He has also served on several committees, including the Statutory Committee for Legal Aid. He has served as a member of the High-Powered Committee, which advocated major reforms to the current arbitration system. He has also been a member of the High-Powered Committee on Restructuring of the Competition Commission of India and Corporate Social Responsibility.

The Senior Advocate has also represented India in a bilateral investment treaty arbitration before the International Tribunal for the Law of the Sea (ITLOS) in Hamburg, Germany, and the Permanent Court of Arbitration at Hague, Netherlands.

In India, he has represented the Central Government before the apex court in a variety of constitutional disputes, including the Right to Information Act, the constitutional validity of criminal defamation, and the well-known National Judicial Appointments Commission (NJAC) issue pertaining to judicial appointments.

Senior Advocate P.S. Narasimha is passionate about legal education and serves on the boards of several prestigious law schools. He also serves as a member of the National Legal Services Authority of India (NALSA), a statutory body tasked with ensuring equal access to justice for all.

Senior Advocate P.S. Narasimha assisted the Supreme Court of India in resolving the Ayodhya-Ram Janmabhoomi case, a property dispute over a religious site that was contested by Hindus and Muslims. In M Siddiq (D) Thr Lrs v. Mahant Suresh Das & Ors, he represented Mahant Ramachandradas. The Supreme Court of India awarded the title of possession to the deity of Shri Ram Virajman (Ram idol), also directing the Central Government to allot 5 acres of land for the construction of a mosque at Ayodhya. The apex court conferred Shri Ram Virajman (placed in the Masjid in 1949), a separate legal personality and held that the idol adequately represents the Hindu interests, the apex court further directed the Central Government to create a Trust that would oversee the construction of a Ram temple at the formerly disputed site.

In The Enrica Lexie Incident (Italy vs India), Hon’ble Senior Advocate P.S. Narasimha, represented India in a case regarding an international controversy,  pertaining to shooting off the two fishermen off the western coast of India. On February 15, 2012, two Indian fishermen were allegedly killed at the hands of two Italian marines aboard the Italian-flagged commercial oil tanker MB Enrica Lexie inside India’s Exclusive Economic Zone. He appeared before the Permanent Court of Arbitration (Tribunal) at Hague, Netherlands . where the Tribunal held that a vessel can take action to protect itself from what it assumed was an attack by pirates. The Tribunal on the issue of the violation of Article 56, United Nation Convention on the Law of the Sea (UNCLOS), rights, jurisdiction and duties of the coastal state in the Exclusive Economic Zone, held that no foreign flagged vessel can proceed to act against the sovereign interests and rights of India in the Exclusive Economic Zones. Furthermore, awarding Rs. 10 crore as compensation to the victims, a mutually agreed amount between India and Italy.

In Lalit Kumar Jain vs Union Of India & Ors. Senior Advocate P.S. Narasimha, assisted the Supreme Court of India in a case involving interpretation of common questions of law, in relation to provisions of the Insolvency and Bankruptcy Code, 2016. He contended that in several judgments, the Supreme Court of India had ruled that conditional legislation is one, where a legislative exercise is complete in itself and the only power and/or function to be delegated to the authority, is to apply the law to a specific area or to determine the time and manner of carrying into effect such law and urged that when legislation is complete, and the executive is left to apply the law to an area or determine the time and manner of carrying it out, that is the only permissible task. However, the executive cannot perform its task outside the power granted to it, choosing the subjects to which the law is to apply. The Supreme Court of India held that the impugned notification was legal and valid. It was also held that approval of a resolution plan relating to a corporate debtor does not operate so as to discharge the liabilities of personal guarantors.

In 2019, Advocate P.S. Narasimha was appointed as amicus curiae in a case involving reforms in BCCI, the final order of Supreme Court of India said constitution of state units should be on “similar lines” to the one followed by BCCI. The Committee of Administrators (COA) interpreted “similar lines” as “mirror image”, causing a rift between the COA and the state units. Furthermore, COA interpreted that tenure of office bearers could only be for a cumulative period of nine years, be it the state or BCCI or combined. The Senior Advocate disagreed with the COA in these regards stating “similar lines” did not mean “mirror image”. He further interpreted that tenure of office bearers could be for two stints of nine years with a cooling period in between, separately in state and BCCI, due to this an agreement was reached by the various stakeholders.

Did you find apk for android? You can find new Free Android Games and apps.
Share
Facebook
Twitter
Pinterest
WhatsApp
Previous articleJustice Vikram Nath: First Chief Justice of a High Court in India to live-stream proceedings on Youtube during Covid-19
Next article9 new Supreme Court judges take oath on a single day, a record; includes judge in-line to be first woman CJI in 2027