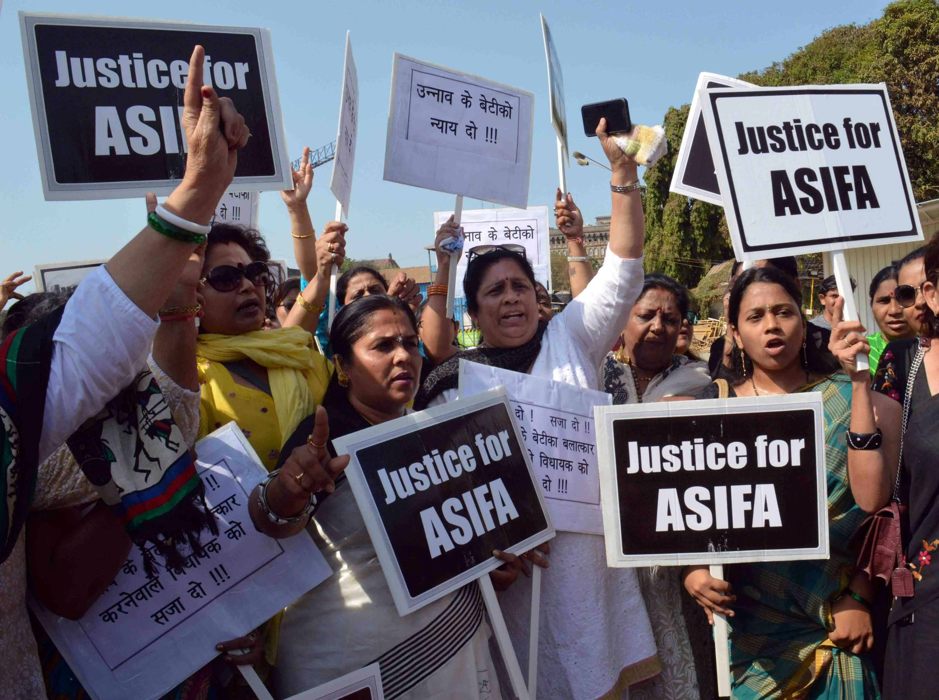 The Supreme Court bench of Chief Justice Dipak Misra and Justices A M Khanwilkar, D Y Chandrachud on Monday (April 16) heard the appeal from the father of the Kathua rape-murder case who had asked for the trial to be shifted out of J&K and decided that the hearing on this will be held on April 27. The court has taken up the appeal, but made it clear that this will not be treated as a PIL.

Senior advocate Indira Jaising said the father of the child has brought in this case. The respondent party is only the state of Jammu and Kashmir. She made it clear that the grievance is not the investigation and that she is not asking for any closure in this matter. The issues are grave and that the police couldn’t file the chargesheet for several hours. The lady police officer had to face a lot of trouble while filing the chargesheet.

She said that the atmosphere in that place (J&K court) is such that the “fair trial will become impossible. The petition pertains to the transfer of the case from Jammu and Kashmir.”

She pointed out that there have been direct attacks on the counsel for the 8-year-old’s father. She said that the investigating officer was told to give up on this case. She also made it clear the was seeking transfer of the trial of the case and not the investigation.

She also sought interim protection for the family of the child and the counsel.

The CJI said: “Basically the case pertains to victim protection?” To this Jaising agreed.

The CJI asked: “Suppose, if we transfer the case, will the investigation continue?”

Jaising said various cases have come up wherein the entire investigation is sought to be transferred to the CBI. However, we only demand for the transfer of the trials.

The letter from the father was submitted before the CJI bench.

The CJI asked: “Why should we enter into the question of who will investigate?”

A PIL was mentioned on behalf of the respondents, to which CJI said that the father of the child is already here, what is the need of a PIL?

A team of five policemen is already with the family of the victim, submits the counsel for the respondents.

The CBI comes in for the investigation only when there is a loophole in the case. The police has a done a god job.

Listing the matter for April 27, the bench said that np multiple counsels will be allowed to argue. The CJI made it clear that this matter will pertain only to victim’s family. It’s not a PIL.

Building of Arogya Setu A...

The Supreme Court, while upholding the order of a disciplinary Committee dismissing a police constable who was acquitted in a murder case, said: “Acquittal in a criminal trial does not conclude a disciplinary enquiry.”
Read more

The Supreme Court has extended interim bail of Sukesh Chandrashekhar, alleged middleman in the AIADMK’s ‘two leaves’ symbol matter, to November 17 on the ground of the COVID infection.
Read more

The Allahabad High court has rejected a revision petition filed by a 14-year-old boy, accused of having sexually molested a child.
Read more