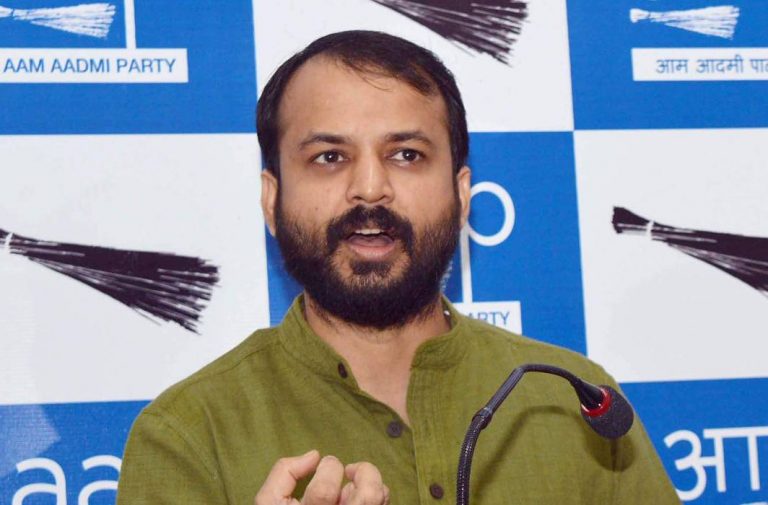 AAP’s Ashish Khetan, vice-chairman of Dialogue and Development Commission of Delhi with a cabinet rank, has been receiving death threats from extreme right wing activist organizations. He has tried lodging FIRs with the Delhi Police, but claims it refused to accept one and he has been at the court doors.

On Monday (July 10), the door to the court was also closed when the Supreme Court bench of Justices AK Goel and UU Lalit turned down his plea for police protection, as per reports.

The bench said it was not possible for the court to pass such an order as lakhs of people would then approach it for protection and nobody would trust the police.

Khetan said he had received many death threats from Sanatan Sanstha and the authorities he approached, including the Centre and Delhi Police refused to take any action.

Arguing  for Khetan, senior advocate Kapil Sibal and lawyer Sunil Fernandes insisted that the court should examine the petition on merit as threats were being made to liberal thinkers and intellectuals from extremist groups “to silence the voice of people by threats, intimidation, violence and even outright murder“.

Sibal said the apex court must take cognisance of the petition, particularly in the present “surcharged atmosphere”.

“You forget about me but there must be some guidelines to protect people facing threats from such groups,” he said.

“The petitioner submits that there are right-wing extremist organisations active in the country today. Some of the prominent groups among them are Sanatan Sanstha, Abhinav Bharat, Hindu Janjagruti Samiti, Hindi Rakshak Samiti, Bajrang Dal, Durga Vahini, Sri Ram Sena and Vishwa Hindu Parishad. Such radical right-wing extremist organisations have notably in the last couple of years carried out several murderous attacks on those who do not share their ideology and those who are rationalists, secularists, free thinkers, anti-superstition and critical thinkers,” Khetan said in his petition.