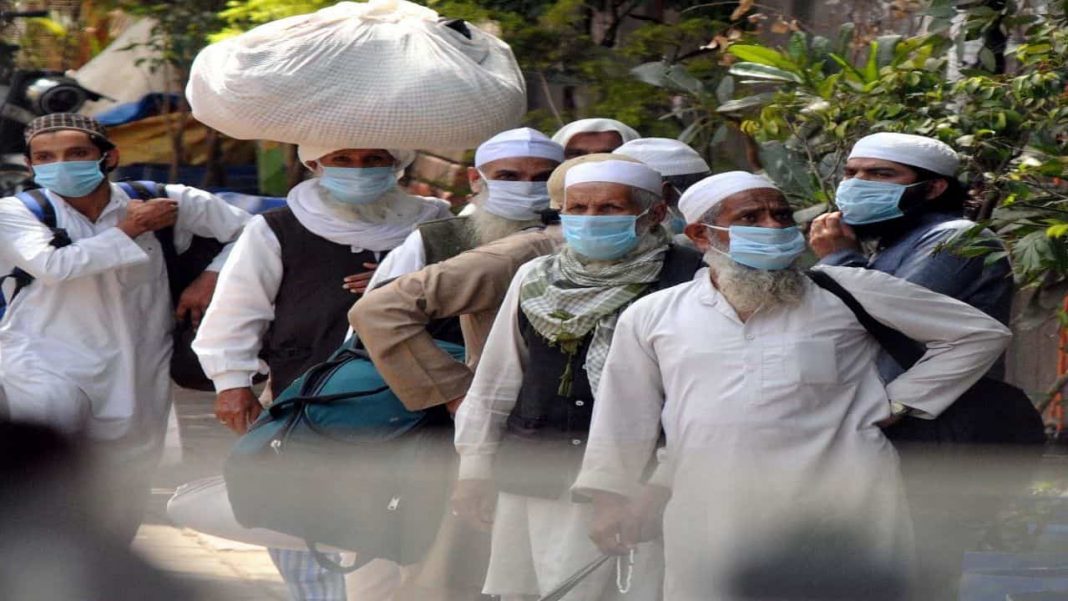 New Delhi (ILNS): The Supreme Court on Tuesday will continue hearing on a plea filed by Jamiat Ulama I Hind against the Union of India – asking it to direct the government and the media not to demonize the entire Muslim community for the spread of COVID-19, because of one religious congregation, by the Tablighi Jamaat at Nizamuddin Markaz.

Previously, the top court bench of Chief Justice S. A. Bobde and Justices A. S. Bopanna and V. Ramasubramanian has directed Solicitor General Tushar Mehta to submit a list of acts on which the government has exercised powers.

During hearing, the bench asked: “Does the government have the power to ban the television broadcasters association?”

Regarding the reply, CJI Bobde objected to a junior officer filing it. That reply had said that no incident had taken place on Jamiat Ulama-I-Hind complaining of Centre not taking any step to stop motivated TV broadcasts targeting the Muslim Community during the Covid pandemic after Tablighi Congregation at Delhi. The SG has agreed to file a fresh affidavit.

The plea filed by Jamiat Ulama-e-Hind and the secretary of its legal cell, through lawyer Ejaz Maqbool, contended that the unfortunate incident of the Tablighi Jamaat was being used to “demonise” and blame the entire Muslim community.

At least 9,000 people had participated in the religious gathering at Tablighi Jamaat’s headquarters in Nizamuddin West this year.

The congregation became a key source for the spread of COVID-19 in India as many of the participants travelled to various parts of the country for missionary works.

Out of the over 4,000 cases of coronavirus in the country, at least 1,445 have been found to be linked to the Tablighi Jamaat congregation in Delhi, the Union health ministry had said.

The plea has sought directions to the Centre to stop dissemination of fake news and take strict action against the section of the media spreading bigotry and communal hatred in relation to the Nizamuddin Markaz issue.

In addition to this, there are several fake reports and videos circulating on social media, showing Muslims in bad light, the plea contended.