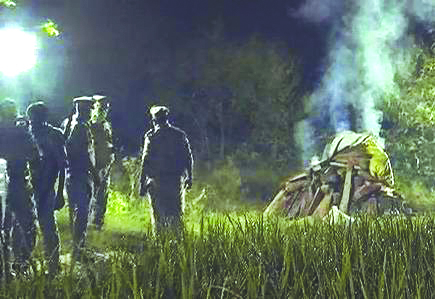 New Delhi (ILNS) : The Supreme Court on Monday will hear the habeas corpus plea filed by the Kerala Union of Working Journalists (KUWJ) seeking the release of its Delhi unit secretary Siddique Kappan from the illegal detention of Uttar Pradesh Police.

The matter was previously listed on October 12, when the bench of Chief Justice of India S. A. Bobde, Justices A. S. Bopanna and V. Ramasubramanian was informed that Kappan has been arrested and charged with sedition. The Uttar Pradesh Police had detained the journalist when he was on his way to cover the controversy surrounding the Hathras gangrape along with 3 others. The Court has allowed the petitioners prayer to amend the writ petition and listed the matter after four weeks.

The KUWJ had moved the Supreme Court after the detention of the journalist on October 6. The petitioners contended that Kappan’s detention violates the fundamental rights guaranteed under Articles 14, 19 and 21 of the Constitution. The petitioners alleged that the detention was in violation of the guidelines issued by the Supreme Court in DK Basu vs State of West Bengal and various other judgements of the Court.

In its plea, the petitioner mentioned that the arrest was made with a view to obstruct the discharge of duty of a journalist. Questioning the detention of the journalist, the petition had said neither the family members nor the colleagues of Kappan were informed about the arrest or the place of detention.