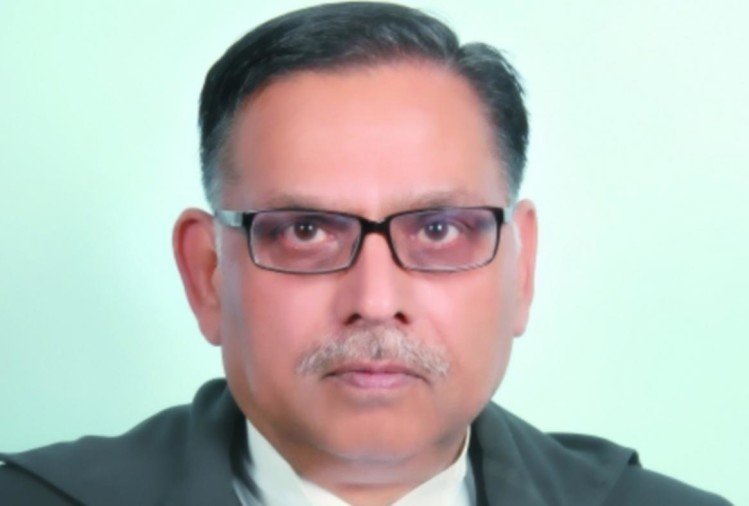 The Supreme Court Bar Association (SCBA), today, organised an event via video conferencing to bid farewell to Justice Ashok Bhushan on his lordships retirement as the Judge of the Apex Court of India.

Senior Advocate Pradeep Rai started the event by laying off a few words about the early life of Justice Bhushan and further elaborated on his achievements, firstly as an advocate and thereafter as the justice of Allahabad High Court, Chief Justice of Kerala and later as the Judge of Supreme Court of India. He then shared one of his personal experiences in the court with Justice Bhushan,

“I remember a matter of Chief Secretary of U. P. in relation to the Noida Land Scam in which I was appearing for the UP Government. Justice Bhushan was sitting in a Bench as Additional Judge presided by Chief Justice of Allahabad AN Ray. We got the judgement of AN Ray first which was completely in favour of Chief Secretary Neera Yadav. However, to our utter surprise Justice Bhushan delivered a dissenting judgement that shows the courage of a young Additional Judge who was yet to be conferred and that confirmation was to be recommended by the same Chief Justice. I observed that despite that judgement Justice Bhushan was the choice of Justice Ray to be the part of his bench and that remains for his entire tenure.”

The Attorney General took up the mic and cited a few good-main points,

“Chief Justice Dixon of Australia has listed out the five qualities of a good judge. The first one is Integrity and there is no doubt that Justice Bhushan had this quality the Second one is equanimity, there are many Advocates who were offered Judgeship but they declined because it takes long hours of listening to the arguments of the Advocates but Justice Bhushan always use to listen to the repetitive arguments of Advocates with a smile on his face, third is Legal Knowledge, which anyone can ascertain by reading the Judgment of Justice Bhushan. The fourth is patience which goes with the equanimity and the last one is Common sense which according to me he possesses in abundance, there is one more quality that Chief Justice Dixon has missed that is Compassion and India being a one of the welfare state, this quality is a must to be possessed by a Judge. In India where the population of more than 200 million lives below the poverty line and therefore in India this quality is the most important  one and what Justice Bhushan will be remembered for a very long time is the compassion for the poor.”

President SCBA Vikas Singh was the next speaker and shared one of his experiences to show how modest and humble Justice Bhushan was inside-court, he said,

“Justice Bhushan has interest in cricket, he also played in ‘Chief Justices-11’, though the team lost, I remember Mr. Yashwant Das was big scorer, so to take dig on him, this one time when I was appearing before my lord, I recalled the game and justice Bhushan had a hearty laugh.”

Mr. Singh also emphasized on Mr. Rai’s words about how calm and composed Justice Bhushan had been his entire career when he said “The feeling was there as our VP (Mr. Rai) correctly said, if you come to the court before Justice Bhushan, you either go back with a good order or good memory”

The Chief Justice N.V. Ramana expressed beautifully about the bond he shares with Justice Bhushan and further his achievements as the member of Bar and Bench both. Justice Ramana felt emotional while bidding farewell to his brother Justice. It was interesting to see how Justice Ramana picked on a statement made by Justice Bhushan day before yesterday on his last day at bench during a case hearing,

“Apart from the philosophy of a Judge, another important component of decision making is the Bar. As Justice Bhushan said day before yesterday the, ‘relationship is like that of the sea and cloud’.” the Chief Justice stated while adoring the philosophy Justice Bhushan has to offer to, from young to experienced members of the bar.

At last, Justice Bhushan addressed the Bar and Bench for the last time as a Justice of the top court of the country, a few words from his speech,

“I am grateful to the Hon’ble Chief, ld. Attorney and President of the bar for the kind words spoken of me and I accept them with all humility as your verdict on me..My duty as a judge, I always remember that the final verdict on my retirement would inevitably have to be pronounced by members of the bar… At this juncture of bidding farewell to all of you, I feel proud of serving the supreme temple of justice with utmost satisfaction. During my tenure I have tried my best to render justice to the people of this country…I can say with conviction and pride that I have been true to my oath to discharge my duty without fear or favour, and that I have upheld the constitution and law…

..Rendering justice is not an act of charity or mercy, protection of rights and freedom is both power and duty of court, and is not just discretion but an obligation of the judge.”

Justice Bhushan once again with all the passion and heart left everyone spellbound when he stated,

“No one can claim to be perfect, for perfection is the domain of God. All that we can do is to try to become less and less imperfect,  As I bid farewell to this great institution, I am reminded of a Sufi Poetry, goodbyes are only for those who love with their eyes because for those who love with heart and soul, there is no such thing as separation”