The RIL promoters and Persons Acting in Concert (PAC) failed to declare the acquisition of more than a 5% stake in the company back in 2000. 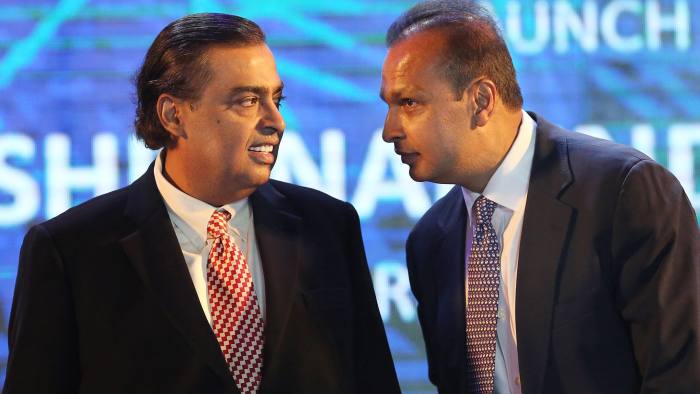 The Securities and Exchange Board of India (SEBI) has imposed a penalty of Rs 25 crore on Reliance Industries Limited, its Chairman Mukesh Ambani, Nita Ambani, his estranged brother Anil Ambani, their mother Kokilaben, Tina Ambani and their children, for devious trading.

In January 2000, RIL had issued Rs 12 crore equity shares to 38 allottee entities consequent to the exercise of the option on warrants attached with non-convertible secured redeemable debentures (NCD) issued in 1994.

However, the promoter group failed to make an open offer as mandated under the Substantial Acquisition of Shares and Takeovers (SAST) Regulations 1997.

The RIL promoters and Persons Acting in Concert (PAC) failed to declare the acquisition of more than a 5% stake in the company back in 2000. Mukesh Ambani and Anil Ambani split the empire of their father Dhirubhai Ambani, according to the 85-page SEBI order.

The order, passed by K. Saravanan, Adjudicating Officer of the SEBI, held, “The acquisition of shares which gives rise to voting rights thereon is a continuous contravention of the bar in law contained in Regulation 11 as the Acquirers and Persons acting in Control are not ‘entitled’in law to lawfully exercise the voting rights based on such a null and void acquisition. This cannot be considered as anything but a continuing failure to give the public announcement of the open offer as required under Regulation 11(1) of of the Takeover Regulations.”

“No quantifiable figures or data are available on record to assess the disproportionate gain or unfair advantage and amount of loss caused to an investor or group of investors as a result of the default committed by the noticee,” noted SEBI.

Referring to Section 8 of the Hindu Minority and Guardians Act, the SEBI held that Mukesh Ambani and Anil Ambani were the natural guardians of their children. Hence, they were liable on account of the violation in respect of the shares held by their children, who were minors on the date of violation.

In its reply to SEBI, the RIL argued that the initiation of adjudication proceedings in this case with a huge inordinate delay was “unreasonable, arbitrary and causes substantial prejudice to the noticees.”

The order noted that “that the amount of profits made out of such failure has not been brought out in the available records for computing the amount of penalty in terms of Section 15H of the SEBI Act, 1992.”

“In the event of failure to pay the said amount of penalty within 45 days of the receipt of this Order, SEBI may initiate consequential actions including but not limited to recovery proceedings under Section 28A of the SEBI Act, 1992 for realization of the said amount of penalty along with interest thereon, inter alia, by attachment and sale of movable and immovable properties,” the order reads in conclusion.