It was further argued that Sidhu instigated people to hoist flag on the top of the Red Fort. "Red Fort wasn't even a part of the route or the protest. 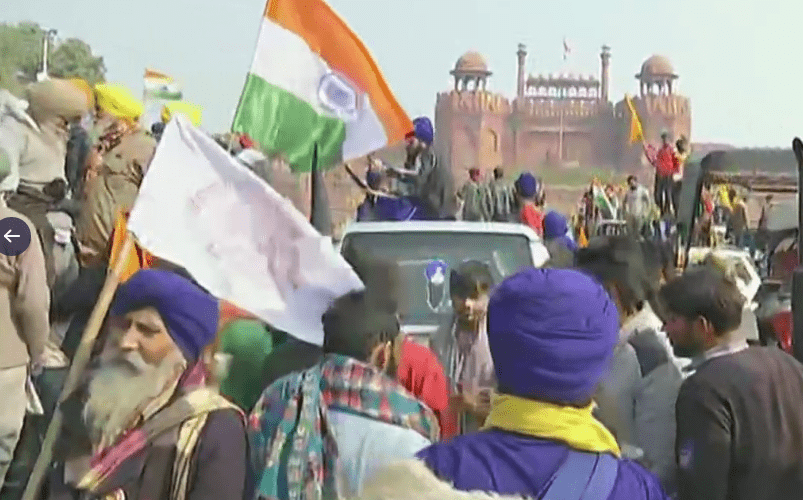 A Delhi court on Thursday called for the transcripts of speeches given by January 26 Red Fort violence accused Deep Sidhu while hearing his application for bail in a case relating to violence that broke out after the farmers’ tractor rally on Republic Day.

The order was passed by Additional Sessions Judge (ASJ) Neelofer Abida Perveen while posting the matter for further hearing on April 12. The Public Prosecutor told the court that the attack on policemen began after Sidhu reached Red Fort. “Sidhu went to the rampant and instigates people. Then he does sloganeer there. At around 1:54 PM he came there. 144 police officials sustained grievous injuries as some protestors tried to crush them under the wheel of the tractor. Many policemen were also hit with a sword. Attack on policemen began after he reached there,” the public prosecutor told the court.

It was further argued that Sidhu instigated people to hoist flag on the top of the Red Fort. “Red Fort wasn’t even a part of the route or the protest. It’s a highly secured zone. This was only an attempt to defame India,” he argued.

Appearing for Deep Sidhu, Advocate Abhishek Gupta argued before the court that only allegation against the petitioner that he did a live from the Red Fort and that’s how they have kicked in his name.

“I posted that video where people where holding a flag which is hoisted on every gurdwara and also the national flag. Slogans were there, these slogans, including Jo Bole So Nihal, are spiritual, in fact they are also used by the Indian Army. There is no crime to raise these slogans,” Gupta argued.

“The petitioner came much later, he was resting at Murthal in a resort and left from there around 12:15 p.m. CCTV Footage, Checkout Bill and payment details show I left after 12:15 p.m. They (Police) have verified all the facts including my phone location,” Gupta submitted.

Sidhu was arrested by the Delhi Police Special Cell on February 9 for his alleged involvement in the January 26 violence in Delhi after which was he was sent to seven-day police custody the same day. Currently, he is in judicial custody.