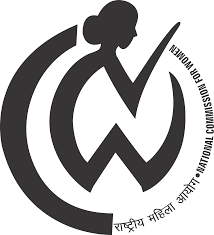 The National Commission for Women on Tuesday took cognisance of a woman, who set herself ablaze before the Supreme Court, alleging that she had lodged a rape case against MP Atul Rai, but the Uttar Pradesh Police, instead of helping her, issued a non-bailable warrant against her.

NCW Chairperson Rekha Sharma said she has written a letter to the Director General of Police, Uttar Pradesh seeking a detailed action taken report on the matter. The Commission also sought explanation on the necessary action taken by Police to provide safety and security to the rape victim, added Ms Sharma.

According to the statement issued by the Commission, NCW came across a media post, wherein it has been reported that a woman and a man attempted self-immolation outside gate number D of Supreme Court on Monday.

The Commission noted that the victim, before setting herself ablaze, had mentioned that she was being harassed and threatened by the accused.

Ms Sharma further addressed a letter to the Commissioner of Police, Delhi, to conduct a separate inquiry in the matter on the basis of provisions of the law and submit the report “at the earliest”.

NCW has also asked for action against erring police officers for dereliction of duty. As both the woman and the man are admitted in Ram Manohar Lohia Hospital of Delhi, the Commission asked to provide all necessary medical and financial assistance to them.