Sorabjee was honoured with the Padma Vibhushan award, the second-highest civilian award in the country, in March 2002, for his defence of freedom of speech and the protection of human rights. 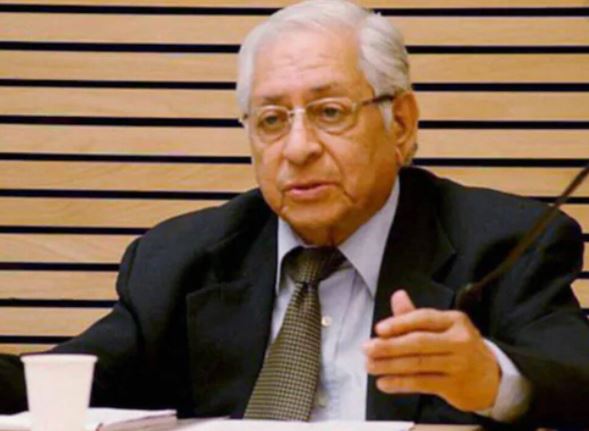 The 91-year-old is survived by wife, two sons and a daughter. Sorabjee and his wife had tested positive for novel coronavirus some days back.

The renowned human rights lawyer was appointed by the UN as a Special Rapporteur for Nigeria. He became the Chairman of the UN-Sub Commission on the Promotion and Protection of Human Rights in 1998. He also served as member of the Permanent Court of Arbitration at The Hague from 2000 to 2006.

Sorabjee was honoured with the Padma Vibhushan award, the second highest civilian award in the country, in March, 2002, for his defence of freedom of speech and the protection of human rights.

He wrote many books on the protection of human rights, upholding constitutional law and freedom of speech and expression, including The Laws of Press Censorship in India (1976); The Emergency, Censorship and the Press in India, 1975-77 (1977), and Law and Justice (2004). He regularly wrote in English daily Indian Express.