Supreme Court to hear suo motu plea on supply of oxygen, and other Covid-19-related matters today

The bench of Justice D.Y. Chandrachud, Justice L. Nageswara Rao, and Justice S. Ravindra Bhat while hearing the case on April 27 had said that the High Courts are in a better position to monitor the situation. 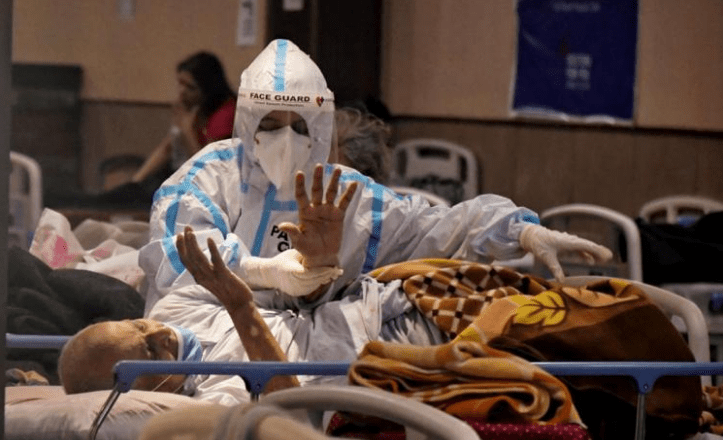 ILNS: The Supreme court will today hear a suo motu plea on the supply of oxygen, essential drugs, the method and manner of vaccination, and the power to declare lockdown amid the Covid-19 pandemic.

The bench of Justice D.Y. Chandrachud, Justice L. Nageswara Rao, and Justice S. Ravindra Bhat while hearing the case on April 27 had said that the High Courts are in a better position to monitor the situation. The High Courts have wide power under Article 226 of the Constitution, though it does not make the Supreme Court a mute spectator and made it clear that it was in no mood to stop hearings at the different High Courts on this issue.

Justice Chandrachud said the Supreme Court’s function here is complementary, especially when there is a pan-India issue being considered.

Solicitor General Tushar Mehta had also placed on record the steps taken by the Central government since the pandemic started in 2019. He submitted the direction issued by the Government, and presented a holistic picture as a nation.

The Apex court appointed two senior Counsel Jaideep Gupta and Senior Counsel Meenakshi Arora as Amicus Curiae to assist the Court. The court asked the Centre to file an affidavit on steps taken for making the availability of the essential drug. “There shall be daily monitoring of the situation. Two vaccines have been made available in the country. From May 1, the vaccination program is to be opened up for the age group of 18-45. The UOI shall clarify the projected requirement of the vaccine, in order to meet the demands. The UOI shall clarify if any excess vaccine is needed. Also, a comprehensive line of communication shall be made available on a national daily basis,” the Apex court directed.

Justice Chandrachud had said that it is necessary for the Court to clarify that the purpose of this Court to process the initiation of suo motu under Article 32 of the Constitution is not to supplant or substitute the process of hearing that are being conducted by the High Courts.

“The Jurisdiction under Article 226 of the Constitution is a valuable safeguard for the protection of fundamental and legal rights. The jurisdiction of Article 32 extends to the protection of fundamental rights. The High Courts are best situated to assess the ground reality, which is present in states and deal with the practical concerns of the Citizens in the state. The court cannot be a mute spectator during this national Crisis. The role of this Court is complementary with the role performed by the High Courts. Neither is intended to substitute the other. There may be issues, which are beyond the power of the state. In this spirit, this court has exercised suo motu proceedings,” the court had said.