The exit polls were released at around 7 pm on Thursday after the eighth phase of polling in West Bengal elections concluded. 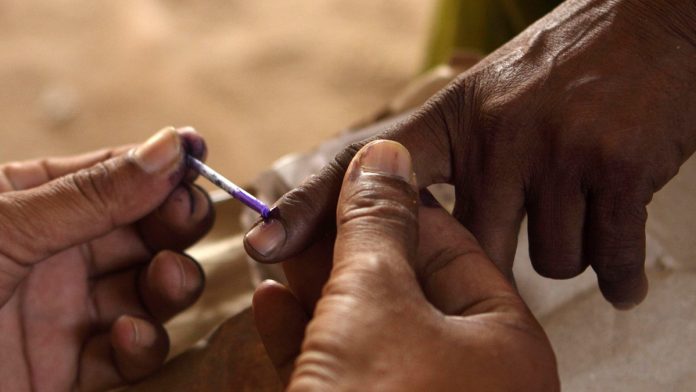 Exit Poll Results 2021 and News Live Updates: The exit poll results of the Assembly elections to the states of West Bengal, Tamil Nadu, Kerala, Assam and Union territory of Puducherry started coming in after the voting procedure for the last phase concluded in Bengal at 6.30pm today. The Election Commission has prohibited the publishing and broadcasting of exit poll results till 7.30pm on April 29. The eighth and final phase of elections was underway in Bengal where stray incidents of violence were reported from several areas, but the overall polling process has been peaceful with 76.07 per turnout recorded till 5pm, EC officials said.

Here are the exit polls results for the Kerala Assembly. The majority mark in the 140-member Assembly is 72. India Today Exit Poll predicts that LDF is expected to win 104-120 out of 140 seats, UDF is likely to get 20-36, and NDA is only expected to get only 0-2 seats.

Here are the exit polls results for the Tamil Nadu Assembly. The majority mark in the 234-member Assembly is 118.

Republic TV-CNX predicted that AIADMK alliance is likely to get 58-68 seats, DMK alliance likely to swipe elections with 160-170 constituencies, while ANMK is expected to get 4-6 seats.

Meanwhile, P-MARQ exit poll predictions also says that chances are high for DMK alliance with 165-190, AIADMK likely to get alliance-40-65 and AMMK alliance is expected to get 1-3 seats.

Here are the exit polls results for the West Bengal Assembly. The majority mark in the 294-member Assembly is 148.

As per Jan Ki Baat survey, Mamata Banerjee-led Trinamool Congress (TMC) is expected to win something between 104-121 seats, whereas BJP will get 162-185 and Left+ to get 3-9. Voting for 294 assembly seats in West Bengal were held in eight phases.

Did you find apk for android? You can find new Free Android Games and apps.
Share
Facebook
Twitter
Pinterest
WhatsApp
Previous articleSupreme Court agrees to SCBA initiative of setting up temporary Covid facility
Next articleManish Sisodia: The mystery of his PAN, DIN, and election affidavits of 2013 and 2015