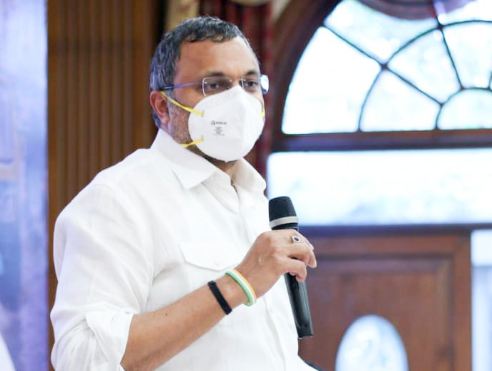 The Supreme Court on Wednesday disposed of the plea filed by Sivaganga MP Karti Chidambaram and his wife Srinidhi in the matter of alleged non-disclosure of incomes over Rs 7 crore in 2015. The top court said the matter has already been decided by the Madras High Court and is infructuous.

On Tuesday, Senior Advocate Kapil Sibal, appearing for Karti Chidambaram, said the accused was discharged on December 11 and sought an adjournment for two months.

Madras High Court judge Justice N. Sathish Kumar had recently ruled that Income Tax proceedings initiated over the alleged non-disclosure of cash transactions of Rs 7.73 crore following the sale of property near Muttukadu were premature. The case filed against the two by the Deputy Director, Income Tax was not maintainable, the judge said. The matter pertains to criminal prosecution initiated by the Income Tax Department for alleged non-disclosure of income by Chidambaram and his wife to the tune of Rs 7.73 crore in 2015-16. Two complaints were filed for offences under sections 276C (1) and 277 of the Income Tax Act 1961 against Chidambaram and another complaint against both husband and wife under Sections 276C(1), 277 and 278 of the Act.

The non-disclosure had to come to light during a joint search conducted by officials from the Income Tax Department and the Enforcement Directorate on December 1, 2015 in connection with the case of Advantage Strategic Consulting Pvt Ltd.