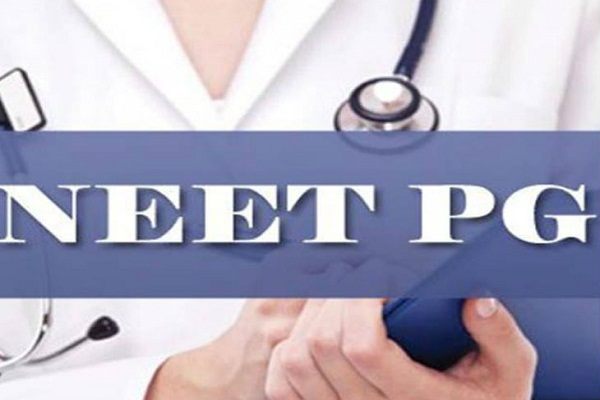 The bench of Justices DY Chandrachud and justice Surya Kant in their order said, “This court would not be inclined to interfere unless there is any manifest …arbitrariness”.

It further stated that the Union Government had taken the decision after due consideration of reducing the percentile of 15.

Reduction of 5 percentile would be trenching upon the policy matter. We find no merit in this Miscellaneous Application.

The application was filed in a writ petition by the petitioners who wanted the permission to participate in NEET PG Counselling for 2021 for allotment of  vacant seats that remain under Competent Authority Quota and Management Quota for all the candidates who appeared for NEET without qualifying marks.

The Miscellaneous Application seeks revival of the plea under Article 32 which was disposed of by order dated March 14, 2022. Grievance in the petition was that there were vacant PG medical seats & it was urged that a reduction in percentile was hence necessitated.

The Union Government, MOHFW (Ministry of Health and Family welfare) took a decision on March 12, 2022 to carry out a reduction across all categories of 15 percentile.

Mr Prashant Bhushan for the petitioner submits that even if the reduction which has been affected there are 1500 seats which are vacant in seats & reduction of 5 percent  would result in students gaining more admission.

He also mentioned that the previous year there was reduction of 20 percentile and 5 percentile may be considered. ASG has tendered a statement on behalf of MOHFW which has been extracted.

Above statement indicated that initially 92k candidates were eligible for counseling for 40k seats which were available at PG stage & after lowering of percentile another 25k candidates became eligible.

Total of 6206 seats were available in the mop up round; after 4747 candidates joined 1459 seats remained vacant and in the stray round.
the Court room discussions were as follows:

ASG Bhati: We have not been able to file SR but are carrying some data with us. The total number of vacant seats are not portrayed in the IA. Vacant seats are 1459 which have now been allotted in stray rounds which will be announced today.

Bhati: Last day of reporting is May 7 and most of the seats which are vacant are pre para subjects. No matter how many times you have counseling or reduce the percentile, seats will remain unfulfilled. This is exam which is running late & the curriculum has started from Feb 1.

Bhati: After the order dated March 14, percentile was reduced to 35%. Percentile and percentage are not the same thing. Percentage with which it coincides is already low. Reducing the same may not be in the best interest of PG Medical education.

Adv Prashant Bhusan for the petitioner: This is only regarding AIQ in govt colleges & there are state quota seats.

Bhushan: Last year because of the pandemic the percentile reduction was 20% and this year they have reduced it for 15 percentile. If they reduce, the bulk will be filled up. She has given the AIQ vacancy of 282 but the vacancy in the state quota is 1500.

DY Chandrachud: These are pre para subjects which are not much in demand & they will remain vacant.

Bhushan: Last year the bulk of the seats did get filled, if they reduce, they will be filled otherwise it’ll be a national waste.