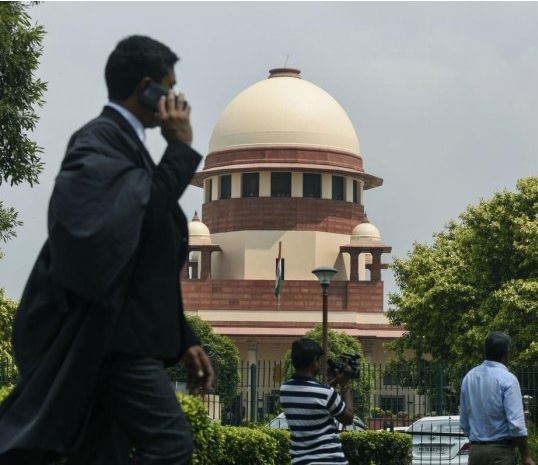 The Supreme Court on Friday will issue an order in the pleas filed seeking initiation of contempt proceedings against the cartoonist Rachita Taneja for her tweets against the Apex Court.

The Court had been approached by a law student seeking initiation of proceedings for criminal contempt against a cartoonist Rachita Taneja for her tweets concerning the top court. In response to a letter written by law student Aditya Kashyap, Attorney General KK Venugopal had granted consent to initiate contempt of court proceedings against cartoonist Rachita Taneja, for a cartoon uploaded on her Twitter handle that depicted the Bharatiya Janata Party, the Apex Court, and a reporter along with a caption that read the text “Tu Janta Nahi Mera Baap Kaun Hai”.

The AG had also made note of another tweet that read “Arnab gets bail, real journalists get jail, an independent judiciary is failing” along with a picture of the Supreme Court with the engraving “Sanghi Court of India”. The tweet by cartoonist Rachita Taneja had come after the Supreme Court had granted interim bail to journalist Arnab Goswami.

Attorney General KK Venugopal had stated that the tweet by cartoonist Rachita Taneja implicates that the Supreme Court is biased towards the ruling party and he is satisfied that each of the tweets with cartoons attached is in contempt of the Supreme Court of India.

According to Aditya Kashyap, a cartoonist Rachita Taneja’s tweets and posts scandalizes the Supreme Court, insinuate, and attributes motives behind judgments of the Court clearly violating the line between humor and contempt of the Court. These posts not only erode the trust in the institution of justice by casting aspersions on the justice delivery mechanism but also interferes with the administration of justice. The tweets and posts are based on distorted facts, inspired by malice, and amount to committing criminal contempt.

Kashyap’s plea, filed through Advocate Namit Saxena, states that cartoonist Rachita Taneja’s posts in form of cartoons and caricatures have shaken the public’s trust and confidence in the judicial system of our constitutional democracy by directly attacking and making insinuations against the Apex Court. The plea has urged the Court to take cognizance of the matter under Section 15(1)(b) of the Contempt of Courts Act, 1971 read with Rule 3(c) of the Rules to Regulate Proceedings for Contempt of the Supreme Court 1975 and initiate contempt proceedings.