Deadly winter storm brings life to halt in US

Across the storm path in the southern USA more than 35 deaths have been directly attributed to the weather. 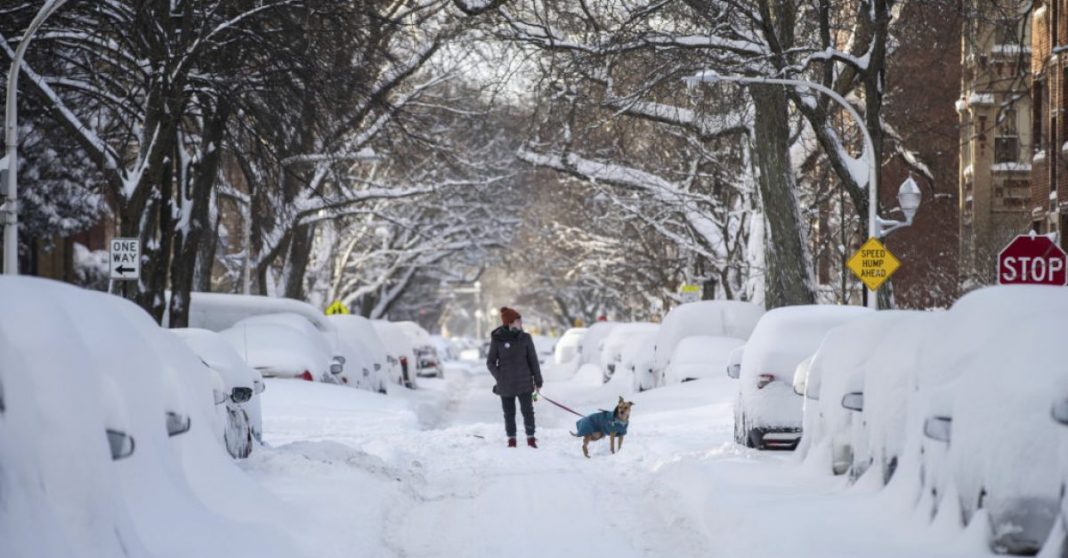 When politics and weather collide in America it can be quite catastrophic.

Several million people In Texas since Tuesday have spent nearly three days in homes with no electricity, no heat or no way to cook in the midst of a severe weather emergency of snow and extreme cold. Across the storm path in the southern USA more than 35 deaths have been directly attributed to the weather.  Burst water pipes have flooded many homes, adding to the misery, while a curtailed the water supply in many areas exists because system pumps have no electricity.  People without electricity have been told to boil water before using it for cooking.

Road conditions are awful with multiple accidents of trucks and cars.  A second storm has added snowfall so that now 70% of the entire USA is covered in snow.

This is the unintended consequence of bad winter weather with narrow thinking about energy and climate policy in a state that still thinks it is an independent Republic, as it was 175 years ago. Texas government– generally dominated by Republicans for the past 40 years–has opposed the theory of global warming, not surprising since it is a major producer of fossil fuels. The overall costs of this catastrophic situation will take months to calculate.

What is clear is that it is a microcosm of the thinking that has permeated America for several decades regarding essential infrastructure problems: what is worrisome will not get fixed until it actually crumbles. Texas opted out of options taken by 49 other states.  In the late 1970’s America experienced the nuclear meltdown at Thee Mile Island nuclear power plant in Pennsylvania and some severe blackouts from failures of the national electrical grid. The federal government set stiffer standards for physical design and operation, and hardened the grid against computer sabotage.  One state said no thank you. Texas wanted to run its own grid with private enterprise.

Former Texas Gov. Rick Perry suggested that Texans would rather be ‘without electricity for longer than three days to keep the federal government out of their business.”  When governor, the Republican, was known for inappropriate sayings.  Not to be outdone, the Mayor of Colorado City, Texas asked in a Facebook post what he planned to do, said,” No one owes you [or] your family anything,” Tim Boyd wrote in a now-deleted Facebook post, “I’m sick and tired of people looking for a damn handout!”

Conditions in Texas turned dire as the combination of no electricity and frozen pipes combined to disrupt water in several cities, with officials saying it could be days before power is restored in many parts of the state.

Criticism of the state’s electric grid operator, the Electric Reliability Council of Texas (ERCOT), was loud and bipartisan. ERCOT blamed a combination of factors, including “frozen wind turbines, limited gas supplies, low gas pressure and frozen instrumentation,” for the outages. Gov. Greg Abbott (R) blamed wind turbines that had frozen in the extreme cold, telling Fox News on Tuesday night that “our wind and solar got shut down.”

Both were merely parroting what opponents of clean energy like to think.  The windmills did better than the gas pipelines that feed the thermal generating plants, freezing because of moisture in the gas.  Texas, as an independent, did not follow national winterization standards for pipes and plants, although Texas has always had winter weather.

At a news conference Wednesday afternoon Abbott refused to repeat his claims, acknowledging that frozen wind turbines were not the main cause of the power shortage. They produce about 10-15% of the required power. Crippled thermal plants meant balancing the grid required load shedding in many parts of Texas, to the dismay of residents.

How bad it can get was clear when St. David’s South Austin Medical Center ran out of water. This shut down the main heating system and also meant asking staffers to use trash bags to remove feces from toilets. No power means no refrigeration so doctors were scrambling to use up corona virus vaccine shots while caring for vulnerable residents, moving patients to other facilities for their safety if available, more difficult because of the pandemic patient load.

The state’s Democratic lawmakers homed in on the fact that five of the ERCOT’s 15 board members — including its chair and vice chair — live outside the state. “Board members should understand the impact of their actions & must be held accountable,” state Sen. Carol Alvarado, a Democrat who represents Houston, said in a tweet.

Oil production across Texas and Louisiana is heavily curtailed by the storm and this is expected to raise prices for petrol and home heating oil.  Another unintended consequence is that grocery store logistics are disturbed and food banks will not be getting their usual supplies of food.  Food banks help feed millions of Texans.

Did you find apk for android? You can find new Free Android Games and apps.
Share
Facebook
Twitter
Pinterest
WhatsApp
Previous articleI Kid You Not: Population control, not politics
Next articleSupreme Court expunges personal remarks by 5-member bench of NCLAT against 3-member bench