I Kid You Not: Population control, not politics

Gujarat has decided to disqualify three political candidates under the norm. Other states too have had such stipulations, leading to a drop in India’s fertility rate. 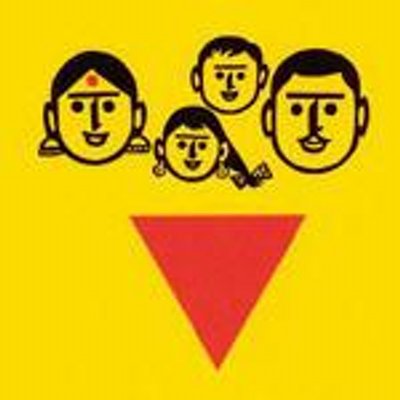 Three candidates from the municipal corporations of Vadodara and Rajkot were disqualified on February 8 under the two-child policy in Gujarat for electoral candidates. The nominations were challenged because each candidate had three children.

The election officer of Ward 15 of Vadodara Municipal Corporation (VMC) rejected the nomination of Dipak Shrivastav, a two-term corporator and son of BJP MLA Madhu Shrivastav. Dipak had filed his nomination as an Independent after the BJP denied him a ticket. He has three children, including one “adopted” by his father just before the polls were announced.

Independent candidate Viren Rami, a sitting corporator from VMC Ward 9, was also disqualified after BJP candidate Shrirang Ayare contended that he had stated the names of only two biological children. The nomination of Naran Savseta, Congress candidate for Ward No 4 of Rajkot Municipal Corporation, was also rejected on the same ground.

The order of the election officer cited Section 10 of the Gujarat Provisional Municipal Corporation Act, 1949, which was amended on August 4, 2015, and lays down that any candidate with more than two living biological children must be disqualified from contesting polls.

In 2005, the Gujarat government amended the Gujarat Local Authorities Act to “prevent a person having more than two children to be a member of panchayat, or the councillor of a municipality or municipal corporation”. The amendment also added the clause to the other Acts governing elections to local administrative bodies such as the Gujarat Provincial Municipal Corporations Act, 1949, and the Gujarat Panchayats Act.

The rationale behind the two-child policy was said to be the need to “order and stabilise” the growing population. Last year, Ashwani Kumar Upadhyay, a BJP politician and lawyer, had asked for a law that would deny access to government jobs, subsidies and certain rights to those with more than two children. The denied rights, as per the petition, would include the right to vote, property and free shelter. In its response, the government told the apex court that it would not implement a mandatory two-child policy.

However, several states, including Assam, Maharashtra, Odisha, Rajasthan, Telangana and Andhra Pradesh already have some form of the two-child norm in place for those running for elected government posts or jobs.

Madhya Pradesh has followed the two-child norm since 2001. Under the Madhya Pradesh Civil Services (General Condition of Services) Rules, if the third child was born on or after January 26, 2001, one becomes ineligible for government service. The rule also applies to higher judicial services.

In Karnataka, the Karnataka (Gram Swaraj and Panchayat Raj) Act, 1993, does not bar individuals with more than two children from contesting elections to local bodies like the gram panchayat. Interestingly, the law says that a person is ineligible to contest “if he does not have a sanitary latrine for the use of the members of his family”.

UP too is mulling a proposal to include the two-child norm and a minimum education clause for candidates contesting panchayat polls, which are expected to be held early.

While there is no national two-child policy in India, there are local laws. These laws are aimed at politicians, both current and aspiring. Under the policy, people running in panchayat (local government) elections can be disqualified if they have not respected the two-child policy. The idea behind the law is that ordinary citizens will look up to their local politicians and follow their example.

In 2002, a government committee to review the working of the Constitution had recommended adding Directive Principle Article 47A which said: “Con­trol of population. –  The State shall endeavour to secure control of population by means of education and implementation of small family norms.” However, this has not been done.

In 1952, India became the first developing nation with the foresight to formulate a voluntary National Family Welfare Programme. Since then, especially, post the International Conference on Population and Development in Cairo in 1994, India’s population discourse has followed an empowerment approach, which underscores that every woman has the right to decide if, when and how many children she should have.

It was during the Emergency imposed by the Indira Gandhi government that the two-child policy got an aggressive push. This was the decade when China shifted from its two-child policy to a one-child policy. Then during the 1980s, “Hum Do Hamare Do (We Two, Our Two)” was popularised through mass campaigns. The National Health Policy was adopted. The National Population Policy came in 2000 with the long-term objective of stabilising the population by 2045.

When India’s population crossed the one-billion mark on May 11, 2000, Prime Minister Atal Bihari Vajpayee said: “Population stabilisation cannot be achieved without all-round socio-economic development, and definitely not through coercion.”

The 2019 bill in the Rajya Sabha for population control had asked for incentives for sterilisation by giving special benefits to those families where either spouse undergoes the procedure.

The story of population control through family planning is a curious case in India, which holds the distinction of being the first among developing countries to officially launch such a programme as early as 1951. As a result of the efforts of the government over the decades, India has already started experiencing a slowing down in its population growth and is on course to achieve population stabilisation with a total fertility rate of 2.2.

Also Read: Bombay Milk Producers Association SLP against shifting milk business out of Mumbai to come up for hearing in Supreme Court

In fact, 24 states have already reached the replacement level of two children on an average. It is important to note that the decline in total fertility rate varies in states based on their health and development status.

Prime Minister Narendra Modi during his Independence Day speech in 2019 told the people that population control was a form of patriotism. Months later, the NITI Aayog called various stakeholders for a national-level consultation on the issue. This was subsequently cancelled following media glare. In 2020, the prime minister spoke about a likely decision on revising the age of marriage for women, which many stakeholders view as an indirect attempt at controlling the population size.

Did you find apk for android? You can find new Free Android Games and apps.
Share
Facebook
Twitter
Pinterest
WhatsApp
Previous articleBombay Milk Producers Association SLP against shifting milk business out of Mumbai to come up for hearing in Supreme Court
Next articleDeadly winter storm brings life to halt in US