Shantanu, along with Nikita Jacob and Disha Ravi, have been taken to the Cypad cell of Delhi police in Dwarka for questioning in connection to the toolkit case. 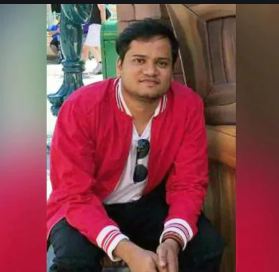 A fresh anticipatory bail plea has been filed by Toolkit case accused Shantanu Muluk in a Delhi court on Tuesday. The court will hear the plea on Wednesday.

Shantanu, along with Nikita Jacob and Disha Ravi, have been taken to the Cypad cell of Delhi police in Dwarka for questioning in connection with the probe into the toolkit Google doc backing the ongoing farmers’ agitation.

On Monday, Disha Ravi was sent to one-day police custody. Chief Metropolitan Magistrate Dr. Pankaj Sharma has passed the orders after Ravi was produced before him at the end of her three-day judicial remand.

The police had demanded five-days police custody to confront her along with co-accused Nikita and Shantanu, who joined the investigation earlier.

Earlier on Saturday, a sessions court reserved its order on the petition filed by Ravi seeking bail. Additional Sessions Judge Dharmendra Rana reserved the order in the matter and posted it for pronouncement on Tuesday.

Ravi was arrested on February 13 from her Bengaluru residence for her involvement in creation of the Toolkit concerning the farmers’ protest and the violence that broke out in the capital on January 26 after the tractor rally.

Following the arrest of Ravi, arrest warrants have been issued against activists Nikita and Shantanu. According to police, the duo was responsible for creating the Toolkit and faces charges which are non-bailable.

Disha Ravi was arrested by Delhi Police in a hush-hush manner and several politicians and activists have come out in her support. Ravi, who said she had edited only two lines of the Toolkit, was remanded in police custody for five days.