UP govt to push through 17 key legislations on Saturday 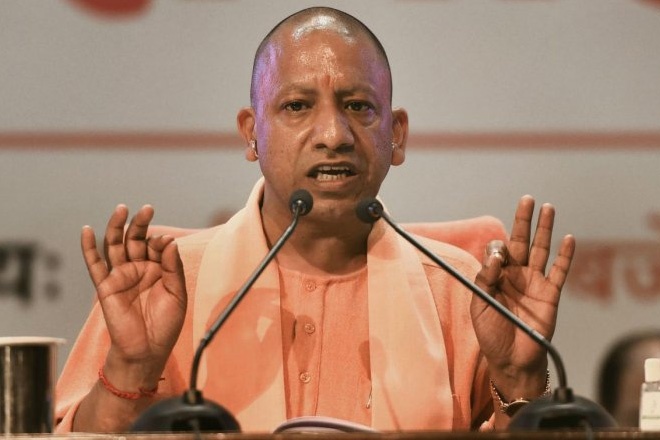 New Delhi: The Uttar Pradesh Government will table 17 bills for the Assembly’s approval in its Monsoon session tomorrow. It was scheduled for today, but the House was adjourned, because of the death of BJP member Janmejay Singh. Tomorrow, the bills are expected to be passed immediately. The items to be passed by legislators include ordinances promulgated by the BJP government of the state, headed by Chief Minister Yogi Adityanath, in wake of the Covid-19 pandemic.

The ordinances include those for salary cuts for ministers and protection of healthcare workers after the Covid-19 outbreak. According to the constitutional procedure, these ordinances now need to be approved by the Legislation, post which the Governor approves it and it becomes law.

On Thursday when the Monsoon session commenced, a sit-in-protest was staged by leaders of the Samajwadi Party in their attempt to raise issues of unemployment and farmers’ problems and law and order, in the state.

Some of these ordinances introduced by Yogi Adityanath led BJP government included the following:

Ordinance for recovery of damages to public and private properties: This ordinance was meant for protection from rioters and protesters, and set up tribunals to decide claims for damages and recover them. The ordinance aims at dealing with all acts of violence at public places and to control its persistence and escalation, and to provide for the recovery of damage to public or private property during hartal, riots, public commotion or protests. It was approved on March 13 by the UP cabinet. This ordinance was issued after the Supreme Court had refused the Government’s plea to stay the Allahabad High Court’s order for removal of the government’s anti-CAA name-and-shame posters.

The CM has said that he would use this ordinance to make all troublemakers pay for the damage caused to government and other property during the recent riots in UP. He has made it clear that there will be mass confiscations of property, which would then, probably, put up for auction to recover money for reconstruction.

Cow-Slaughter Prevention (Amendment) Ordinance, 2020: Government approved the amendment in June to provide for stricter punishment for violators and allow the publication of pictures of the accused in the city. Amendment was made to Section 5A of the UP Cow Slaughter Prevention Act 1955.