VP Jagdeep Dhankar makes indirect reference to striking down of NJAC by Supreme Court, says never too late to make room for a different way of life 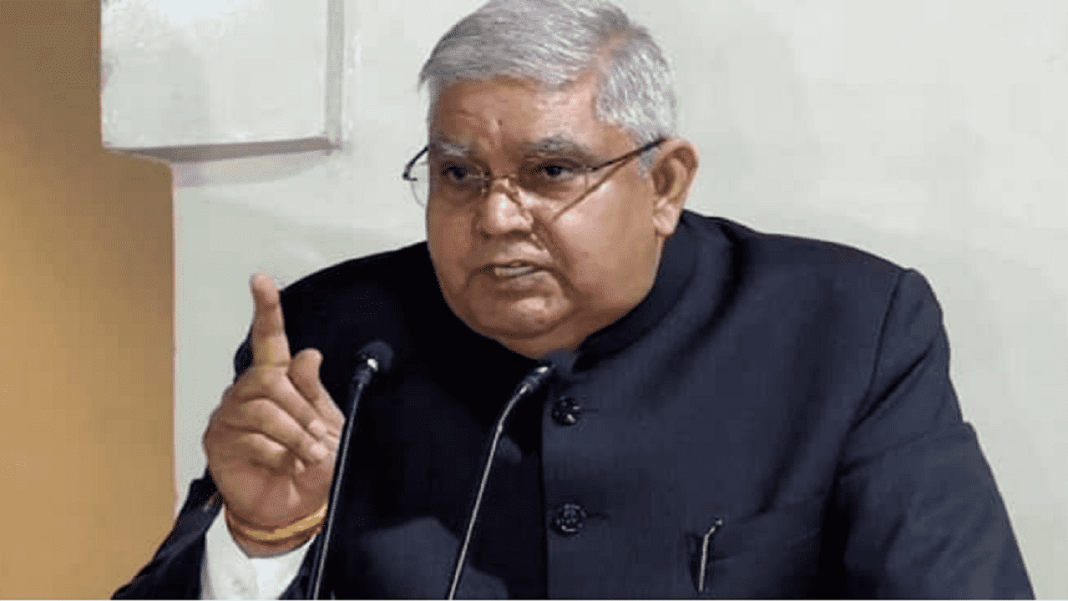 Vice-President Jagdeep Dhankar has said that nowhere in the world had this happened that the ordainment of people, which came to be reflected in the most certified mechanism by way of a constitutional provision, was struck down by the top court of the land.

Speaking as Chief Guest at the eighth Dr. L.M. Singhvi Memorial Lecture organised by the O.P. Jindal Global University on Friday, the Vice-President made the indirect reference to the October, 2015 verdict of the Apex Court, which invalidated the National Judicial Appointments Commission (NJAC) Act, related to the appointment of Judges to the Supreme Court and High Courts across the country.

The NJAC Act and the 99th Constitutional Amendment gave authority to the politicians and the civil society to have a say in the appointment of judges to the Supreme Court and the High Courts.

He said the Indian Parliament was ‘dealing with a constitutional amendment ‘in 2015.

As per Dhankar, the entire Lok Sabha had then voted unanimously for the constitutional amendment. There was no abstention, no dissension. In the Rajya Sabha, though there was a single abstention, the amendment did not face any opposition.

The former West Bengal Governor regretted that the power of people was ‘undone’ by the Apex Court.

Dhankar said that if a constitutional provision that carried the ordainment of people at large in such a vibrant democracy was undone, what would happen? He added that such issues should not be viewed along the partisan lines.

As per the former Senior Advocate at the Supreme Court, any ‘subtle’ incursion in the domain of one organ of the government by another had the capacity and potential to unsettle the entire governmental apparatus.

Dhankar said that every institution had a well-defined role, and all were subject to the ultimate ordainment of people. There was only one mechanism for that – Parliament.

He also lamented the silence of the MPs over the issue and said that there was no whisper in Parliament after the striking down of the Act by the Supreme Court.

He then asked, “Can parliamentary sovereignty ever be compromised?”

Stating that the country was proud of its judiciary, which had contributed massively to the growth of the rights of people, the Vice-President said that the doctrine of separation of powers was fundamental to the governance of the country.

He added that the basic structure of the country laid on the primacy of will of the people. He recalled that an innovative mechanism was taken recourse to in the 80s, where a postcard could galvanise judicial action.

Talking about Legislators telling him in Parliament that they had to do as directed and indicated, Dhankhar said the lack of courage and conviction should not lead to dereliction of duty.

He said India was a country on the rise. Introducing politics in constitutional offices was unfortunate. Political stance should be distanced from the sublimity of constitutional functioning, he added.

However, Dhankar observed that it was never too late to make room for a different way of life.