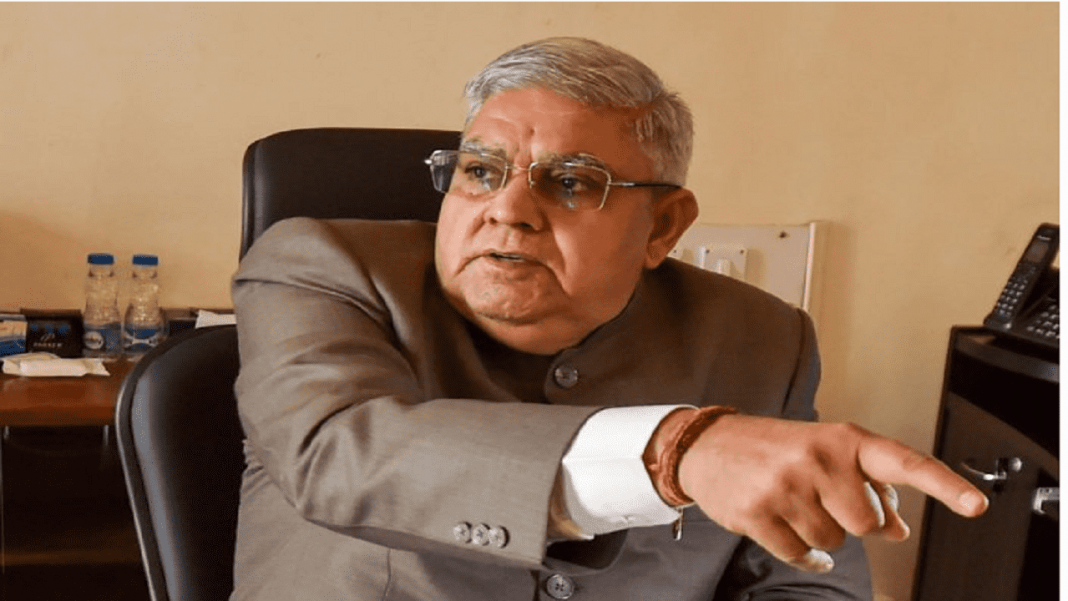 Vice President of India and Chairman of the Rajya Sabha, Jagdeep Dhankhar in his very first address, made critical comments about the Supreme Court’s judgment, which overturned the Constitutional Amendment passed to bring in the National Judicial Appointments Commission (NJAC).

The Chairman of Rajya Sabha said that the judgement by the Apex Court can be seen as a glaring instance of severe compromise of parliamentary sovereignty and a great disregard of the mandate of the people, of which the Rajya Sabha and the Lok Sabha are custodians.

On the opening day of the winter session, the Vice President remarked that any democracy can only blossom and flourish when all of its three facets – the Legislature, the Judiciary and the Executive – scrupulously adhere to their respective domains.

Dhinkar added that any incursion by one of them even subtle, in the domain of other, has the potential to upset the governance apple cart.

The Chairman of Rajya Sabha said that Parliament, in a much-needed historic step passed the 99th Constitutional Amendment Bill which gave way to NJAC.

The Vice President in his maiden speech said that on August 13, 2014, the Lok Sabha unanimously voted in its favour with there being no abstention. This House too, passed it August 14, abstention. unanimously 2014 with Rarely on one in Parliamentary democracy, there has been such massive support to a Constitutional legislation,

Dhankhar observed this to have been a culmination of a basic, fundamental and parliamentary process, which fructified into a Constitutional prescription, after 16 State Assemblies out of 29 States ratified the Central Legislation, subsequent to which, the President of India in terms of Article 111 had accorded his consent on December 31, 2014.

The Vice President added that the historical parliamentary mandate was undone by the Supreme Court on October 16, 2015 by a majority of 4:1, finding the same as ‘not being in consonance’ with the judicially evolved doctrine of ‘Basic Structure’ of the Constitution.