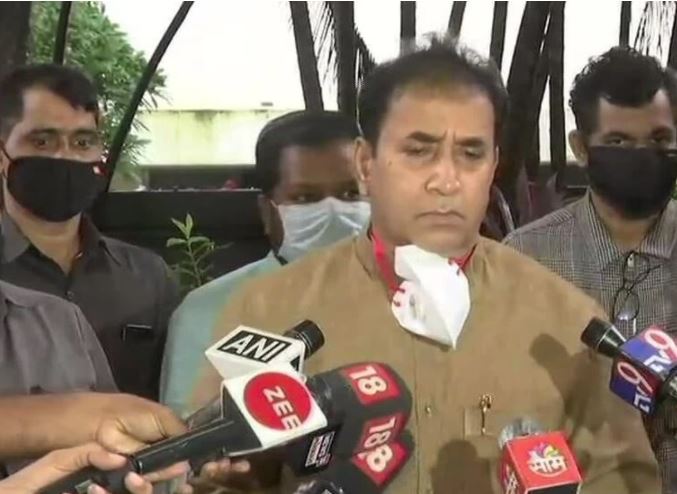 The former cabinet minister of Maharashtra Anil Deshmukh has concluded his arguments before the Bombay High Court on the plea seeking bail in the corruption case registered against him by the Central Bureau of Investigation.

Anil Deshmukh is currently under two investigations arising from same allegation – one by Central Bureau of Investigation (CBI) for offence of corruption and the other by the Enforcement Directorate (ED) for the offence of money laundering.

The minister was granted bail in the case of money laundering by the Bombay High Court on October 4, but in CBI case , he was denied bail by the special court

The former Cabinet minister from Maharashtra then moved to the High Court.

Anil Deshmukh was represented by Senior Advocate Vikram Chaudhari, and Advocate Aniket Nikam who contended that since both cases are connected, the bail granted in ED case should be rerason bail to be granted in the CBI case.

“The Advocate said that there is an umbilical cord connection between the two cases. The ECIR in the ED case is a replica of the CBI case. Both cases are interwoven and inter linked and both trials have to go together by virtue of the facts of case.

The Counsel for Deshmukh said that the leader has spent over a year incarcerated, for allegedly committing an offence which was punishable upto 7 years imprisonment.

He also added that any further delay will be an injury to justice,”

Chaudhari also informed the Court that the controversial former Mumbai cop Sachin Waze had been made an approver in CBI’s case.

The High Court had questions  over the accuracy of Waze’s statements while granting bail to Deshmukh in the ED case.

Chaudhari claimed the special judge had erred in considering the observations made against them.

The Counsel for Deshmukh said that there is a bail order which is operating in their favour, but they qualify on a better footing, as they have been cleared in the PMLA offence,

Chaudhari added that the chargesheet filed by CBI was in the corruption case, however they were yet to complete investigation on the aspect of reinstatement of Mumbai cop Sachin Waze and Deshmukh’s interference in the transfer of officials.

Counsel for CBI argued that bail in PMLA offence would not mean bail can automatically be granted in CBI case.

Last week Justice MS Karnik had opined that Deshmukh’s bail plea can be heard on a priority basis in view of his medical condition.

He will continue hearing the plea on December 8