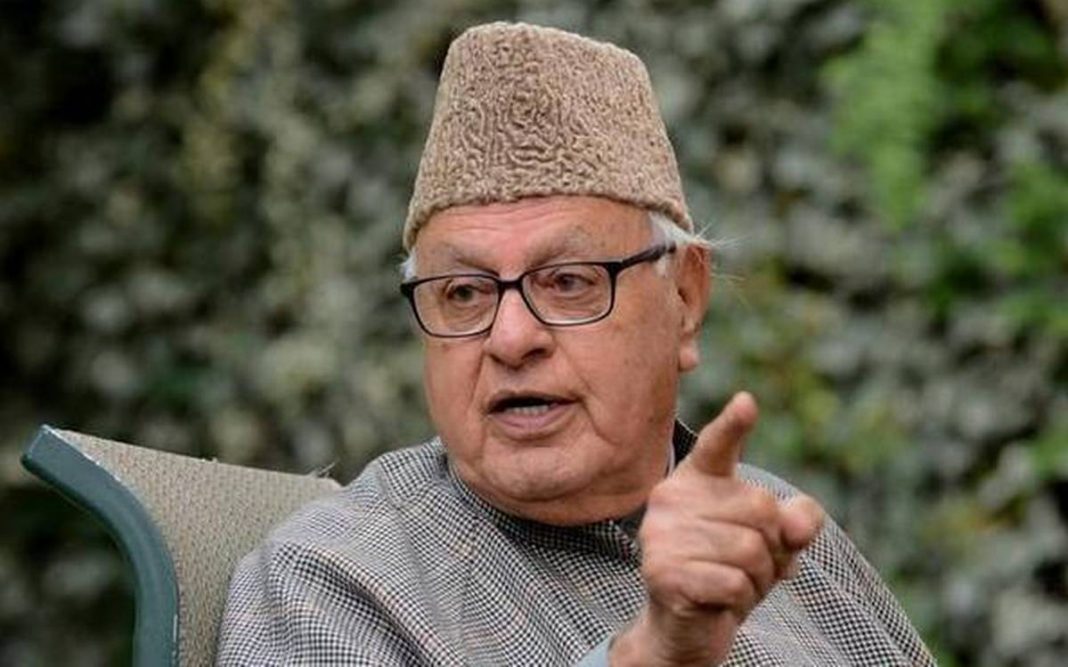 The National Conference of Farooq Abdullah is expected to clear the air on the participation of its party, three of whose members, have been nominated to the delimitation commission by the Centre.

BJP MPs Jitendra Singh and Jugal Kishore Sharma are the other two nominated. The NC had earlier challenged the J&K Reorganisation Act, which facilitates delimitation of Assembly segments in J&K.

Masoodi said party was yet to decide whether to be part of the commission. He told an agency :” “Law says MPs of those states and union territories have to be associated members of the commission where delimitation is taking place. There was no consultation with us,” Masoodi was quoted saying.

He said party will hold deliberations and clear its stand. “They nominated us as per the law and now it is for us to decide how we should react. Individually I can’t be part of anything which is questioned and opposed by us before SC,” he added.Another NC MP Mohammad Akbar Lone said they have been nominated without their consultation. “We have to now decide whether to be part of the commission. So far NC is concerned, our clear is stand that we won’t be part of any political activity till all political leaders are released,” Lone said.

The government had on 6 March constituted the commission, to be headed by former Supreme Court judge Ranjana Prakash Desai, to redraw Lok Sabha and assembly constituencies of Jammu and Kashmir and the northeastern states of Assam, Arunachal Pradesh, Manipur and Nagaland.
The National Conference has against the exercise and the reorganisation Act since it is a consequence of the scrapping of Article 370, carried out last year by the Centre.

Abdullah was in detention for over seven months and was release only in March after his arrest in August after the abrogation of Article 370. An ex-Union Minister,  he became the first of the three incarcerated former Chief Ministers to be set free since the Centre revoked J&K’s autonomous status on August 5 last.

Did you find apk for android? You can find new Free Android Games and apps.
Share
Facebook
Twitter
Pinterest
WhatsApp
Previous articleAllahabad HC Seeks Report From Meerut DM On Alarming Situation Due To COVID-19
Next articleFrom Crime to Punishment, Trial Judge is Supreme