In most countries, trials finish fast, but in India they often continue forever. And the pillar in the system is the trial judge. No one else has the power to end a trial in the shortest possible time. By Justice (Retd) Kamaljit Singh Garewal 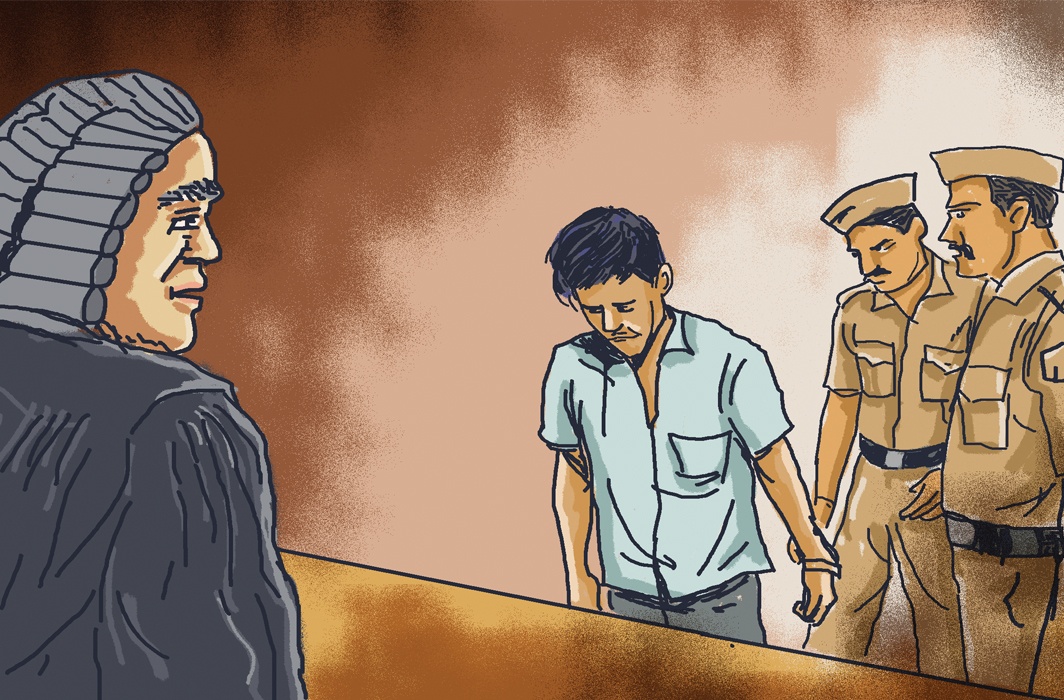 When someone is to be taken into custody and the police officer goes to arrest him, he is often taken by surprise. At first, he is so nonplussed that he loses composure, but after sometime, he pulls himself together. He asks: “Me?” An exclamatory question, expressing both surprise and disdain, almost suggesting to the arresting officer that he has got the wrong person.

It was Aleksandr Solzhenitsyn, a Russian novelist and philosopher, who on arrest asked the question: “Me? What for?” This has been retold in the opening page of his chronicle, The Gulag Archipelago. Solzhenitsyn suffered eight years’ hard labour in a Soviet prison during the Stalinist era and recounted in detail how prisoners were arrested, tortured and locked up in cold, damp prisons to face trumped-up charges.

Let us look at an illustrative case from contemporary India. It could have happened on any university campus. In a drunken brawl between a few university students, a heated argument turns into a boxing match which ends when one of them is hit on the head with a bottle and collapses unconscious.

A police officer comes to arrest one of the students. Let’s call him X. The officer tells X that he is under arrest. X asks: “Me? What for?” The Solzhenitsynian question. The arresting officer tells X that the previous evening outside a liquor shop, he and three friends had a fight with A whose head was smashed with an empty bottle. X denies it. He wasn’t there. He had left the spot when his friends started arguing with someone. He doesn’t know what happened after that. “Please let me go. I have exams coming up.” His pleas fall on deaf ears and he is marched off to the police station.

X knew exactly what had happened that evening outside the shop. But he shall have to face investigation, prosecution and trial to establish his innocence. The best course for X is to prepare his defence.

In the contemporary Indian context, there are two choices before X. The straight, wide, smooth expressway of criminal justice system which our law guarantees. Somehow, most people like to avoid the straight road from crime to punishment. They prefer the narrow, bumpy bylane, which provides short-cuts.

Let us travel along the straight road and see how events unfold. The injured man gives a statement to the investigation officer (IO), who finds that a cognisable offence had been committed. A First Information Report (FIR) is registered. Witnesses are interrogated, medical evidence is collected, X is arrested and produced before the area magistrate within 24 hours and remanded to custody. All X now has to do is wait for the final report.

The IO concludes the investigation and when he is reasonably convinced that X has committed the offence, he places the result of the investingation before the prosecutor. After this, the IO’s job of investigation is over. The final report is presented before the area magistrate by the prosecutor. At this stage, X is also handed over a copy of the final report containing statements of witnesses and medical evidence. He must now prepare for his trial. If the magistrate has no power to try X, he shall commit him for trial to the Court of Session.

The trial judge first informs X that there are grounds to presume that he has committed the offence. He is informed of the details of the offence, when and where it was committed. He is asked whether he is guilty or not. If X pleads guilty, the judge awards the sentence. If X says he is not guilty, the judge fixes the dates for trial. The prosecution summons its witnesses and they are examined on oath in X’s presence, and cross-examined by his lawyer. At the close of prosecution evidence, if the judge finds that the evidence is insufficient for conviction, X is acquitted. Otherwise, X is asked to lead evidence in his defence. If the judge finds that the charge has been established, X is convicted, otherwise he is acquitted. End of the story. The road from crime to punishment has come to an end in the shortest possible time. This is very satisfactory. Finally, X is sentenced to five years and receives credit for the time already spent in custody.

In reality, things turn out to be quite different because X’s anxious parents, his able lawyers, watch-dog media and almost everyone interested in the outcome of the case will want to influence the legal process, one way or the other. The narrow, bumpy bylane of justice starts from the same spot—the registration of the FIR. X happens to be a student leader and is well-connected politically. His parents want to get him freed quickly. The victim is the son of a senior professor who is devastated and bewildered by the way matters proceed. When will justice be done to his son.

The victim is unconscious when he reaches hospital, having lost a lot of blood. Press reporters land up. Then comes the first breaking news. Students in a drunken brawl, political connections have started coming into play and other gory details are flashed on TV screens. And soon, comes the second breaking news—the victim is in a critical condition, has a brain concussion. Then there are speculations about the weapon of offence. Was it a bottle or a cricket bat or the butt of a gun?  And finally, the third breaking news—the police is unable to trace the main assailant, it seems he has high political connections and could be trying to buy time to influence the investigation.

On the second day, X is detained by the police but not produced in court. Lawyers for the family have started preparing a habeas corpus petition to be filed soon. But this idea is dropped as lawyers file an application for bail instead, pleading that it is a bailable offence. The application is dismissed. The police is treating it as a case of attempt to murder. The journey has just begun, the law is beginning to take its long, treacherous course.

The family wants to change the lawyer. They have found a smart criminal lawyer who recently got a man released on bail. A bail application is filed again, notice issued, but it came up before a tough judge. When the application was getting dismissed, the smart lawyer withdraws it. Outside the court, he advises the family that he shall prepare an application to challenge the FIR on the ground that the offence of 307 IPC was not made out. The matter will get murkier. The commencement of the trial is still very distant. Petitions will be filed in the High Court for quashing the FIR on the ground that it was simple hurt. Influence may be used on the political side to get the matter re-investigated by a senior police officer to show that X had a credible alibi. It may even land up in the Supreme Court in one form or the other. Ultimately, money power may come into play to win over eye-witnesses, to influence the police and/or the prosecutor. These manipulative tricks may or may not work. But the creaky system is out to show its true form. Meanwhile, the bewilderment of the victim and his family at the delay in justice continues.

People forget that the most vital pillarof the criminal justice system is the trial judge. Only he can declare a person guilty (or innocent) of a crime. On the road from crime to punishment, the trial judge is supreme. No other functionary in the system, no police officer, no prosecutor, no High Court or Supreme Court judge has the power to convict or acquit. This power remains with the trial judge, and cannot be withdrawn from him. Police officers/prosecutors/High Court judges/Supreme Court judges occasionally take some important prosecutorial decisions to alter the nature or category of the offence or drop some of the accused or some of the charges. But this power is also with the trial judge. In fact, this is the very purpose of the trial. The judge too can alter the nature of the offence or drop some or even all the accused and often does. But the trial judge does so at the conclusion of the trial, after hearing and recording the whole evidence, watching the witnesses depose in his presence, and hearing the defense evidence, if any.

In the Stalinist era, cases would finish quickly and convicts sent to Siberia. In most countries, trials finish fast. But in modern India, our criminal justice system is designed to continue forever. Release on bail, a concession of sorts, is considered a victory for the defence. This gives time to explore options that may earn an early discharge, but in effect to get more mired in the system. The road doesn’t stop with bail but continues along a long, narrow, bumpy, pot-holed and treacherous lane. If the defence had followed the expressway, the misery of the accused person would have ended quickly. Taking the bylane, he shall find that it’s just a merry-go-round with no end in sight.

Did you find apk for android? You can find new Free Android Games and apps.
Share
Facebook
Twitter
Pinterest
WhatsApp
Previous articleWe Will Take A Call Soon: NC MP On Nomination To Delimitation Panel
Next articleDSGMC sends Legal notice to Amazon Prime Video for portraying the Sikhs as rapists in the web series Patal Lok