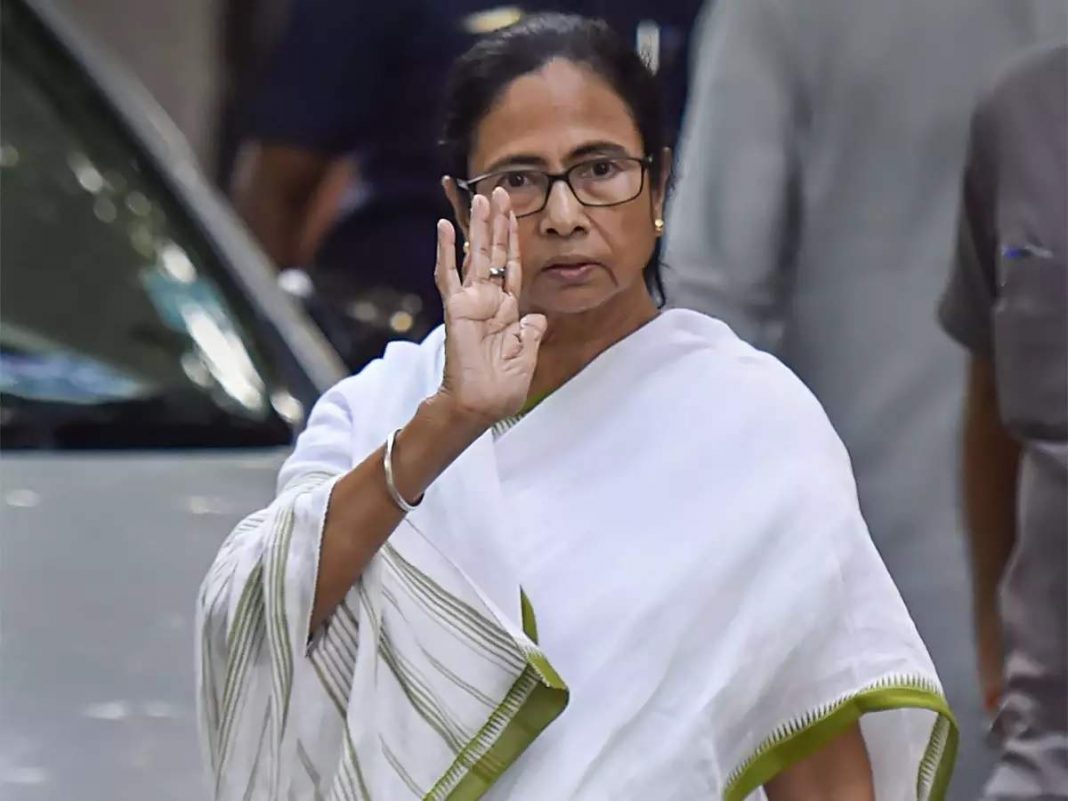 The dust raised by the national big shots of the Bharatiya Janata Party (BJP) had barely settled after the national ruling party’s recent massive loss to Trinamool Congress (AITC) in the West Bengal Assembly polls, when the bypolls to four West Bengal Assembly constituencies happened. The result indicated a complete rejection of the BJP by the electorate, including in Shantipur, which was being called the BJP’s “fortress” in Bengal even the other day. Not only was it 4-0 for AITC, the BJP lost two seats.

Not too long back, Chief Minister Mamata Banerjee, who was “defeated” by AITC turncoat Subhendu Adhikari, had won a mammoth victory at Bhabanipur constituency which Sobhandeb Chattopadhyay had vacated for his leader. She had defeated her closest rival, BJP’s Priyanka Tibrewal, by over 58.000 votes. This time, Sobhandeb, fighting from Khardaha, earned a 93,000-plus votes victory over Joy Saha of the BJP. While Sobhandeb got 1,14,086 votes (or 73.59% of the votes polled there), the hapless BJP candidate got 20,254 votes (13.09%). The victory margin was 93,832 votes.

Not to be left behind, Subrata Mondal’s victory at the Gosaba Assembly seat – politics in this area, in the Sunderbans, had once been pretty contentious, with local people complaining about shortages of every kind, plus joblessness – was through 1,61,474 (87.19%) votes he got, against BJP candidate Palash Rana’s vote count of just 18,423 (9.95%). This victory was a trifle surprising, but it clearly shows that locals would rather prefer a known devil than one that has been known to wreak havoc with its divisive politics across the country. The Sunderbans area not only has a sizeable population of refugees, but also a good number of Muslims.

In Shantipur, Braja Kishor Goswami of the AITC got 1,12,087 votes (54.89%) against BJP candidate Niranjan Biswas’ 47,412 (23.22%). Trinamool’s victory margin of 64,675 votes shows that the BJP has been scrubbed off even its base, though Biswas’ 23% vote stare means that there are still remnants of saffron in the Shantipur soil. In fact, it was the Shantipur vote percentage that upped the BJP voter percentage to above 14% in the bypolls combined.

How disturbing is this news for the state BJP? A vote analysis makes it clear. Despite years of grassroots work that the BJP has done – for good or bad, their cadres have been around the state, for sure – its vote share in these by-polls was just 14.5%. The AITC took 75% of the votes, even in areas where once the BJP had strong footing. The resistance, even if feeble, was actually better by the CPIM, which still had 7.3% of the votes. Congress, of course, remains a non-starter with 0.37% with even the All India Forward Bloc wining 0.82% of the votes.

Later, when on her Goa trip, Mamata Banerjee blamed the Congress for its complete lack of political initiative, P. Chidambaram had hit back, saying Mamata eyes the country through Bengal’s eyes, while the Congress has 30 states and UTs to take care of. Of course, it was an euphemism, considering the state of “taking care” that has been going on within the Congress, with the Punjab fiasco in the limelight. AITC leader Derek O’Brien hit back at Chidambaram, saying that the big message is that “beyond Bengal, the BJP is beatable”. He also said: “Time is gone (sic) where a 23-year-old (Trinamool) is told by a 100-year-old grandmamma and grandpapa what to do.”

While only time can say if Chidambaram’s comment holds any water, Mamata certainly did make a point, and so did Derek. It has to be seen how Mamata handles the Goa elections (also Tripura) for the AITC – this will be the party’s first big test (two, if one considers Tripura seriously) outside the borders of the state – but it is true that the main target has to be to defeat the BJP. The Congress was publicly humiliated in Goa by the BJP in the seat alignment fight, and its century-old political machinations are rusted. It cannot hope to lead.