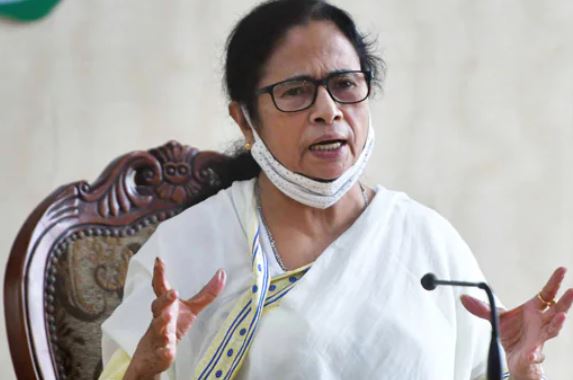 The Trinamool Congress (TMC) is a party of diametrically opposite virtues. At one end, it showcases its almost iconic leader Mamata Banerjee, with a huge victory over the Bharatiya Janata Party (BJP), while at the other end, it can’t even spell Mamata’s so-called ‘Bengal model’ in fiscal terms. At one end, we see 12 of the 17 sitting Congress MLAs in Meghalaya switch sides to TMC, while at the other end, we see the very large Bengali speaking population of Agartala (capital of Tripura) completely reject Mamata, apparently because they saw nothing in that ‘Bengal model’ which would have helped them secure a better future.

TMC is a party which is in the news today, because it has, somehow, turned into this mega magnet for disgruntled Congress leaders and workers. People say it is Prashant Kishor’s doing, but without the presence of Mamata, that strategy would have meant zilch. Leaders have moved into the TMC fold in Goa, too, but Goa is a mirage and MP Mahua Moitra, in-charge of that state, will have a tough time explaining the rationale behind the Mamata ‘miracle.’

Others coming into TMC are those from the Janata Dal and even to an extent the BJP (this has been mostly restricted to West Bengal). So, has the TMC undergone any structural change, or has it recently shown grassroots promise in states other than West Bengal? Has there been any substantial change in the way Mamata Banerjee rules her party? Is Mamata Banerjee being looked upon as a future alternative to Prime Minister Narendra Modi? Or, more importantly, has Mamata been able to turn around the financial fortunes of West Bengal?

While the answer to all the above questions, as of now, is ‘NO’, it would be pertinent to look for a wider canvas to accommodate this apparent anomaly.

The general perception is that Congress, as the only national party with secular credentials, is dying a slow, painful death. And the only people to be blamed for that are its leadership. The TMC wants to fill that secular gap. It is a marathon and, judging by the current pace, 2024 cannot be a defining target. There is talk about 2029, but that is so far away at this moment that politically, it would possibly be a bad decision to wait for an evolutionary process to happen.

Growth has to be inorganic and the poaching of established leaders, as shown by the BJP, seems an easy alternative. Mamata’s nephew Abhishek Banerjee has surely settled down as the No. 2 in the party, but his organisational acumen has yet to be showcased beyond the boundaries of Bengal.

The Tripura municipal elections were a major setback for TMC – the BJP earned a landslide victory, winning 329 of the 334 seats – and Abhishek’s pre-poll exhortations were of no use. He had said: “We must fight and defeat BJP, otherwise the situation in Tripura would turn out to be similar to Afghanistan.” The All India Trinamool Congress (AITC) general secretary had also claimed that his party would form the government in Tripura in the 2023 state assembly elections.

As of now, that seems a very long shot. What has come out in the final analyses is that TMC neither had the organisational set-up nor the financial muscle to match the BJP even at the municipal level. With the party’s coffers are at an all-time low – there aren’t many Bengal industries capable enough to provide the funding – the situation will not be any better by 2023. So what can change? A petty chest thumping of “ending BJP misrule” will not make hay.

Frankly, the TMC may be hoarding disparate leaders, but doesn’t have the wherewithal to effect a decent financing of their operations. Prashant Kishor may have outlined a political strategy, but somehow the state itself has to formulate a financial strategy to align with that. At the same time, there is huge concern growing within the state, vis-à-vis the economy. Jobs are scarce, the industrial fabric has been completely destroyed – every industry has to promise to pay TMC goons a sizable sum in protection money, resulting in huge erosion of profits. The state itself has little or no financial growth strategy in place, despite opportunities galore.

Within this situation, merely banking on political goodwill, Mamata is striding across the country, ‘recruiting’ leaders and workers at random. Some of them may look promising, while others are surely of no use. The frenetic pace of the leaders of the TMC isn’t focused. They seem to be acting on an impulse (of Mamata) and believe that this will bear fruit.

Maybe that will happen, but Congress is not dead yet, and the BJP is as astute a political animal as any other. There will be huge hurdles in place and what will help the TMC overcome those to become a truly national party – not just on the strength of a 5-6% vote percentage – is presenting a economic and governance model that has worked before.

West Bengal may be an ideal secular model for the critic, but a less than ideal financial model for the job aspirant. Mamata needs to come down to the basics; she needs to take care of her own state first. National aspirations can wait a little longer.