The systematic categorical exclusion of eligible female candidates to appear for the NDA and Naval Academy Examination is a violation of fundamental rights guaranteed under Articles 14, 15, 16 and 19 of the Constitution. 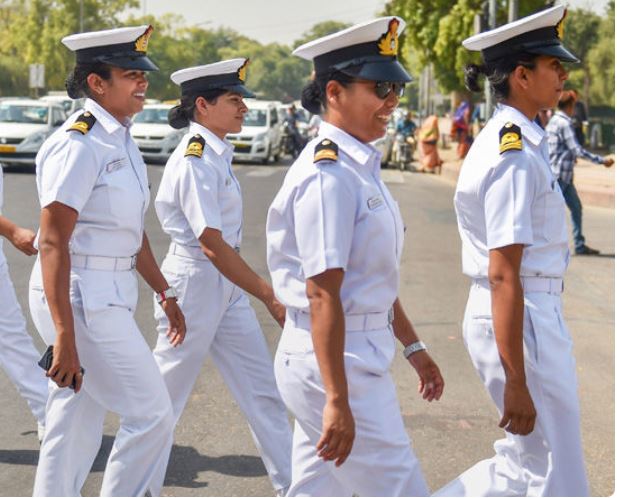 The bench of Chief Justice S.A. Bobde and Justice A.S. Bopanna and V. Ramasubramanian was hearing a plea filed by Advocate Kush Kalra, who submitted that the purpose for filing the petition is to raise the issue of violation of Articles 14, 15, 16 and 19 of the Constitution of India by denying the opportunity to eligible and willing female candidates to join the National Defence Academy and afford them a chance to enrol, train and develop themselves in the National Defence Academy into future leaders of the Indian Armed Forces, thereby, categorically excluding eligible and willing female candidates to chose joining the Armed Forces as a profession after completing 10+2 education and denying them a chance to train at the premier Indian joint training institute and centre of excellence for the Armed Forces.

The petitioner has submitted, “The Union Public Service Commission conducts the entrance examination titled “National Defence Academy and Naval Academy Examination” and as per the eligibility criteria, any unmarried male candidate, with the required educational qualification and aged between 15-18 years can sit for the examination and on qualifying the exam and on successful completion of training at the NDA and the subsequent training at the respective Academy of the Service the cadet opts for, gets commissioned into the Service as a Permanent Commissioned Officer by the age of 19-22. This opportunity to take the National Defence Academy and Naval Academy Examination at the age of 15-18 years, with the eligible academic qualifications is not available to eligible and willing female candidates and the sole reason for this categorical exclusion is on the basis of their sex.”

The petitioners further submitted that an exceedingly persuasive justification is required whenever the state is trying to implement a gender-based governmental action. However, as has been noted in the Judgment passed by the Apex Court in the matter of Secretary, Ministry of Defence v. Babita Puniya and Ors. the gender roles or the physiological features of a woman have no significance to her equal entitlements under the Constitution of India.

It has further been submitted that though the Court in Secretary, Ministry of Defence v. Babita Puniya and Ors. had taken on record the statement of policy placed on record in the proceeding by the Union Government in the form of a letter dated February 25, 2019 vide which the Union Government had allowed the grant of Permanent Commission to Short Service Commission women Officers in all the 10 streams where women have been granted Short Service Commission in the Indian Army, subject to certain directions laid down by the Court.

However, it has been submitted that such an order is only half a measure to restore equality of opportunity in the Army. Allowing eligible female candidates to appear for the National Defence Academy and Naval Academy Examination in order to train at the National Defence Academy and gain entry into the Indian Armed Forces as Permanent Commissioned Officers, in whichever branch it is permitted will further extend this exercise of restoring equality of opportunity in the Armed forces both in terms of recruitment and in terms of opportunity for career growth in the Armed Forces.