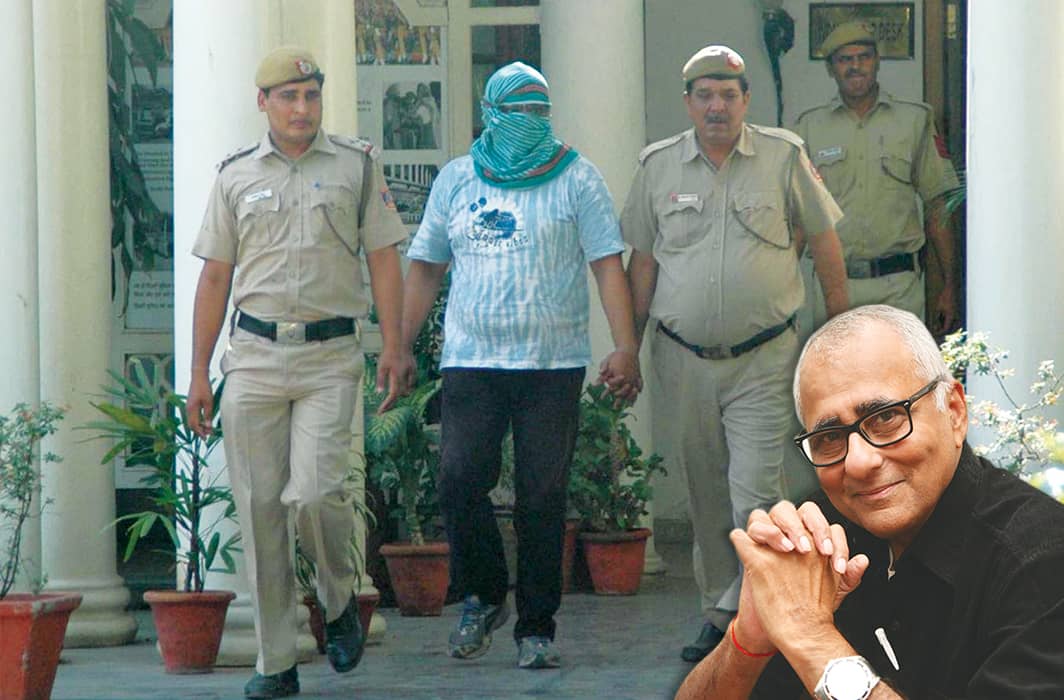 Wrongful prosecution by the police, prison sentences by judges in a hurry or under duress from Executive bullying, incarceration without bail and pending trial are some of the horrors that continue to plague the overburdened and undernourished legal system in India. This phenomenon blights the rule of law and brings our juridical universe into unrelenting disrepute and disgrace, putting a large question mark on our status as a modern republic established through the mechanism of a democratically-elected Constituent Assembly.

The most hideous aspects of these shortcomings come regularly into public focus when barbaric examples of police atrocities such as the recent brutal torture-murder of the Tuticorin father-son duo Jayaraj and Benicks while in judicial custody, or the 1980 Bhagalpur blindings of 31 undertrial “criminal” suspects with acid and bicycle spokes by the Bihar police, or malicious cases against political dissenters under draconian detention laws make the headlines. Routine police brutality goes largely unnoticed because there are inadequate safeguards and the public has developed a police-will-be-police attitude to crimes committed and human rights violated under the shelter of the law.

This is not to say that Indian society, policymakers and thought leaders are completely inured to this systemic blight. There are reams of research findings, commentaries, judgments and commissioned reports on this subject. The problem lies in the lack of political will in implementation, punishment to the offenders and adequate compensation to the victims of wrongful confinement and abuse.

Consider, for example, these damning statistics: According to the National Crime Records Bureau’s (NCRB) annual statistical report “Prison Statistics India” (PSI), there were 4,19,623 prisoners across the country, out of which 67.2 percent i.e. 2,82,076 were undertrials (people who have been committed to judicial custody pending investigation or trial by a competent authority), substantially higher than the convict population of 1,34,168 (32.0 percent)!

The 277th report of the Law  Commission (2018) on “Wrongful Prosecution (Miscarriage of Justice): Legal Remedies” is a landmark document dealing with this subject. It was primarily based on the Delhi High Court’s decision in the case of Babloo Chauhan @ Dabloo vs State Government of NCT Delhi. The Court expressed grave concern about wrongful prosecution and incarceration of innocent persons, highlighting the need for a legislative framework for providing relief to such victims.

The Court noted that there “is at present in our country no statutory or legal scheme for compensating those who are wrongfully incarcerated. The instances of those being acquitted by the High Court or the Supreme Court after many years of imprisonment are not infrequent. They are left to their devices without any hope of reintegration into society or rehabilitation since the best years of their life have been spent behind bars, invisible behind the high prison walls. The possibility of invoking civil remedies can by no stretch of imagination be considered efficacious, affordable or timely…”

The 2018 report made pointed references to previous Commission reports whose reformist agendas had remained unimplemented. For example, the 113th Report on “Injuries in Police Custody‟ dealt with the issue of burden of proof in prosecution of a police officer for an alleged offence of bodily injury to a person in custody. It recommended insertion of a Section 114B in the Indian Evidence Act, 1872 to provide that in the “aforesaid cases of prosecution of a police officer, if there was evidence that the injury was caused during the period when the person was in the custody of the police, the Court may presume that the injury was caused by the police having custody of that person during that period”.

The Commission further recommended that the Court, while considering the question of presumption in the said cases, “should have regard to all relevant circumstances including the period of custody, statement made by the victim, medical evidence and the evidence which the Magistrate may have recorded. The report also recommended shifting of burden of proof in offences relating to custodial violence and tortures”.

The 152nd Report on “Custodial Crimes” (1994) dealt with the issue of arrest and abuse of authority by the police officials. Referring to the concerned constitutional and statutory provisions, the report recommended many amendments. One reiterated insertion of Section 114B (as was recommended in the 113th report).

Another recommendation was to amend the Criminal Procedure Code, 1973, adding of a Section 41(1A) for recording the reasons for arrest, and a Section 50A to inform the nominated person about the arrest, among others.

The 154th Report on “Code of Criminal Procedure, 1973” (1996) undertook a detailed examination of the Code 1973 “so as to remove the germane problems leading to consequential delay in disposal of criminal cases”. It made comprehensive recommendations, including amendments in the 1973 Code, the Police Acts, amongst others. One of these was to separate the investigating police force from the law and order enforcement police force: to increase the expertise of the investigating police; make investigations efficient “which will reduce the possibility of unjustified and unwarranted prosecutions. The investigating police was recommended to be placed under the supervision of higher authorities”.

Another tough, no-nonsense document is the 273d Report on “Implementation of United Nations Convention against Torture and other Cruel, Inhuman and Degrading Treatment or Punishment through Legislation” released in 2017. Its recommendations endorsed insertion of Section 114B in the Indian Evidence Act, 1872. The Report noted that this provision will ensure that “in a case where a person in police custody sustains injuries, it is presumed by the Court that those injuries have been inflicted by the police, and the burden of proof shall lie on the concerned police officer to explain such injuries”.

The 277th Commission’s conclusions and recommendations, excerpted and summarised below, are a must reading for every practitioner of juridical arts who swears by the Rule of Law:

Did you find apk for android? You can find new Free Android Games and apps.
Share
Facebook
Twitter
Pinterest
WhatsApp
Previous articleIndia’s Largest Criminal Gang?
Next articleDelhi HC Suggests DBOCW Board To Suspend The Compulsory Requirement Of Aadhaar For Renewal Of Labour Registration Due To COVID-19