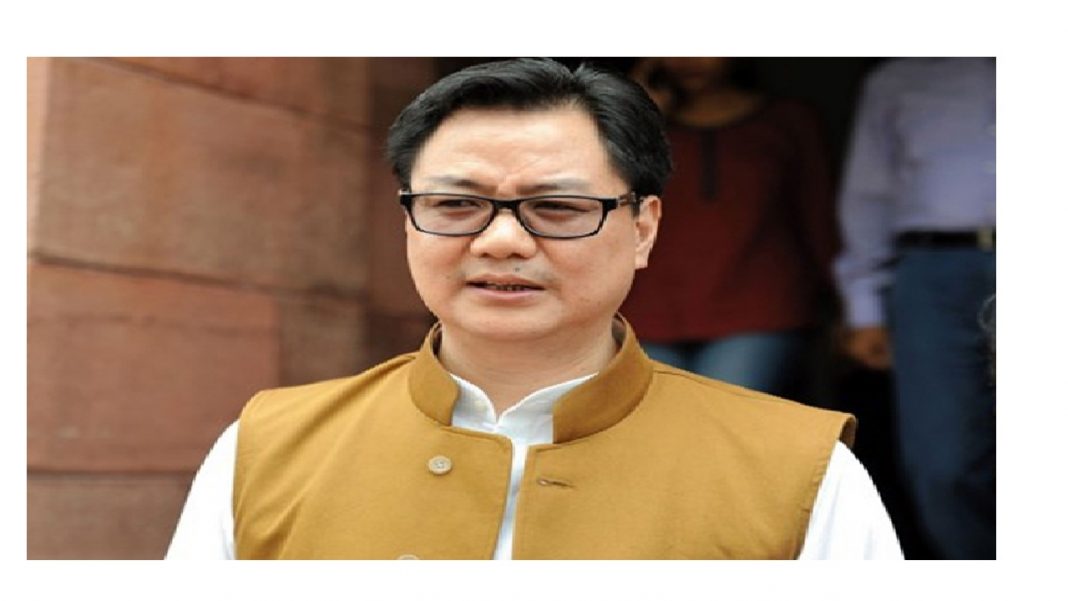 Union Law Minister Kiren Rijiju while speaking at the 76th Independence Day celebrations organised by the Supreme Court Bar Association (SCBA) said that it is easy for someone to be a spectator and say that judiciary should end pendency of cases in two years but those who feel the pinch will not make such remarks.

The Law minister said that India has judges with workload like no where in the World.

The minister highlighted the importance of the role by Executives to enable the judiciary to perform its task.

“Executive has a larger responsibility and without the proactive role of the government, it is difficult for the judiciary to perform in isolation. I have a clear cut role to play as a bridge between the executive and judiciary,” he added.

The Union minister was speaking at the occasion of the  76th Independence Day celebrations organised by the Supreme Court Bar Association (SCBA) today.

The Chief guest of the event was Chief Justice of India (CJI) NV Ramana. The other important people who attended the program were CJI designate Justice UU Lalit, Solicitor General Tushar Mehta.

The Union Minister said that he feels sad  and helpless when parliamentarians and common people on the street ask him why there is such a large pendency of cases and delay in delivery of justice.

He said “I am helpless as I respect judiciary. I can make statements taking advantage of my seat. But I dare not cross my lakshman rekha ever

“It is not that any organ is functioning less than the other. Judges here dispose of more than 40-50 case a day. No country in the world has judges with workload like ours,” he added.

He spoke that as the Amrit kal begins and India will complete 100 years of freedom in 2047, the three organs of the State -Judiciary, Legislature and Executive ,should work seamlessly to achieve their intended goals.

“There is nothing wrong in someone holding a constitutional post fighting for its independence. Some times you have to understand about the story on the other side of the fence.”

“Since the last three days, I am receiving many pictures from subordinate courts. They show how all courts have been beautifully decorated and this shows the Amrit Mahotsav has been taken seriously. I appreciate the High Courts and lower judiciary.”

Did you find apk for android? You can find new Free Android Games and apps.
Share
Facebook
Twitter
Pinterest
WhatsApp
Previous articlePeople have immense faith in Indian Judicial system, which gives it a unique character: CJI Ramana
Next articleCentre notifies appointment of 11 Advocates as Additional Judges at Punjab and Haryana High Court