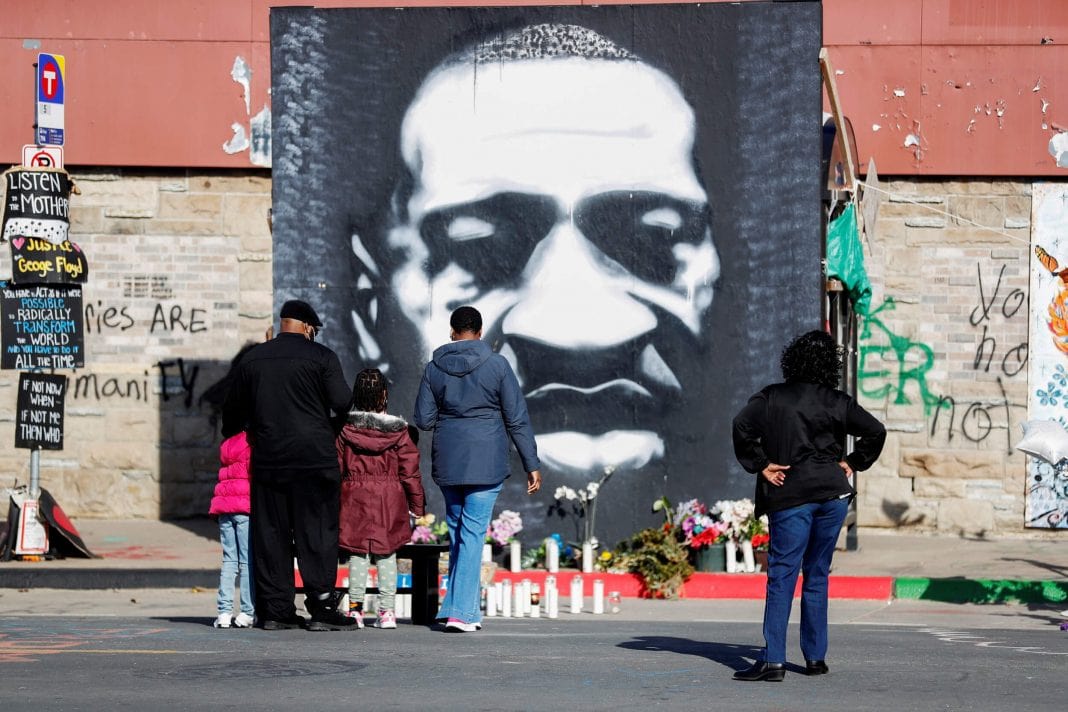 This feels like a replay from 20 years ago. VHS video in 1991 had captured four Los Angeles cops beating Rodney King. Despite bad light and limited VHS quality, it demonstrated excessive force.

What hasn’t changed is the issue of police use of deadly force against black males.

Shortly after joining CNN as vice president for television systems, I had to adjudicate a disagreement between a technician and a producer over using the Rodney King videotape in a story. “It doesn’t meet our quality standards. I cannot use it,” the video editor insisted. “It isn’t our video,” I said, “It has been released by the court in the trial of the cops.” I told him to use my name to complain to his boss. He used it.

The video at the heart of the trial for George Floyd’s death is modern digital video and has been downloaded 50,000,000 times in the past 11 months, and seen by countless millions on news programs globally. In contrast to Rodney King being savagely beaten, George Floyd’s life is squeezed out him in the 9-and-a-half-minute bystander video.

Prosecutor Steve Schleicher told jurors, “It’s what you felt in your gut. It’s what you now know in your hearts. This wasn’t policing. This was murder.” Recalling the testimony of a 9-year-old witness and many others at the scene who urged Chauvin to stop kneeling on Floyd’s neck.

If you can watch the disturbing video and focus on police officer Derek Chauvin, you will see determined nonchalance as he disregards Floyd’s cries that he cannot breathe.

Prosecution and defense lawyers made their closing arguments on Monday and the jury will debate what it has seen and heard. Will the jury acquit as it did in the King case, which set off three days of riot and demonstration in Los Angeles. Or will the final rebuttal words of prosecutor Jerry Blackwell carry the day: noting that Floyd lived for several years with heart disease, high blood pressure and opioid addiction, but only Chauvin’s “deadly force” killed him, Blackwell said, “You were told … that Floyd died because his heart was too big, The truth of the matter is that the reason George Floyd is dead is because Chauvin’s heart was too small.”

Eric Nelson, the attorney for Derek Chauvin, urged jurors in his closing statements to presume that Chauvin is innocent and then compare what he described as conflicting facts in the prosecution’s case. Nelson took nearly three hours bringing up myriad points that did not bear on the issue of Floyd’s killing. What he didn’t want to talk about was the video evidence outside the convenience store. While he said his client acted as any “reasonable officer” would, he did not mention that the defense’s own witness on excessive force admitted that Chauvin’s actions violated the policy of the Minneapolis Police Department, adding that a, reasonable police officer would abide by his department’s policies.

Nelson said, “The state has failed to prove its case beyond a reasonable doubt, and therefore Chauvin should be found not guilty of all counts.”

The problem is that under the law, other factors that contributed to the death don’t absolve Derek Chauvin of culpability. The jury has to find that Chauvin’s actions were only a “substantial causal factor” in Floyd’s death, not that other factors did not play a role.

Chauvin is charged with second-degree unintentional murder, third-degree murder and second-degree manslaughter. He could be convicted on all of the charges, some or none.

Each charge requires a different element of proof as to Chauvin’s state of mind. For all three charges, prosecutors must prove that Chauvin caused Floyd’s death and that his use of force was unreasonable.

Prosecutors do not have to prove Chauvin’s restraint was the sole cause of Floyd’s death, but only that his conduct was a “substantial causal factor.” Chauvin is authorized to use force as a police officer, as long as that force is reasonable. There are three charges   against Chauvin, each with a slightly different requirement.

Third-degree murder?  Jurors must find Chauvin’s actions  “eminently dangerous” and carried out with a reckless disregard for and conscious indifference to loss of life.

Second-degree manslaughter? Prosecutors have to show that Chauvin caused Floyd’s death through culpable negligence that created an unreasonable risk, yet knowingly took the chance of causing severe injury or death.

All 12 jurors must agree on at least one of the charges for a guilty conviction.

Under Minnesota sentencing guidelines, for a person with no criminal history, each murder charge carries a presumptive sentence of 12 1/2 years in prison, while manslaughter has a presumptive sentence of four years. Prosecutors want more time, citing several aggravating factors, including that Floyd was particularly vulnerable, that Chauvin was a uniformed police officer acting in a position of authority, and his alleged crime was witnessed by multiple children including a 9-year-old girl who testified that watching the restraint made her “sad and kind of mad.” Chauvin waived his right to have a jury decide if aggravating factors exist. So, if convicted Judge Peter Cahill will make that decision and probably sentencing Chauvin at a later date. This wraps up three weeks of testimony from 45 witnesses, mostly for the prosecution. Historically, it has been difficult to prosecute law enforcement personnel for the reason that defense lawyers turn the victims into bad people undeserving of justice.