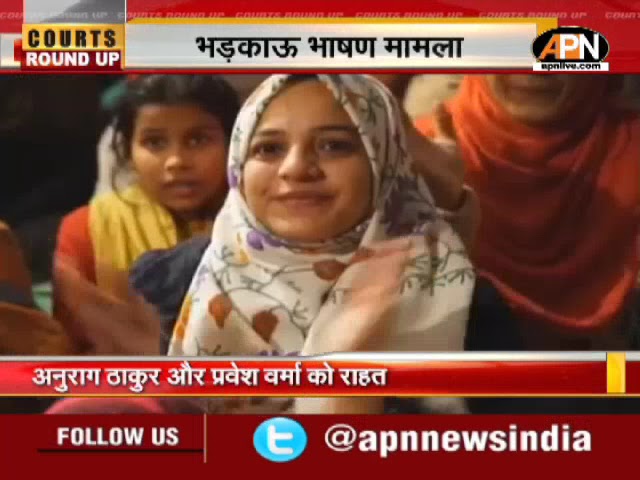 NCLAT upholds CCI’s order in the Future-Amazon case… Amazon will have to pay 202 crores fine in 45 days… Court said, Amazon had hidden information while taking approval of the agreement

Relief to Anurag Thakur and Parvesh Verma from Delhi High Court in inflammatory speech case Brinda Karat’s petition seeking FIR dismissed… Court said, both are MPs, and the case will be registered only after the government’s order… responsibility make a statement from the leader

Judicial custody of Satyendar Jain in money laundering case extended for 14 days… due to health reasons, demand for early hearing…. bail plea will be heard on Tuesday