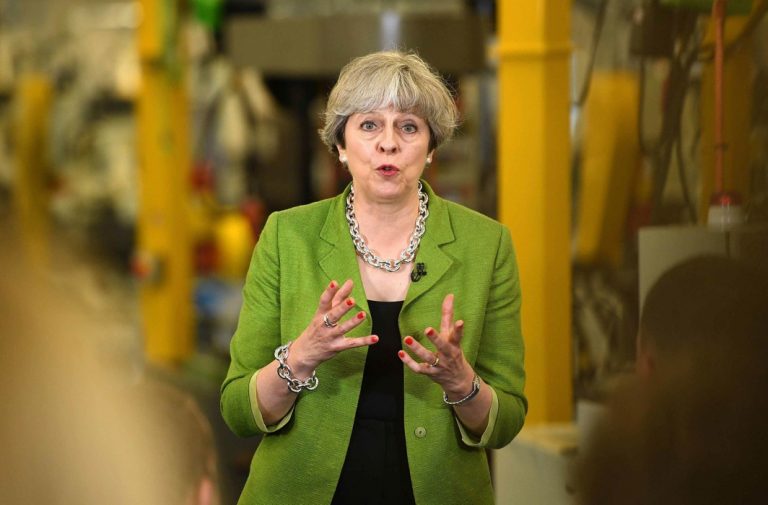 Brexit, a word used to describe Britain’s departure from the European Union (EU), has become a conundrum that no one seems to understand, let alone explain or solve. It has divided the country down the middle with 48 percent wanting to stay in the 28-country bloc while 52 percent desperately want to “regain control” and leave the EU after being in it for over four decades. These positions, assumed in the 2016 referendum, were based on a confusing debate with both sides peddling the fear of the unknown—whether Britain stayed in or out. Only one thing was certain and that was uncertainty!

Two years on and only six months away from the divorce date of March 2019, the British public are none the wiser on what Brexit will mean, whether it will be a “hard” or “soft” Brexit, what kind of deals will be struck with the EU, if any deal will be struck at all or whe­ther Britain will simply crash out with “no deal”.

The government, which is supposed to be in the know as it is negotiating the terms and conditions of the break-up, is almost as confused as the public. Prime Minister Theresa May has so far been unable to negotiate a deal that her own party will rally behind, let alone the Opposition. This year’s annual Conservative Party conference held in the first week of October showed the fault lines with former Foreign Secretary Boris Johnson criticising May’s Cheq­uers Deal on the fringes of the conference and stealing the spotlight. With such a divided house, it is questionable whether May can deliver a Brexit deal that even her party can agree is best for the country.

Brexit has managed to divide the Labour Party too. Though as party policy, Labour was staunchly on the side of staying in the EU, many Labour supporters, particularly outside of the big cities, voted to leave. Initially Labour said it would support implementing the Brexit mandate but strive for a “soft” deal, but after two-and-a-half years of muddled negotiations by the Tories, many Labour leaders, including Sadiq Khan, the mayor of London, are demanding a second referendum on whether the UK should leave the EU after all. They are convinced that this time round it would be a very different answer altogether.

With so much confusion surrounding the negotiations, businesses—both British and Indian which will be severely impacted by the “deals”—are suffering from “Brexit fatigue”. “The businesses we work with tell us that they simply don’t have enough information to enable them to prepare for any of the potential outcomes of Brexit,” said Edward Winterton, UK CEO of Bibby Financial Services, an independent business funder.

In fact, Bibby Financial Services and the British Chamber of Commerce (BCC) recently conducted one of the largest surveys of business opinion since the referendum, amassing the views of over 2,500 firms from across the country. And it found that nearly two-thirds of the firms were still not preparing for Brexit. The BCC has created a checklist for Brexit risk assessment to help them plan ahead and the survey found that 62 percent of firms had not carried out the assessment because they were waiting for more clarity from the government on the final deal before they act. Some of the Small and Medium Enterprises (SME) have switched off from the process because they do not believe they will be affected.

The survey found that 69 percent of micro firms with between 1-9 employees had not completed the assessment compared to 24 percent of firms with over 250 employees. “Six months to go until the UK’s planned departure, and firms still don’t have answers from the government to the most basic questions about trading conditions. With so much still unclear, a transition period is vital to allow firms the time to acknowledge and prepare for change,” said Dr Adam Marshall, director-general of BCC.

The survey also found that 21 percent of businesses will cut investment if there is “no deal”, 18 percent will cut recruitment and 20 percent would move part or all of their businesses to the EU. This would be disastrous for the UK economy and the BCC has urged ministers to redouble their efforts to reach an agreement with the EU. “Failure to reach a political agreement would have real-world consequences with significant decreases in both investment and recruitment. Larger firms and those active in international trade would suffer the most from a disorderly and sudden exit. Most concerning is that a significant number of businesses are considering moving part or all of their operation to the EU,” said Marshall.

Winterton added that the SMEs need clarity around the Customs Union, access to the Single Market and more details on the practicalities of implementing this historic change. “The consequences of a ‘no deal’ outcome could be disastrous for the 5.7 million SMEs in the UK—particularly for those buy­ing and selling goods within the EU,” said Winterton.

Indian companies in sectors such as automobiles, metals, IT, and tours and travels have notable exposure in the UK and EU and Brexit will have a major impact on them if it goes through. India is a major FDI source for the UK because many Indian firms have used it as a gateway to Europe. With Britain leaving the EU, it may no longer be as attractive to Indian firms as earlier. These firms are also waiting for clarity on the final deal before they are willing to make any comments on future plans.

Britain’s biggest car manufacturer, Jaguar Land Rover (JLR), owned by India’s Tata Motors, has already said a “hard Brexit” would cost the company £1.2 billion a year, curtailing its future operations in the UK. “We urgently need greater certainty to continue to invest heavily in the UK and safeguard our suppliers, customers and 40,000 British-based employees,” said Ralf Speth, CEO, JLR. As it is the only luxury carmaker that has Britain as its home market, JLR is more vulnerable to the impact of Brexit in comparison to its German rivals. If the UK comes out of the EU “single market”, then free trade will get disbanded and an import duty will be levied by European countries on JLR and all UK-based manufacturing companies. This will have an adverse impact on profit margins.

JLR has spent £50 billion in the UK over the last five years and has earmarked another £80 billion for the next five years. “This would be in jeopardy should we be faced with the wrong outcome,” said Speth.

Accountancy group Deloitte has warned that worries over the long-term impact of Brexit are mounting. This is pushing down optimism over future prospects as firms fear their trading relations with customers in the EU could be disrupted next year. A survey conducted by Deloitte showed that 79 percent of the 95 chief financial officers of FTSE 100 companies they spoke to expect the long-term business environment to be worse as a result of Brexit.

The BCC is concerned that the Brexit uncertainty is dragging down economic growth. It reported a slowdown in manufacturers reporting higher export orders despite the weaker pound making UK exports more competitive. “UK businesses are stuck in a limbo as negotiations with the EU rumble on,” said Marshall. “It should be a matter of grave concern to the government that sales and orders both at home and abroad are stagnating,” he added.

Time is running out for May. She needs to clean up the mess the Tories have created and deliver a deal that is acceptable to the whole country. Conser­vative peer and former Deputy Prime Minister Lord Heseltine put it very succinctly when he said: “The Brexiteers have had two years in which to produce a position along the lines in which they believe and after two years, they’ve produced absolutely nothing except a growing sense of panic.”

The next six months do not look as if they will be any different.