Mallya’s plea for Rs 7.8 crore from frozen funds turned down by London court 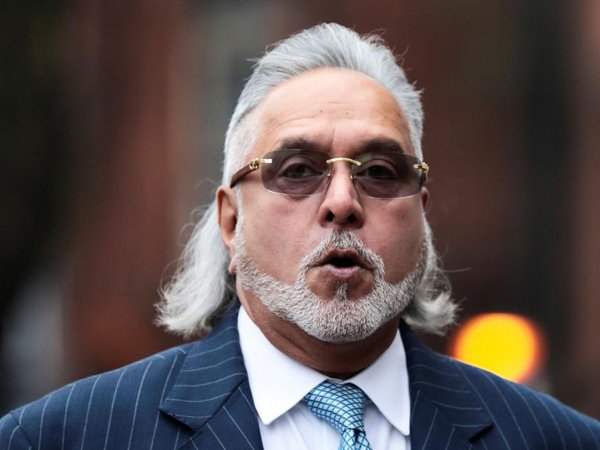 Mallya’s plea for Rs 7.8 crore from frozen funds turned down by London court

A London court recently refused to release the over £758,000 (Rs 7.8 crore) that former liquor baron Vijay Mallya wanted from funds held by the court to allegedly pay his legal fees in India. While dismissing this appeal by the beleaguered businessman, the London High Court Chancery Appeals Division judge said that the money could not be released because there was no breakdown and no invoices in support of the amounts being sought.

Rupees 29 crore of what used to be the 65-year-old Mallaya’s money is deposited with the court. This money is what accrued from the sale of the €3.2 million property Le Grand Jardin in Cannes, France. The High Court appeal by Mallya was a challenge of a similar lower court dismissal of his plea. Mallya, wanted for a Rs 9,000 core fraud in India, says he cannot pay his lawyers.

The judge was quoted as saying: “The banks have repeatedly asked for this information (on the break-up and invoices) and he has had numerous opportunities to provide it. Mallya has not provided any details of steps that might be taken in the Indian proceedings in the foreseeable future that might have a bearing on the bankruptcy petition,” the judge said.

Unlawful entry will bar those immigrants who have been allowed to stay in the US on humanitarian grounds from applying to become permanent residents, the US Supreme Court ruled. This resonates with the generally accepted position of the Joe Biden dispensation. The Court’s opinion was expressed when a married couple from El Salvador appealed before it. The couple had been granted a so-called Temporary Protected Status, but a lower court had rejected their application for a green card. The Court had cited their unlawful entry as a reason.

The Supreme Court upheld the lower-court’s verdict and this verdict, it is being said, will act as a precedent for thousands of immigrants who may have lived in the United States for years.

Despite the general soft stand taken by Democrats, President Biden, in this particular case, seems to have been closer to former President Donald Trump and the Republicans than his own party. Trump was known for his hardline stand on immigration policies that had been opposed by immigration advocacy groups.

In 2010, football superstar Christiano Ronaldo was involved in a case where he was accused of rape (in Las Vegas) by a Nevada woman, Kathryn Mayorga (name now in public domain, with Mayorga’s consent). Ronaldo settled the matter with a $375,000 payout and a deal that this issue be hushed up for good. That has not happened, and if Mayorga’s attorney Leslie Mark Stovall is to be believed, the woman is now looking for further payouts.

To this end, it has been alleged by a battery of Ronaldo’s lawyers that the woman’s lawyer has been involved in cyber hacking, document theft, which amounts to attorney misconduct. Ronaldo’s lawyers have approached a federal judge to dismiss a lawsuit filed after reports of the sexual encounter became public and to punish the woman’s attorney Stovall. Documents, say the football star’s lawyers, have been stolen from an entity called “Football Leaks” before the case was filed.

Ronaldo’s lead lawyer Peter Christiansen wants a dismissal and also a disqualification of Stovall from acting as counsel.

Murder convict in Bangladesh gets another woman to serve her sentence

In a somewhat strange case, a Bangladesh High Court recently released a woman (a widow) who spent three years behind bars, serving a murder conviction for another woman. The actual convict (Kulsumi Akter) had allegedly promised the widow that she would take care of her children if she served out the sentence which would have been meant for her. The High Court not only ordered the release of Minu Akter (the widow), but also summoned three lawyers involved with the case, as well as a lawyer’s assistant.

The strange arrangement may have been the brainchild of lawyers Nurul Anwar, a public prosecutor at Chattogram’s Women and Children Repression Prevention Tribunal-2 and lawyers MA Naser and Vivekananda, and assistant Sourav. They will have to appear before the High Court on June 28 and explain the incident.

The bench of Justices Jahangir Hossain and Mohi Uddin Shamim also ordered authorities to investigate whether any fraudulent act took place during the filing of an appeal against Kulsumi’s life sentence, a process which requires the convict to surrender first.