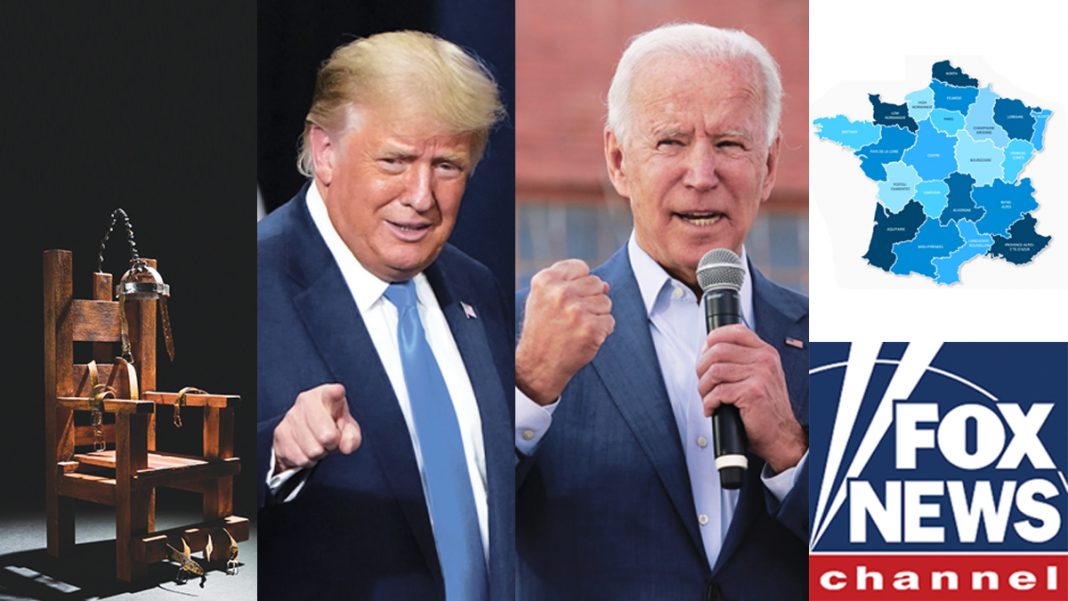 This is regarded as a dramatic shift in approach for the commonwealth which earlier had the nation’s second-highest number of executions.

This was a result of the culmination of a years-long battle by Democrats who argued against the capital punishment. The Supreme Court had reinstated the death penalty in 1976.

Ralph Northam was quoted as saying: “The death penalty system is fundamentally flawed—it is inequitable, ineffective, and it has no place in this Commonwealth or this country. Virginia has come within days of executing innocent people, and Black defendants have been disproportionately sentenced to death. Abolishing this inhumane practice is the moral thing to do.”

If we talk about current times, Virginia is second only to Texas in the number of executions it has carried out, since 1976, as per the nonprofit Death Penalty Information Center.

After the U.S. Supreme Court had dismissed a dispute over the legality of former President Donald Trump’s hardline immigration policy that barred immigrants deemed likely to require government benefits from obtaining legal permanent residency, a group of Republican state officials have asked the U.S. Supreme Court to allow them to take over the defence of the strict immigration rule.

The 14 Republican state attorneys general, led by Ken Paxton of Texas, have asked the justices to stay an Illinois-based federal judge’s decision that threw out the so-called “public charge” rule countrywide. They have further maintained that that the Biden administration’s change of position and refusal to defend the rule were an attempt to evade the normal and cumbersome process of unravelling a federal regulation.

The administration of President Joe Biden, who took office in January and has been a staunch critic of Trump’s immigration approach, is widely expected to dump the policy known as the “public charge” rule.

A coalition of immigrant rights groups that along with New York, Connecticut and Vermont had denounced the said rule as an illegal “wealth test,” which cannot be enforced.

In a ruling, the Manhattan-based 2nd U.S. Circuit Court of Appeals had held that that the rule likely violated federal immigration and administrative law by impermissibly expanding the definition of who counts as a “public charge” and greatly increasing the number of people who would be rejected for residency.

In what could flare up the debate between defamation and the right to free speech, Dominion Voting Systems has recently filed a defamation lawsuit against Fox News, wherein, the network had accused the company of rigging US presidential elections, held last year.

Dominion Voting Systems has filed a lawsuit in the Delaware Superior Court against Fox News, alleging that the network deliberately aired false claims that the company rigged the 2020 US presidential election in order to boost ratings. Dominion Voting systems, which is one of the largest election equipment manufacturers in the US, has claimed $1.6 billion from Fox News in damages.

Dominion has accused Fox and affiliated media channels of making numerous “verifiably false” defamatory statements about the company. The 441-page lawsuit says: “As the dominant media company among those viewers dissatisfied with the election results, Fox gave these fictions a prominence they otherwise would never have achieved extensive republication and dissemination of the falsehoods through social media, these lies deeply damaged Dominion’s once-thriving business.”

Fox has called the lawsuit “baseless” and affirming the veracity of its 2020 election coverage. Nonetheless, Dominion had made similar allegations against former Trump lawyer Rudy Giuliani as well as MyPillow CEO Mike Lindell.

France gets immunity from France.com

A recent ruling by the US Fourth Circuit has granted immunity to France from US trademark infringement claims brought by the former owner of “France.com.” Jean-Noel Frydman in 1994 bought France.com and used it to sell French travel services.

Frydman had sued the French government for seizing the domain name ‘France.com’ that he registered in 1994. In 2015, France sued Frydman claiming he registered the domain name in bad faith. Since then, Frydman, a US citizen and French expat, has been waging courtroom battles with the European nation over the France.com web domain he’d controlled since 1994.

An Ohio Professor Nicholas Meriwether was reprimanded in 2016 after a transgender student complained that he used “Ms.” instead of “Mr.” while referring to the student in class. Now, in a unanimous ruling the 6th US Circuit Court of Appeals has ruled in favour of the professor while stating that the Shawnee State University violated Meriwether ‘s right to free speech and free exercise of religion by punishing him for refusing to address a transgender student by her preferred pronouns.

On this, the University had warned the professor on the suspension of his service without pay for violating its non-discrimination policy.

Meriwether, a philosophy professor and devout Christian had sued Shawnee State University, claiming that the policy infringed on his religious belief that gender is fixed from the moment of conception.

In a three-judge panel, Circuit Judge Amul Thapar said Meriwether noted that the university offered no proof Meriwether’s decision not to use feminine pronouns affected his job, hampered school operations or denied educational benefits to the student, known as Jane Doe.

The recent ruling has paved the way for the professor to pursue a lawsuit seeking damages.

Did you find apk for android? You can find new Free Android Games and apps.
Share
Facebook
Twitter
Pinterest
WhatsApp
Previous articleNew CJI: The road ahead
Next articleCovid-19 spike: Allahabad High Court restricts functioning of both benches till April 9