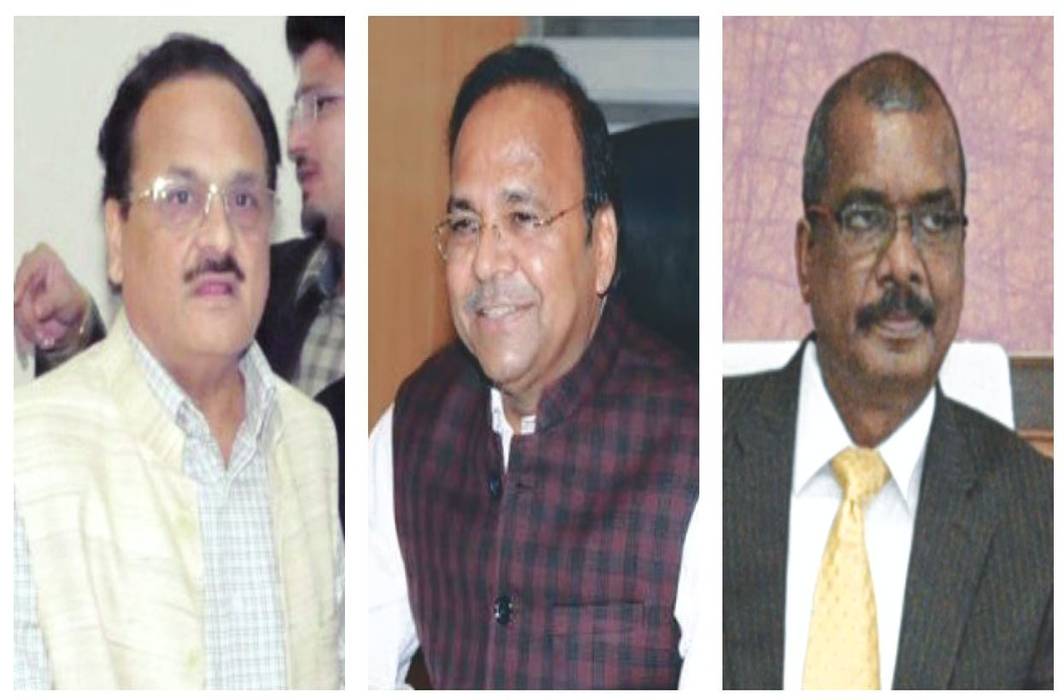 Following a PIL, the Chhattisgarh High Court has handed over the Rs 1,000-crore case involving top bureaucrats to the CBI despite stiff pressure from the IAS lobby

Quite like the fodder scam in Bihar, Chhattisgarh has its Disability Fund Scam estimated at Rs 1,000 crore. The difference is that ruthless bureaucrats in Chhattisgarh swindled money meant for the disabled by forming a society on paper and drawing out cash through false billing and fraudulent schemes over 15 years.

However, the Chhattisgarh High Court sensed something amiss and turned a criminal petition into a PIL and handed over the case to the CBI. It did not back down even after intense pressure was applied by two ex-chief secretaries and a host of officers to not hand over the case to the CBI. The petitioner, Kundan Singh Thakur, a Class III employee of the state social welfare department, named two ex-chief secretaries, an additional chief secretary, two secretary-level IAS officers and seven officers of the social justice department.

The officers are accused of siphoning off funds to the tune of Rs 1,000 crore from the State Resource Centre (SRC) and the Physical Referral Rehabilitation Centre (PRRC) of the state government. The High Court found that these centres exist only on paper and salaries and expenses were drawn in the name of non-existent employees every month with the complicity of these officials. The surprising thing is that two former chief secretaries—Vivek Dhand and Sunil Kujur—were named among seven IAS officers. Amounts of Rs 35-40 lakh were withdrawn every month in the name of the SRC and the money vanished into a few hands in the social welfare department. Incidentally, the fodder scam used a similar device—money was withdrawn from the treasury for fodder for non-existent cattle.

The High Court order was passed by a division bench of Justices Prashant Kumar Mishra and Parth Prateem Sahu on the petition filed by Thakur in 2018. Thakur alleged that several persons, including himself, were shown as employees of SRC and PRRC and salaries were drawn in their names without their knowledge. There are several facets to the High Court order. The Court seems to be convinced that there was consistent looting of the state treasury over several years presided over by Dhand and his ilk. This is crystal clear in the order, which says:

Interestingly, at least two of the IAS officers are serial offenders. BL Agarwal’s services were terminated by the Department of Personnel & Training over allegations of a massive scam of Rs 250 crore in 2017. Alok Shukla, who was recently reinstated as education secretary after five years of suspension in the Nagrik Apurti Nigam scam, is still under investigation. Other IAS officers include MK Raut and MK Shroti. Raut is under ED investigation for travelling to London without permission for a holiday and for his properties in various locations.

The irony is that most of these officials served under the Raman Singh government when the scam was alleged to have taken place and have been rehabilitated by Chief Minister Bhupesh Baghel. Dhand is now chairman of RERA, Raut is the Chief Information Commissioner and Kujur, who was Baghel’s first chief secretary, is now chairman of an election tribunal for cooperatives.

Immediately after the order, the powerful lobby of officers got together and marched to Bilaspur High Court and entered Justice Mishra’s court with an application to delete their names from the order. Justice Mishra told them to keep cool till the same two-judge bench sat again in case they wanted a review of the order. The officers, however, refused to give up as the aim of the whole exercise of review was to keep the CBI out of the state and not let it investigate the matter.

This is not the first time that the IAS lobby led by Dhand, Kujur, Raut and Agarwal, amongst others, has tried to scuttle an investigation by the CBI. After the registration of the case by a single bench in 2018, it was transferred to a double bench as a PIL. During the progress of the case, the then CBI SP in Raipur, Prashant Kumar Pandey, gave an affidavit on March 11, 2018, as respondent number 5 that he “was overburdened with work and therefore the honourable court may not entrust the enquiry to CBI”. Strangely, in para 2 of the reply, Pandey claims that “the contents of the present petition are denied for want of knowledge”. Then in his affidavit he claimed that he is “well versed with the facts and circumstances of the case”.

The CBI will have to answer to the Court why and under what circumstances such a patently misleading and false reply was filed since the Court itself wants the CBI to do a complete investigation.

After the CBI reply, another respondent, then chief secretary Ajay Singh, filed his reply in September 2018 where he claimed there were heavy financial irregularities as alleged by the petitioner to the tune of Rs 200 crore. In an internal investigation ordered by another secretary, it was found that there were 31 instances of severe financial irregularities in which crores were withdrawn without proper approval or procedure. He, however, sought to keep the investigation internal and even filed two pages of unwanted reply on how they were henceforth going to manage the finances of the Department of Social Welfare. This seems to be an indication that the Raman Singh government, guided by the IAS lobby, wanted to keep the CBI out.

It is strange that the Baghel government is also backing the claims of the tainted officers. This flies in the face of his stand against corruption when he was in the opposition. A major reason could be that Baghel had issued an order withdrawing permission to the CBI to enter and register cases in the state. Now the CBI is entering through a court order.

The same set of officers used their clout to browbeat the local media. It threatened local journalists through their minions to keep the news from the front pages of newspapers. The media succumbed but the High Court was clear in its approach and thinking. Justice Mishra, who was elevated from the local Bar, is well aware of the reputation of all the officers involved so it was not difficult for him to make up his mind.

Nevertheless, another review petition was filed by Agarwal on February 2 on the same lines—that he was an honest and upright officer and had no relation with the current case. The petition came up for hearing on February 4 and 5. But the additional solicitor general informed the Court that the CBI had filed the FIR so the review petition had become infructuous, but not before the state embarrassed itself by petitioning the Court for a review on behalf of the officers. It claimed that the officers were honest and blameless and the petitioner was a fraud who had been dismissed from service and had filed the case on the basis of fraudulent papers. Amazingly, it then went on to claim that it could do its own investigation and no independent agency like the CBI was required.

Justice Mishra closed the arguments with a remark that the particular file in which the state had been advised to go in for a review be put up for his perusal. He wanted to ascertain who the officers were who had signed the file and for what reasons they wanted to defend a case of prima facie corruption.

The counsel for the original petitioner, Devershi Thakur, expressed satisfaction at the outcome but also expressed fears that he and his client may face immediate state suppression. “I have been threatened by certain officials that FIRs will be filed against me on some pretext or the other,” he told India Legal.

The right thing for the officers would be to resign from their constitutional positions and submit to the CBI inquiry and wait for their names to be cleared. But that seldom happens in India.

Lead pic: MK Raut, Vivek Dhand and Sunil Kujur are among the seven IAS officers accused in the scam. Dhand and Kujur are former chief secretaries