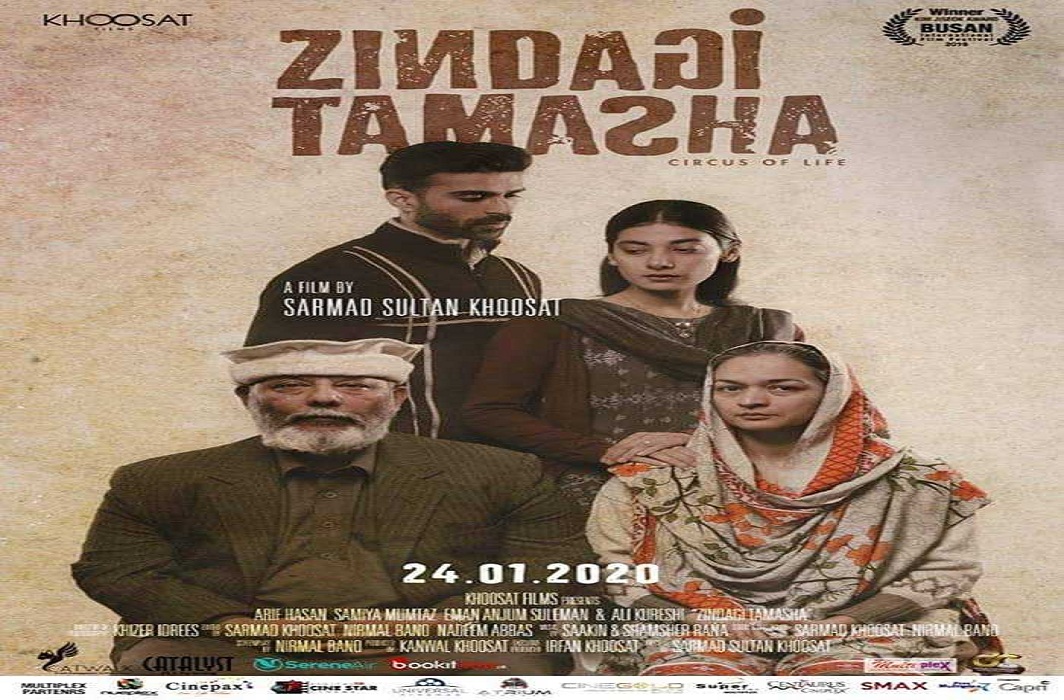 It has become Padmaavat of sorts of Pakistan. Produced and directed by Sarmad Khoosat, Zindagi Tamasha deals with the life of naat (poetry in praise of Prophet Muhammad) singer, who has been ostracized by the society.

Like Padmaavat, Zindagi Tamasha has been cleared by the central and Punjab censor boards, but the Pakistan government has stopped its release due to threats by Tehreek-e-Labaik Pakistan (TLP), a fringe fundamentalist political party, which accuses the film of portraying a cleric in an objectionable manner.

The controversy has erupted because the theme of the film, without making it very obvious, talks about how easily a slight slip can land even a naat singer into trouble because of the rise of fundamentalism. In the film, the protagonist sporting a beard is caught on camera dancing in a neighbourhood marriage. This video goes viral, turning his life upside down. What has made fundamentalists cry foul is that when in the film the protagonist is told that what he has done is ‘wrong’ and he has to do “this and this” to repent otherwise he will be accused of blasphemy. In his reply, the protagonist says: “Wrongs also happen in madrasas but nobody talks about them”.

The TLP has called for mass rallies across the country to protest against the release of the film, saying: “The characterisation of the naat-reader in the film is such that it can cause discomfort to the public and might lead them to deviate from Islam and Prophet (Muhammad).”

Knowing how sensitive and dangerous the issue of blasphemy in Pakistan, Sarmad has even written to Pakistan army chief, Prime Minister Imran Khan and chief justice, saying that there is nothing offensive in the film, which has been thrice cleared by the censor board and had been shown at Busan Film festival.

According to famous Pakistani author Mohammed Hanif, who has seen the film, says it is not about child molestation or does not make fun of Islam.

Zahid Mukhtar, a senior Lahore-based journalist, told India Legal: “It sounds something similar. What had happened in India before the release of Padmaavat, the same thing is happening in Pakistan. In India, a fringe Rajput outfit, without seeing the film, started a protest and even issued death threats to the director of the film and Deepika Padukone.”  Second, Sarmad has submitted the film thrice to censor board and even a slight reference, which can be construed as ‘objectionable’ has been deleted, he told India Legal.

Mukhtar says Sarmad’s three generations have been in the entertainment industry. His grandfather Sultan Khoosat and his father Irfan Khoosat have earned a lot of respect and affection from the society for their creative work.

Sarmad has made the much-acclaimed film on the life Saadat Hasan Manto and this is his second feature film. People like Sarmad has breathed a new life into the Pakistan film industry, which has for long suffered the onslaught of Bollywood movies, Zahid told India Legal.

If the government buckles under these pressure tactics, it will be a big setback to artistic and critical thinking space, Zahid concluded.