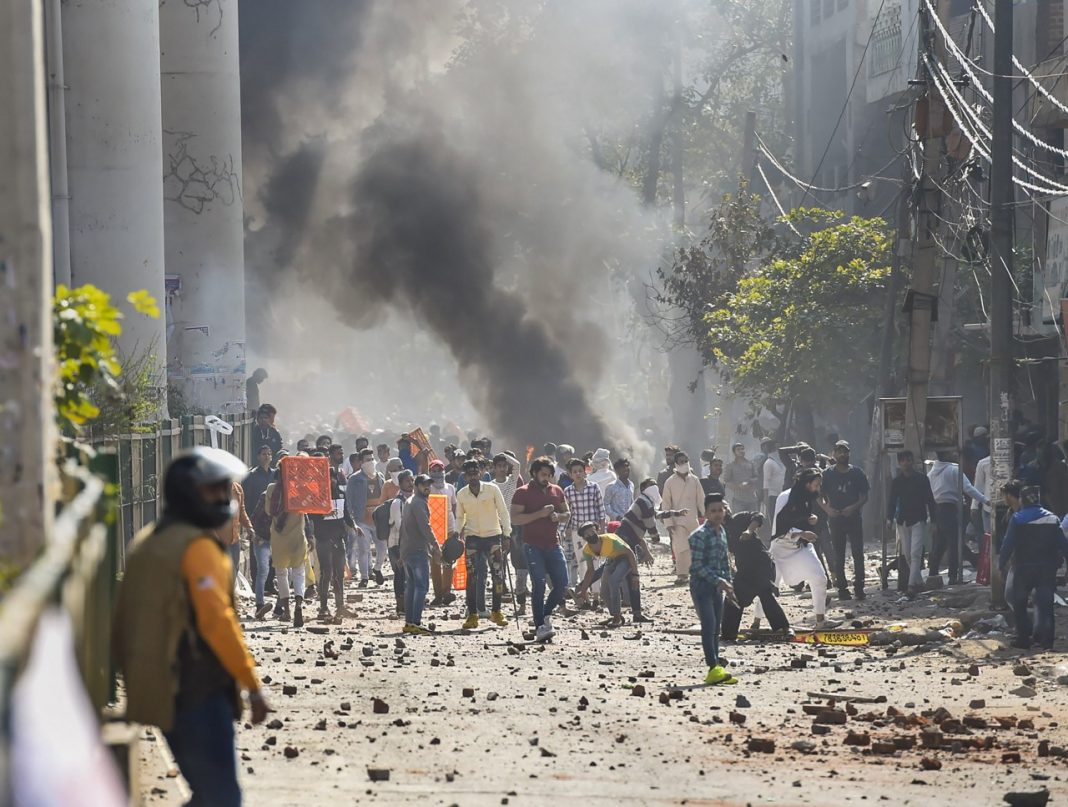 There’s a false promise about India propagated by shamans and gurus and naked fakirs as well as the thousands of devotees that throng our places of worship each day in search of good fortune, with fortune being the operative word. That combined with the inspirational teachings of spiritual figures like Gautama Buddha, Swami Vivekananda (not the one mangled by Donald Trump), Guru Nanak, Jiddu Krishnamurti, to name a few, has given India the reputation of being a land of peace and spiritual awakening. Millions have come to this land in search of nirvana, in itself a false promise. Nirvaṇa is a w0rd found in the texts of all major Indian religions and refers to the profound peace of mind acquired with moksha, liberation from a state of suffering. The truth is that India is a land in search of violence, not the cradle of civilization but of man’s inhumanity to man, as we see in riot after riot, where lives and livelihoods are destroyed in the blink of an eye, and where neighbours who have lived together for decades in peace and harmony, suddenly turn on each other like rabid dogs. That such bloodthirsty mobs materialize out of thin air with just one objective—death and destruction—-is an enduring and tragic mystery. If such mobs can move freely in the capital of the country without fear of official retribution or the police, says a lot about the country we have become.

Delhi has been here before, in 1985, when thousands of innocent Sikhs were butchered in broad daylight while the police remained mute and willing spectators. This time, it was communal in nature but once again fired, forged and instigated by politicians. There is, ironically, one politician who wrote the ultimate book on communal violence. It was called Riot after Riot and authored by M.J.Akbar, then a journalist. This is what he wrote and it resonates so strongly with what happened in Delhi last week that some essential parts are worth reproducing. This is what he wrote in 1991:

“Law and order have two enemies: the Full Truth and the Complete Lie. When people realise the truth, they start revolutions. When they are fed lies they begin meaningless riots. Lies are the staple of every communal disturbance. They are spread by people who have a stake in this stupid violence, who have something to gain out of impoverished Hindus and Muslims fighting each other. Businessmen, traders, politicians, goondas, leaders of ‘cultural organizations’(like the Hindu Rashtriya Swayamsevak Sangh — RSS) feed the people with lies, watch these lies become convictions in people’s hearts, watch the passions build-up, and then these leaders actually set up the events which will provoke a conflagration. They simply stick a pin into the nerves of people, and it is only a matter of time before the people explode. Then, when the first round of violence is over, when the initial steam has been let of, the lies keep on circulating. The people must not realise that they have been fooled or they will tear down their false heroes. There is fuel already in the murky events that make up communal violence, and upon this more lies are heaped and spread. After all, if the Hindu and Muslim live in peace, how will the RSS find another convert? How will the trader sell arms? How will a shopkeeper have the pleasure of seeing a rival’s shop burn down? How will the goonda loot? How will the communalist kill a fellow human being? Keep the lies floating friends!”

Akbar is now a member of the BJP, a former minister, and would likely be embarrassed about his comments on the RSS, but never have truer words been written.