This book is a scathing and no-holds-barred account of the legal profession which does not always serve the cause it is supposed to and where there is blood on every hand.
By Ajith Pillai

Ranjeev Dubey’s new book pulls no punches in exposing the darker side of the legal profession. His narrative, culled from personal experiences, is witty and deli-ghtful, coming from a lawyer who also likes to laugh at himself.
Perish the thought if you expect this book to give you “sanctimonious claptrap”. Neither will it provide you any esoteric insight into the judicial process or the higher values it supposedly stands for. To put it simply, Ranjeev C Dubey may be a very successful corporate lawyer but the book he has authored is a no-nonsense and scathing look at the legal system and the professionals who work within it — primarily lawyers. It is a stark and dark picture that he paints sans any frills.

WIT SANS POMPOSITY
This is what makes Legal Confidential: Adventures of an Indian Lawyer a very enjoyable book. Its entertainment value is additionally augmented with wit that flows freely and in good measure from Dubey’s pen. In fact, you can instantly recognize that he does not take himself too seriously—pomposity is not his middle name, although the same cannot be said of some others in the legal profession who like to project themselves as exalted members of society who fight for justice.

The author is thankfully candid about how naive he was when he started out on his journey, scrambling on to the lowest rung of the ladder—trial courts. In fact, he admits that he chose to study law in the first place because he read detective fiction which was all about “bringing offenders to justice and justice seemed important”. However, he was quick to realize that the legal system did not always serve the cause it is supposed to serve.

To quote: “I learnt soon enough that justice didn’t necessarily have a great deal to do with the legal system. I also learnt that justice was not of paramount interest to many service providers of the legal system. Last, and definitely most importantly, I learnt that the last thing the providers in the justice machine wanted to do was be just to each other. It was a dog-eat-dog world of self-serving street fighting, no quarter was asked for or given and the winner took all. When the velvet gloves came off, there was blood on every hand. It took twenty years for the reality of the legal world to sink in.”

PROFESSIONAL LADDER
As he climbs the legal ladder, the author joins a law firm as a junior and then works his way up to become a partner at a law firm. He soon arrives at a point where he can project himself as “this uber-luxury-champagne-breakfast corporate commercial lawyer with a lifestyle to kill for”. ­

However, he immediately brings himself down a few notches by pointing out that everything that came his way—particularly clients—was not up-market. One April morning, he had a gentleman going by the name of Sethi call on him to resolve a real estate problem in Mumbai. This is where Dubey’s wit takes over: “I liked him instantly. He had the face of a bulldog, the backside of a water buffalo, and the self confidence of Salman Khan taking off his shirt at a gay bar.”

Perhaps the funniest bits are the ones from his early years when the author has to come to terms with the system that runs the lower judiciary in which the judge is only the CEO. There are others—the court reader, the stenographer and the court ahlmed or storekeeper—who have to be kept happy to run a successful practice. Into this vortex of corruption, delays, repeated appearances and adjourned hearings falls the litigant who is left confused and frustrated by a system that is unsympathetic towards him.

ALPHA MALES
Dubey also captures the early morning madness at Tees Hazari courts in Delhi when “miscellaneous matters” are taken up. These pertain to simple procedural matters and a junior lawyer is kept on his toes and given “60 minutes to cover 20 courts in a four-storey building”. The rush hour action is quite overwhelming. “Lonely Planet never figured this out, but 10 am sharp is the time to be a tourist in search of exotica in the Tees Hazari courts. Like a herd of rampaging elephants in the throes of a mast, a thousand lawyers scamper for the courts in a flurry of elbows, grunts, knees and chest bumps…where else in the world would you find such a dense concentration of alpha males in search of someone to bully, bluff, befuddle and bludgeon?”

“It was a dog-eat-dog world of self-serving street fighting, no quarter was asked for or given and the winner took all.”

Legal Confidential does touch upon lawyers and sex—seniors sleeping with juniors, judges being influenced through sexual favors and the like. But the author dismisses much of it as rumors spread by vested interests. Of course, he admits that such things do happen since lawyers are also human beings.

Dubey’s book is a remarkable and witty excursion into a world that most people know little about. It is also the inside story from someone who calls a spade a spade. Students of law should read the book so that they can get a lowdown on the profession they have chosen. As they say, forewarned is forearmed. 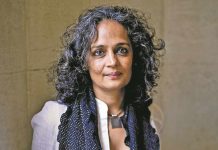 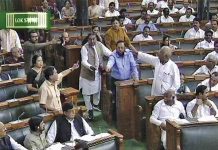