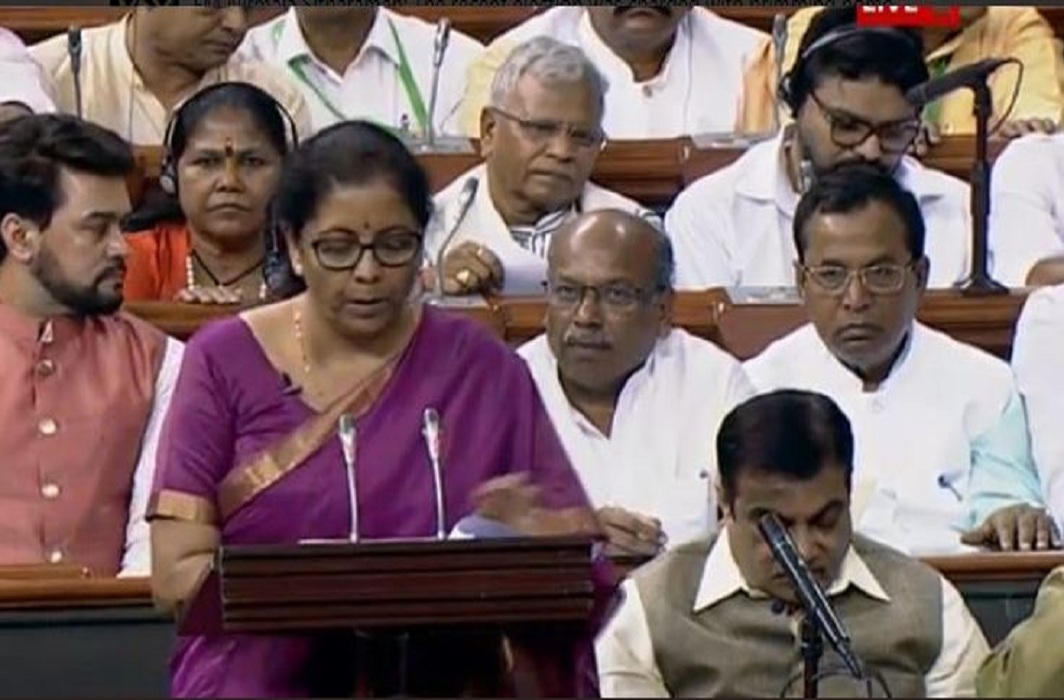 Delivering her maiden Budget speech in the Lok Sabha Finance Minister Nirmala Sitharaman said “Gaon, Garib and Kisan” are the focus of the government in their projects. This the first budget presented by the Modi government in its second term and Sitharaman is the first woman to head the finance ministry since Independence. She said the Indian economy will grow to become a $3 trillion economy in the current year itself. “It is now the sixth largest in the world. Five years ago it was at the 11th position… It took us over 55 years to become a $1 trillion economy. But when the hearts are filled with hope, trust and aspiration, we, in just 5 years, added $1 trillion,” she said.

In a departure from tradition, Sitharaman did not pose with the iconic briefcase, like her predecessors. Instead, she was seen holding a red cloth folder enclosed with a string and emblazoned with the national emblem, which was described by officials as the “bahi khata“.

Chief Economic Advisor Krishnamurthy Subramanian said the Budget briefcase had been replaced by the traditional bahi khata in keeping with Indian tradition. “It is in Indian tradition. It symbolizes our departure from slavery of western thought. It is not a budget but a ‘bahi khata‘(ledger),” Mr Subramanian was quoted as telling news agency ANI.

Highlights of Sitharaman’s budget include a new National Education Policy to transform education system and a National Research Foundation to fund, coordinate, promote research. She also pledged to expand ‘Swachh Bharat’ to undertake solid waste management in villages. Other policy measures spelled out were BharatNet to aim at internet connectivity in local bodies, proposals to streamline multiple labour laws and steps to attract foreign students to India for higher education. Sitharaman also proposed to develop 75,000 skilled entrepreneurs in agro-rural industries, measures to provide NRIs seamless access to Indian equities, rapid urbanisation which needed to be seen as an opportunity rather than a challenge, steps to harness India’s space ability commercially and further opening of FDI in aviation, media, animation and insurance sectors.

The not-so-good news comes just before the close of Sitharaman’s speech.  Sitharaman has proposed to increase special additional excise duty and road and infrastructure cess  each one by 1 rupee a litre on petrol and diesel. That’ll not go down well with many consumers. Petrol/ Diesel  prices are set to go up an is sure to cause consumer unhappiness . Also, tax on the rich is set to go up. Those earning Rs 5 crore and above will now be in the 42 percent tax bracket.

Prime Minister Narendra Modi said the union budget presented today by Union Minister Nirmala Sitharaman is “one of hope” and “it is a budget that will boost India’s development in the 21st Century”.
The budget, he said, will strengthen enterprises, increase participation of women in the country, simplify the tax system and modernise infrastructure.
Reactions from political rivals were along expected lines. Adhir Ranjan Chowdhury, Leader of Congress in Lok Sabha said there is nothing new, repetition of old promises. They are talking about new India but the budget is old wine in a new bottle. Nothing new, no plan for employment generation, no new initiatives.
Did you find apk for android? You can find new Free Android Games and apps. 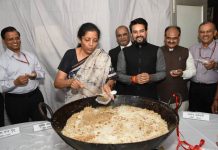 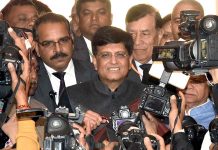 Not a vote-on-account: Highlights – Union Budget 2019