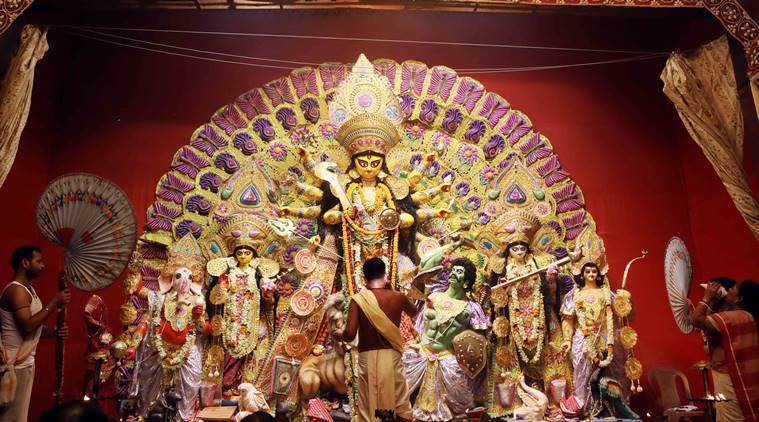 Kolkata (ILNS): With the Mamata Banerjee government of West Bengal opening up the process of holding community Durga Pujas in the state as in earlier years, disregarding a possible wildfire spread of Covid infections, a PIL has been filed in the Calcutta High Court, asking for a stay on the decision of the government.

The PIL states that doctors have already warned that large scale participation of people in the puja festivities may lead to a huge spread of COVID-19 infection in the state. The Petition claimed that after Onam celebrations, cases of COVID-19 infections had skyrocketed in Kerala.

The petitioner’s lawyer, Sabyasachi Chatterjee, prayed for a direction to the state government to not provide any financial assistance in cash or kind to the community puja organisers this year and to transfer the money to the Chief Minister’s State Emergency Relief Fund instead.

“Though Durga Puja is a much-awaited festival, one should not forget that this is the time of pandemic,” the petitioner emphasized.

It was also put on record that ‘Ganesh Chaturthi’, the biggest festival in Maharashtra, was a low-key affair this year and that Dandiya and Garba had been cancelled in Gujarat and some other states in view of the pandemic situation.

Did you find apk for android? You can find new Free Android Games and apps.
Share
Facebook
Twitter
Pinterest
WhatsApp
Previous articleHathras case: Supreme Court to decide on monitoring of CBI, transfer of case, security agency
Next articleSanjay Dutt opens up on his battle with cancer, says will ‘beat’ the disease soon and will be back