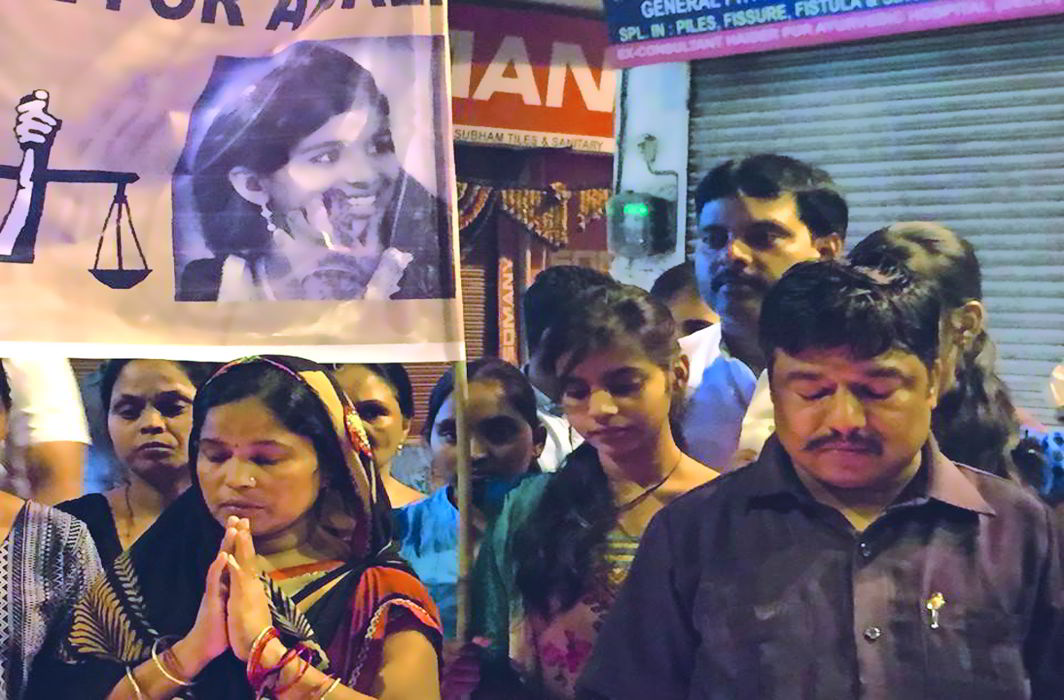 The WhatsApp status of Shyam Sunder Kaushal is poignant: “I miss you a lot my child.” For this tea vendor, his daughter was his life. But on April 16 last year, Anjali was hit on the head by something as she was standing on the balcony of her house along with her two younger sisters, watching the marriage procession of a neighbour. Family members initially assumed it was a firecracker but it later turned out to be a deadly bullet. When she was taken to hospital, doctors declared her brain-dead. Anjali died two days later. A tragic and needless death.

Kaushal has since then been fighting for justice and wants a ban on celebratory firing. He told India Legal: “We have complete faith in the judiciary, but not the police. We are not sure when justice will be served. The wait has further increased as the next date for hearing regarding compensation is in February.”

A case regarding the shooting was registered with the South Rohini police station. But police investigation into the matter has been suspect, he alleged. Surprisingly, an FIR was registered by the police even before Kaushal made a complaint. He alleged that police officials reached the hospital when his daughter was admitted and made him sign two blank papers.

According to him, the police had been pressurising him to say that he saw a man called Vikrant firing, and the bullet eventually hit his daughter and therefore to name him as the accused. As Kaushal was not present at the time of the incident and doubted the credibility of the investigation, he moved the Delhi High Court to get the case transferred to the crime branch.

Due to the absence of any evidence, Vikrant was allowed by the Court to go free. “Witnesses produced before the court are people from the same household and everyone denied seeing this man firing. There are no other witnesses,” Kaushal said.

He said that his younger daughter saw several rounds of bullets being fired during the procession and this had also been recorded in the video footage. However, he alleged that the footage was not made available. Moreover, Anjali’s postmortem report showed a bullet inside her head but that too was not produced before the court. “The bullet and the video footage were evidence but the police did not make enquiries about them,” he said.

Other fatalities due to celebratory firing

Hearing the petition of Kaushal and an NGO, the bench of Acting Chief Justice Gita Mittal and Justice C Hari Shankar directed the centre to come up with a policy to curb celebratory firing within three months. Bent on stopping this menace, Kaushal plans to file a contempt case if the government fails to frame the policy. “Positive guidelines from the government are sure to stop this nuisance of celebratory firing to a large extent,” Vajpai said.

Celebratory firing has claimed many lives not just in Delhi but in many states of North India. The Allahabad High Court had in 2012 ruled against this practice. A division bench of the High Court passed an order restraining the use of licensed guns for firing during celebrations. The order said that an arms licence issued for personal safety cannot be used during wedding processions, birthdays, victory processions or any similar gathering.

Even the Arms Act, 1959 has not been enough of a deterrent in this regard. One of the main reasons for this is the lack of stringent punishment and the police’s lack of seriousness in taking action in such cases.

“The police does not bother to file an FIR or take action until and unless a death has taken place, even if a case is registered under Section 336 which relates to ‘endangering life or safety of others’ which is a bailable offence and where the maximum imprisonment is six months,” said Vajpai. But there is no provision to punish anyone indulging in celebratory offence, he added. Even under the Arms Act, a gun licence can be cancelled but there is no punishment listed for such matters.

Kaushal has been campaigning on social media and organising candlelight marches for his daughter. “Even after this fateful incident, celebratory firing has not stopped. We do not want anyone to go through the pain we are enduring,” he says stoically.

The petition and the rejoinder filed by Shyam Sunder Kaushal are given below: